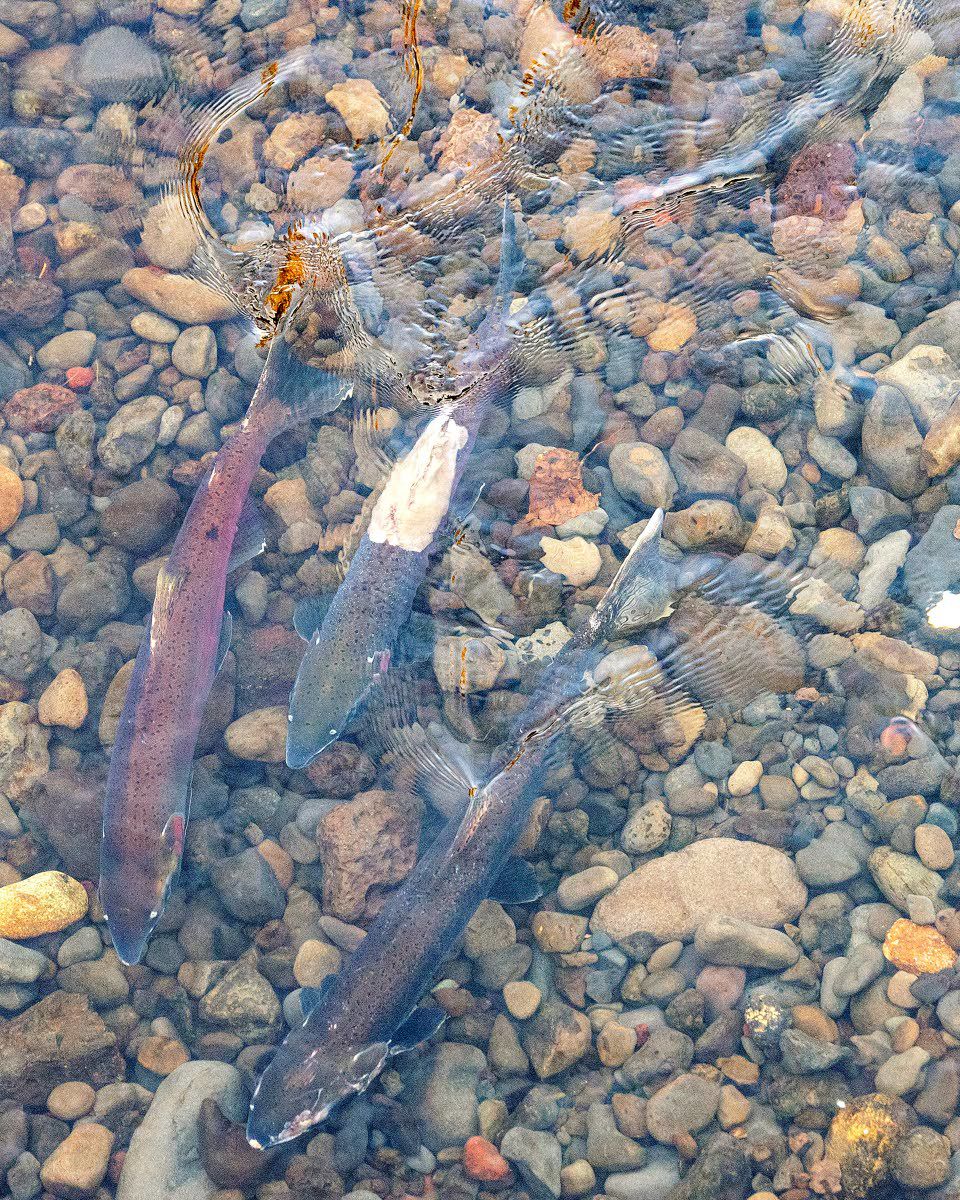 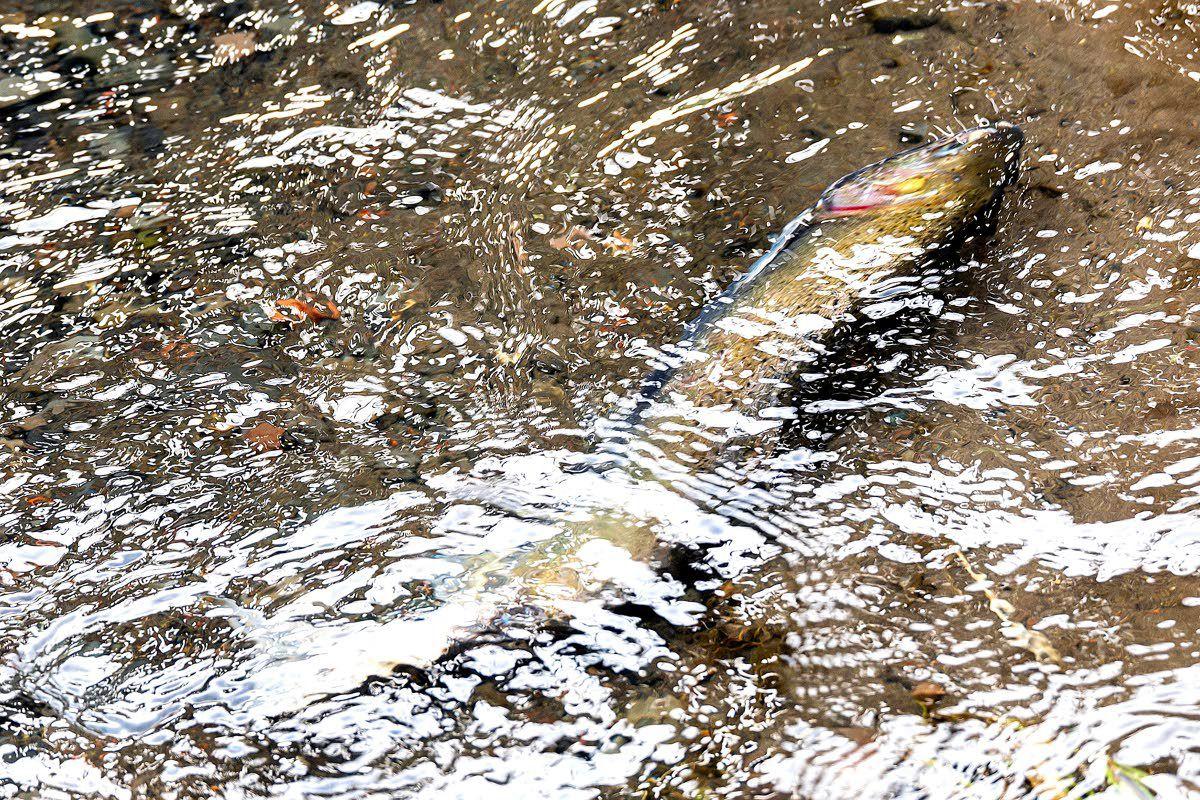 A coho salmon works to dig a nest in a calm section of Lapwai Creek at Spalding on Monday. 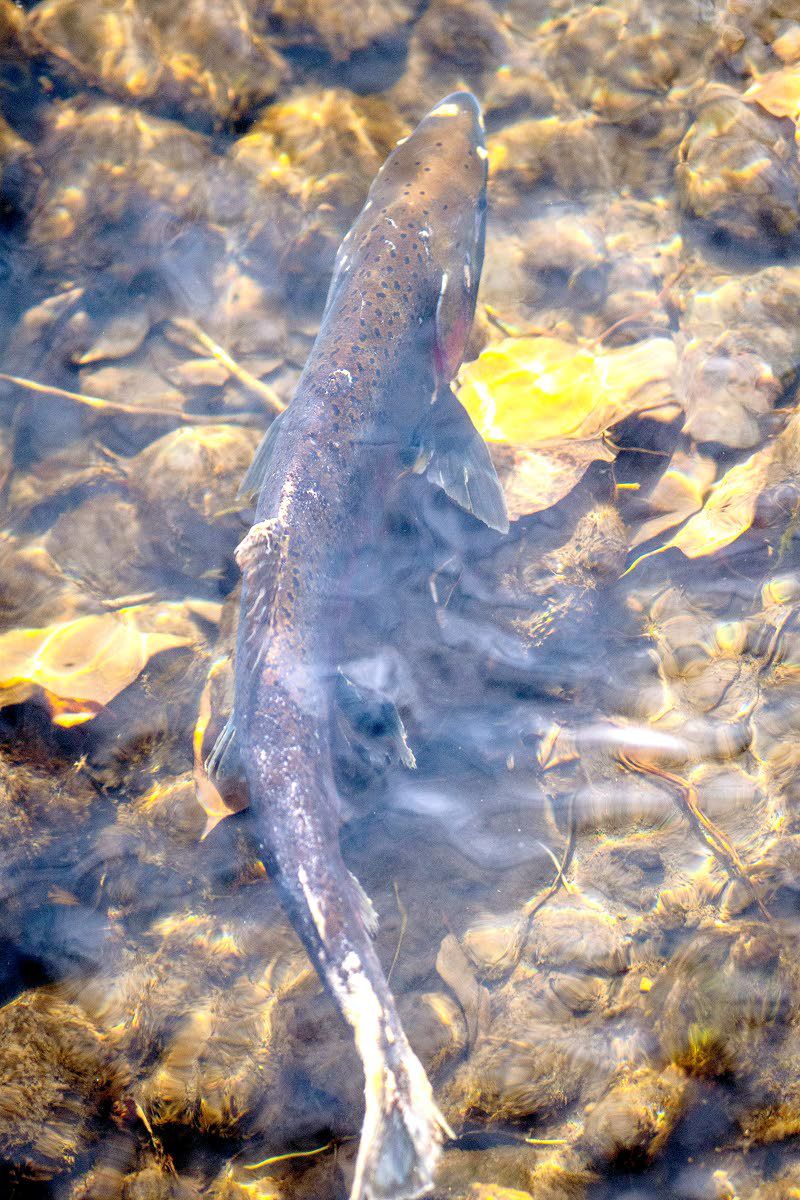 A coho salmon works to dig a nest in a calm section of Lapwai Creek at Spalding on Monday.

SPALDING — Coho salmon reintroduced by the Nez Perce Tribe are spawning in Lapwai Creek near here, as well as Lolo Creek and tributaries to the South Fork of the Clearwater River.

In a gloomy year for anadromous fish returns, coho, which were declared functionally extinct in 1985, are one bright spot. According to Mike Tuell, deputy production director of the tribe’s Department of Fisheries Resources Management, about 7,000 adult coho have returned at least as far as Lower Granite Dam. Most of those fish are bound for the Clearwater River, with a smaller number going to the Lostine River in northeastern Oregon.

Anglers were given a brief shot at catching coho in the Clearwater River, but the season ended last month. Tuell said the tribe collected enough adult fish to meet its spawning goals, and the rest are being allowed to spawn in the wild. Those that return to Lapwai Creek are actively forming redds there or have already spawned. Coho returning to hatcheries are being planted in Lolo Creek and the South Fork of the Clearwater River, where the tribe is working to establish local, naturally producing populations.

“The idea with surplus fish from the hatchery is to put them into Lolo Creek or the South Fork of the Clearwater or into Lapwai Creek,” he said. “We are looking to get natural production in those streams to help with the hatchery production.”

The tribe began a program to reintroduce coho into the Clearwater more than two decades ago. It took about that long for the run to build up to a point where fishing could occur. Now, coho fishing is allowed on a semiregular basis, depending on the strength of the run in a particular year.

Coho throughout the Columbia River Basin returned in good numbers this fall but fell well short of preseason forecasts. Coho in the Snake River are raised at Dworshak National Fish Hatchery, the tribe’s hatchery at Lostine and at Eagle National Fish Hatchery at Estacada, Ore. Tuell said the fish raised at the Eagle hatchery are acclimated in local waters before they are released as juveniles.

Coho were driven to extinction by the construction of the Lewiston Dam in 1927. The dam was removed about 50 years later.