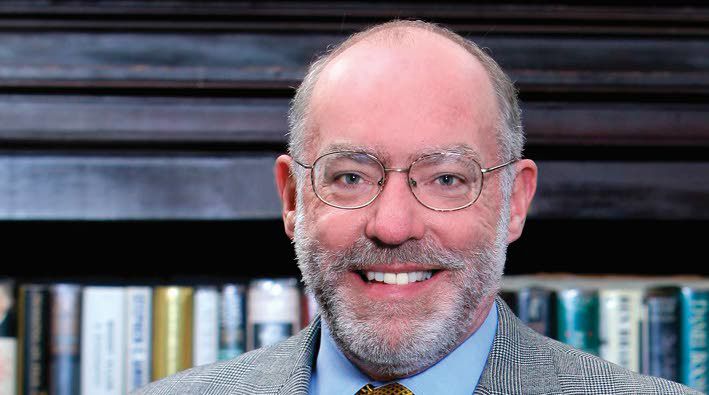 You may have heard a number of references this week to the Senate impeachment trials of two former presidents, Andrew Johnson and Bill Clinton, both of whom, given the long verdict of history, likely deserved to be convicted. Neither was, of course, and Donald Trump almost certainly will not be convicted, either.

“The proceedings there look like a flimsy excuse for a trial,” David Graham wrote in The Atlantic, “and they are. But under the surface, a series of real trials is going on. Vulnerable senators sit in the dock, the jurors are voters, and the verdicts won’t come back until November.”

While the serially lying president is technically on trial for abuse of power and his corrupt obstruction of Congress, additionally it is the Senate itself and individual senators on trial. And among the accused are Idaho’s get-along by going-along Trumpians, Mike Crapo and Jim Risch.

Neither Idahoan did anything this week to warrant the high public trust that voters have repeatedly bestowed upon them and their craven political opportunism may yet bite them. By repeatedly rejecting the notion that the Senate should actually conduct a trial of the president as the Constitution demands, Crapo and Risch have put the interests of the Republican Party — not to mention their own interests — ahead of the truth.

Both man voted over and over again not to seek witnesses or documents that the Trump White House has systematically refused to produce. This knowing disregard for information that could either convict or exonerate Trump may prove to be an effective strategy to prevent the truth from catching up immediately with the president. But the known unknowns of what is to come — a steady drip, drip of harmful revelations — should bring shivers to what is left of the spines of Crapo and Risch.

Risch also unintentionally provided what will both be a lasting image of Trump’s impeachment and a metaphor for his own bootlicking in service to the president. Since still cameras are not allowed in the Senate chamber, an old-school sketch artist for the New York Times captured Risch in pen and ink, head buried in hand, snoozing at length during the trial’s opening day.

Ironically, Risch’s afternoon nap came at the precise moment the Senate was debating whether to require the production of documents from the State Department, the agency of the federal government that Risch’s Foreign Relations Committee is supposed to oversee. It is worth noting that not once in the first year of his chairmanship has the napping Risch required an appearance before his committee of the secretary of state, who is positioned squarely at the center of the Ukraine scandal that engulfs Trump’s presidency. So, Risch’s sleeping is more than a metaphor; it is a pattern.

But set aside the comparisons to the racist, bullying Johnson in 1865 and the womanizing, dissembling Clinton in 1999. The true historical analog to the current Trump trial happened in 1954.

In December of that long-ago year of the Eisenhower presidency, the United States Senate actually acquitted itself very well by condemning the outrageous conduct of one its own — the junior senator from Wisconsin, Joseph McCarthy.

As much as Trump’s presidency reminds us of Richard Nixon, another vulgar Republican who at least had the good grace to confine his bigotry to private conversations and eventually had the decency to resign the presidency short of being impeached, McCarthy is Trump’s true political ancestor.

McCarthy, as the superb new documentary in the PBS American Experience series makes clear, based what became his celebrity and his Republican power on a lie.

McCarthy rode the fiction of widespread communist infiltration of the federal government all the way to the top much as Trump rode the lie about Barack Obama’s citizenship to his own takeover of the GOP.

Both men are bigots: McCarthy an abuser of homosexuals and “elites” in the entertainment world, while Trump attacks any critic, but particularly immigrants, Muslims and African Americans such as the blacklisted athlete Colin Kaepernick or Congressman John Lewis.

McCarthy was a bully. Trump is, too.

Both count the repulsive Roy Cohn, McCarthy’s Senate aide and Trump’s longtime lawyer, as a godfather.

Each attacked and skillfully manipulated the press and intimidated fellow Republicans into support or silence.

Each tapped into something dark and sinister in the American psyche, the uncommon willingness to embrace the paranoid and ego-driven impulses of a blustering demagogue. But there the parallels end because in 1954 the Senate, unlike today’s Senate, did something about McCarthy.

Led by Republicans who had enough of McCarthy’s nonsense — a hero of the story was Utah Republican Arthur Watkins whose role in bringing down McCarthy was featured in the first paragraph of his obituary 20 years later — 67 senators condemned McCarthy, as one biographer has noted, “for obstructing the business of the Senate, impairing its dignity, and bring the entire body into dishonor and disrepute.”

Yet with Trump, Senate Republicans can’t muster the guts to even seek, let alone confront, the truth. As journalist Susan Glasser wrote, the Trump defense team, much like the president, is “loud, intemperate, personally nasty, ad hominem, factually challenged, and often not even bothering to have a tenuous connection to the case at all.”

The word “Ukraine” did not pass their lips.

A Senate on trial and found wanting may well have even longer-term consequences for the increasingly fragile American experiment than ignoring the crimes of an individual president. Once the sideboards of constitutional constraint, where the legislative branch holds to account the executive, are chopped into kindling, the whole structure weakens and slides toward collapse. Have no doubt that is happening.

In 1954 when the Senate was on trial along with Joe McCarthy, Idaho’s then-Republican senators, like Crapo and Risch today, took the path of party loyalty rather than institutional honor.

Herman Welker, a one-term senator who if he is remembered at all is remembered as “an unflagging supporter” of his pal McCarthy, was one of 22 Senate Republicans — Idahoan Henry Dworshak was another — who refused to sanction McCarthy.

“I wonder,” Welker said after the McCarthy censure, “if we did not injure the reputation of the Senate more than we could have in any other way.” Welker’s prediction was blindingly wrong and history honors not him, but those like Arthur Watkins who defended the honor of the institution.

For Crapo and Risch it’s one thing to be a knee-jerk partisan, but an altogether more serious matter is to be a wrecker of great institutions in service to a criminal president.

Johnson served as press secretary and chief of staff to the late former Idaho Gov. Cecil D. Andrus. He lives in Manzanita, Ore.