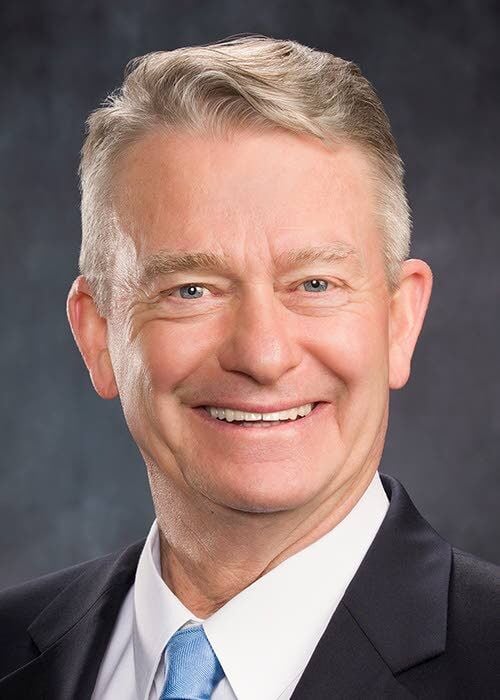 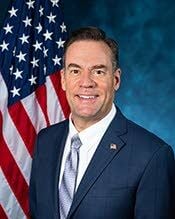 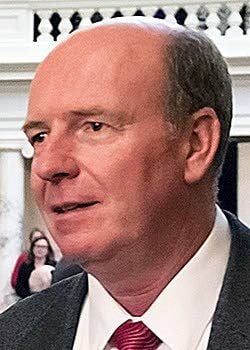 His administration’s deal with a Florida-based vendor reeks of the kind of cronyism Idaho has not seen since C.L. “Butch” Otter was governor and Tom Luna was the state’s school superintendent.

As Keith Ridler of the Associated Press reported, the State Board of Education — with approval from Little’s Division of Purchasing — signed off on a no-bid contract with ClassWallet to distribute $50 million in federal coronavirus emergency money to help low-income children continue their education during the pandemic.

ClassWallet will collect about $2 million in administrative fees from the state. Ridler adds the contract requires vendors to pay about $1.2 million to ClassWallet.

ClassWallet is represented by the lobbying firm Strategos Group, where Luna — the current Idaho Republican Party chairman — is a partner.

During his eight years in office, Luna signed a $182 million contract that was so favorable to Hewlett-Packard, you almost wondered who wrote it. Until the voters repudiated his legislative package in 2012, Luna was set to pay the company a 25 percent premium to deliver overpriced laptops on a lease — not purchase — basis in which the state was on the hook if anything went wrong.

The superintendent also snuggled up to Education Networks of America — even though it was not the low-bidder — to provide Wi-Fi to the high schools. ENA was one of Luna’s campaign contributors and the company’s Idaho customer service director once worked for Luna.

And don’t forget the massive Idaho Education Network debacle. Otter’s pal, Mike Gwartney, steered the $60 million contract away from the low-bidder toward two of Otter’s campaign contributors, drawing the ire of the federal agencies paying the bills and a rebuke from the Idaho Supreme Court.

Are we expected to believe that the imperative to quickly deliver money to needy Idaho families justifies a no-bid contract while Luna’s involvement is a mere coincidence?

Couldn’t the process have been expedited in some fashion to allow for competitive bidding?

Why not farm this job out to a state agency? How about a network that works directly with Idaho’s children and knows who needs help — the public schools?

Would Idaho GOP’s hierarchy stand still for a Democratic governor presiding over a no-bid contract that ends up steering business toward a client of a Democratic Party chairman?

What do you think?

Fulcher’s latest press release — prepared at taxpayer expense and released through his congressional office — reads like a campaign advertisement. It offers testimonial after testimonial from constituents who got help from Fulcher’s office. In all, Fulcher said his office collected $2.5 million in benefits for the people back home.

Taxpayers pay congressional offices to keep them informed. But Fulcher has crossed the line into over-the-top self-promotion less than two weeks before the Nov. 3 election.

Besides, isn’t constituency services part of the job description? Why does Fulcher feel the need to brag about it?

Not that this is out of character.

Fulcher is following an example set by his predecessor, former Congressman Raul Labrador, who in the early stages of his failed 2018 gubernatorial campaign used his congressional office to remind everybody what a great job he had done for veterans.

Since taking office, Fulcher has taken things to the limit — whether it was a loaded survey sent to Idahoans in both of Idaho’s congressional districts, using federal funds to purchase self-serving radio advertisements or even putting his daughter on the campaign payroll.

Meanwhile, Fulcher — a Republican incumbent in a heavily Republican district — collected about $25,000 less than his Democratic opponent, Rudy Soto, during the last quarter.

But who needs campaign contributors when you can use taxpayer dollars?

He balked when Republican operative Bryan Smith of Idaho Falls suggested Travis Oler’s status as a Democrat somehow made him unfit to serve in the Legislature. Oler is challenging Rep. Julianne Young R-Blackfoot.

“I wonder: Are people who identify with that party somehow not full citizens? Are their views therefore not worthy of consideration? And are their votes less important or powerful than we Republicans?” Anderson wrote recently in the Idaho Falls Post Register. “ ... Rest assured that we your neighbors to the south are competent to know from which party each candidate is nominated. We also have the right and the wherewithal to vote for any of them that we choose. ...”

Remarkable, isn’t it, that anyone even has to say that?

The only good that will do is deliver a tax holiday for many commercial property owners while homeowners will continue to get squeezed.

That’s because, with Moyle’s help, lawmakers capped the benefit of the Homestead Exemption — which is supposed to shield half the value of the modest home from taxation — just as Idaho’s housing market was taking off about four years ago. The result has been an historic tax shift. Homeowners are paying more. Owners of commercial properties are paying less.

Moyle insists anyone who argues for restoring the purchasing power of the Homestead Exemption by indexing it to inflation is misinformed.

“The homeowners don’t understand the homeowner’s exemption,” Moyle said. “That’s the whole problem with property taxes, is they’re not simple.”

As proof, Moyle turns to his own community. Because it’s primarily a residential area, Moyle says no tax shift has occurred.

Twice now, Ada County Clerk Phil McGrane has pointed out the fallacy of that argument. In fact, Moyle’s preferred option of a tax freeze would not spare 87.8 percent of Star homeowners from a tax increase.

So what is it that Moyle does not “understand” about the Homestead Exemption? — M.T.