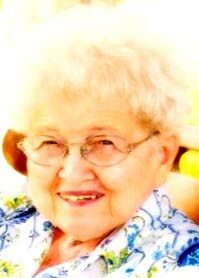 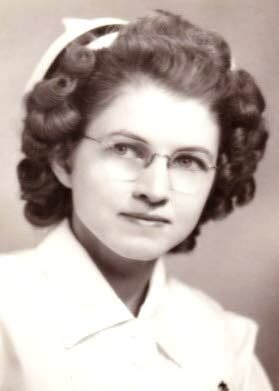 She was born June 16, 1919, to Charles and DeEtta Winger of Syracuse, Kan. She grew up on a farm close to Johnson, Kan., and was the eldest of three brothers and one sister.

June attended Grace Hospital School of Nursing in Hutchinson, Kan., and earned the top score in the state on her nursing boards test. She married the love of her life, Howard “Barney” Peery in 1947. They were married for 34 years before he died in 1979. They had two children, Laura May and David Scott. June and Howard farmed all their lives in Carpenter, Wyo. June also worked as a nurse in DePaul Hospital in Cheyenne, Wyo.

June moved to Clarkston in 1982 and worked six months at St. Joseph’s Hospital in Lewiston before retiring. She moved back to Wyoming and married Pete Cushing. When Pete passed away, she moved back to Clarkston to be with her family. She married Elmer Glantz in 1987. He passed several years later.

She loved to garden, always raising a large one; freezing, canning and sharing with neighbors. Her roses were always blooming.

June was a spiritual woman and was involved in many church activities all her life. She volunteered for hospice. She played the piano and organ at the Methodist church in Carpenter, Wyo., and at the Seventh-day Adventist Church in Clarkston. She also taught piano lessons to many students over the years. She loved to knit, crochet and embroidery, making afghans for each of her grand and great-grandchildren.

She was the light of her family and showed us how to live for Jesus every day. She will be missed deeply by her family, friends and all her knew her.

A graveside service will be held at 2 p.m. Monday, Sept. 14 at Mountain View Funeral Home and Lewis-Clark Memorial Gardens in Lewiston.