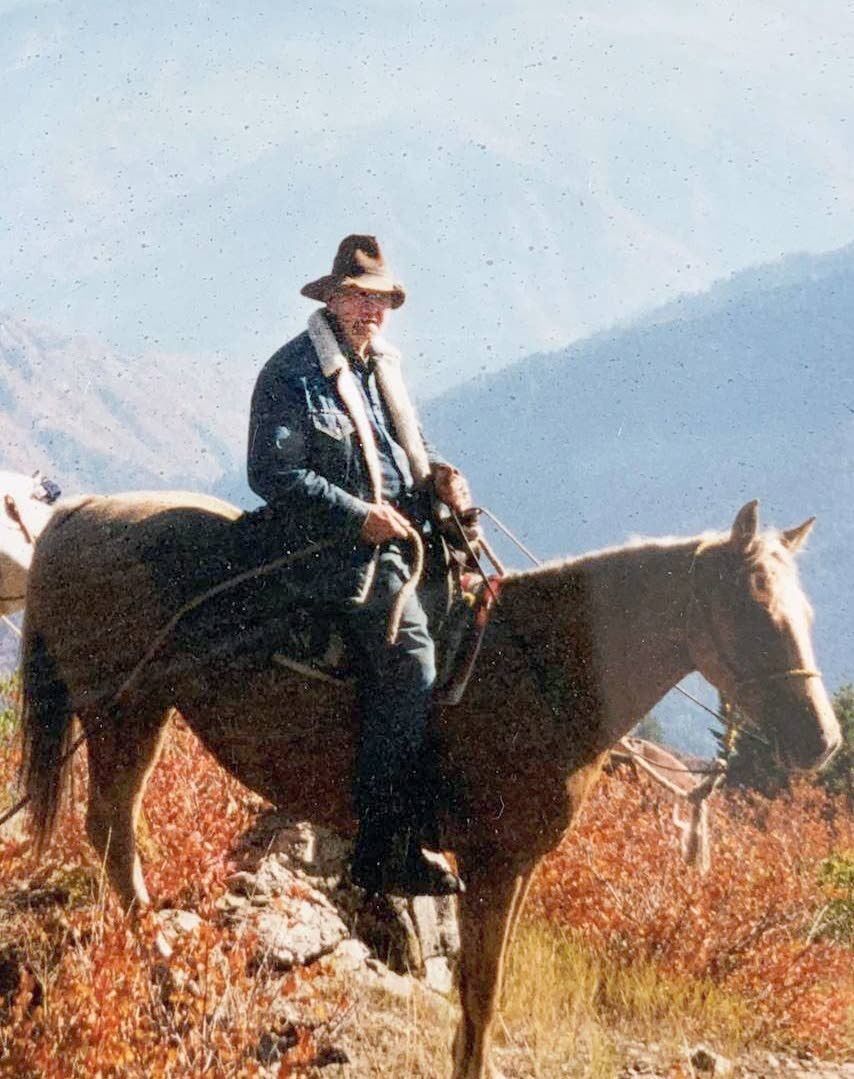 Marvin was raised in Harpster and attended school in Stites. He joined the U.S. Army in 1957 and was stationed in Davis, Calif., until he was transferred to serve in Korea. He was honorably discharged Dec. 31, 1962. He worked for different companies as an explosives engineer. During that time, he blasted the fish tunnel at Selway Falls and the tunnel between Colorado and Utah. He also worked as a log truck driver and worked in construction. If you’ve ever visited him at his home, you would have heard the story of him using a pack string to haul fencing for the construction of the new White Bird Grade. Most importantly, Marvin loved the mountains. He was a hunting guide, outfitter and outdoorsman.

Marvin was loved by many as Dad or Grandpa. He will be remembered for always having an open door for anyone in need. He always had a kitchen chair and a coffee cup or a cold beer ready for anyone who wanted to come in and sit down to visit. He especially cherished his grandchildren and great-grandchildren. During the last few years of his life, he had a close relationship with his great-granddaughter, Aubree, 6. He looked forward to her visiting every day and sharing a bowl of ice cream. He was her Papa, and she was his favorite nap partner.

Blackmer Funeral Home in Grangeville is in charge of arrangements.

Memorial services to be held at a later date.