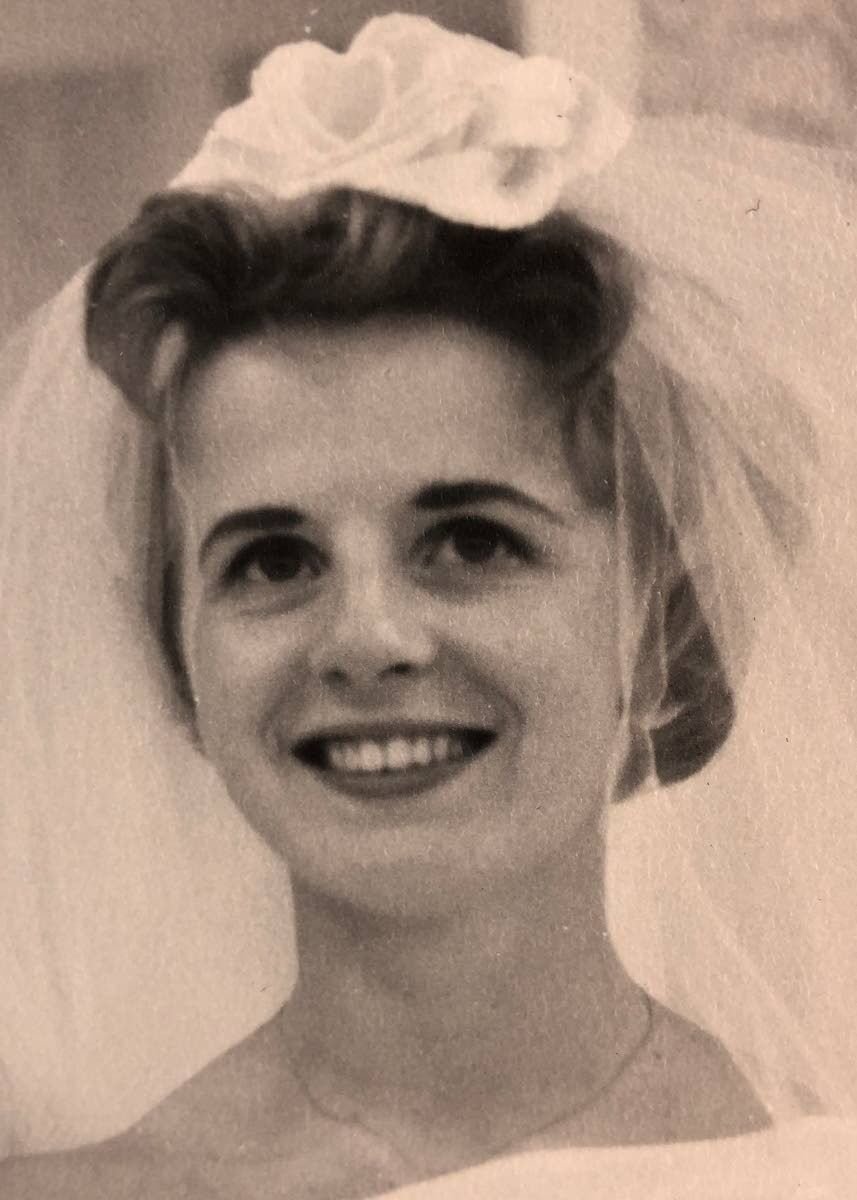 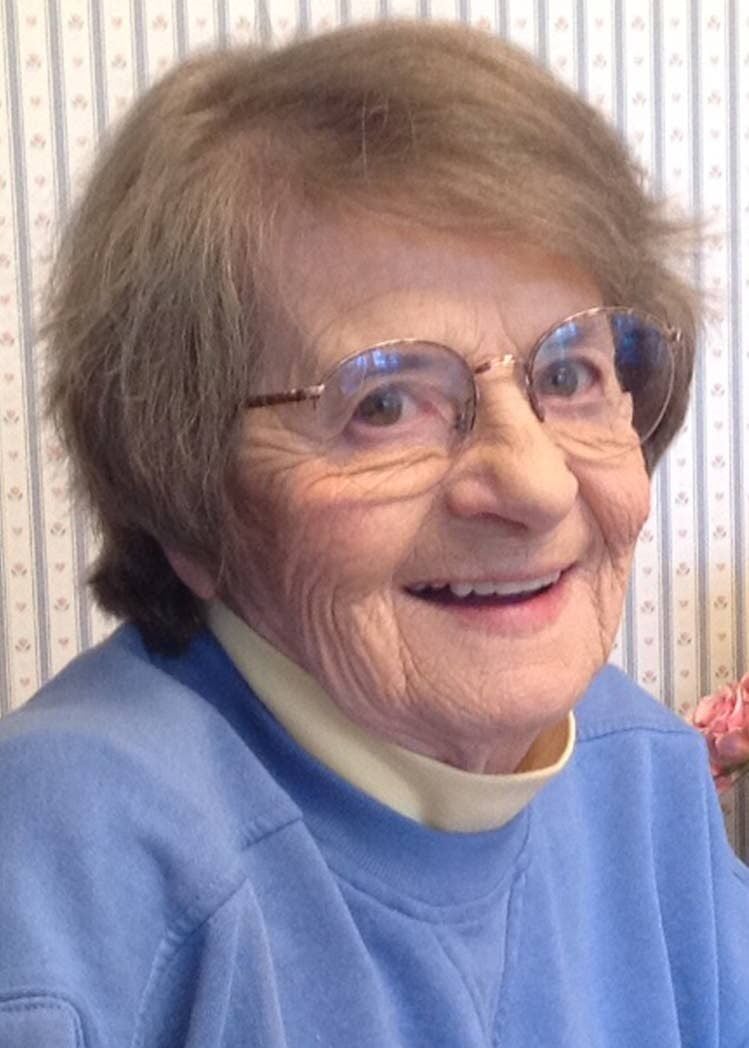 Marlene was born March 31, 1937, in Hammond, Ind., to Fred and Rosa (nee Reiff) Neubronner. Fred came from a line of several generations of horticulturalists in Neu Ulm, Germany. Rosa was gifted at textile arts and cooking. Together, their influence developed in Marlene lifelong passions for gardening, cooking and crafting. Those who knew Marlene well know that she also inherited a willingness to step up to unusual challenges, adopt new technologies early, share her knowledge freely, and to do so with a mischievous and often self-deprecating sense of humor.

Marlene grew up in Calumet City, Ill., and Hammond, Ind., with her younger brother, Fred Jr. While in high school, she coached an elementary girls’ basketball team to win the championship of her church’s league. Marlene graduated from Hammond High School in 1955 and went on to attend Valparaiso University, graduating with a bachelor’s degree in business (retailing) in 1959. Dissatisfied working as a supervisor at Marshall Fields in Chicago, she returned to Valparaiso for a degree in elementary education.

In 1961, Marlene moved to Los Angeles to teach elementary school in the community of Watts. Soon thereafter, she met the love of her life, Richard Johnston, at a gathering of the Hollywood Young Republican Club. They married nine months later, June 16, 1962, settling in Santa Monica, Calif. Son Kenneth was soon born, followed by daughters Erika and Nancy. By that time, they lived in Rolling Hills Estates, Calif. In 1972, Richard, who was working for the Canteen Corp., applied for the position of alumni director at the U of I. He got the job and the family was off to Moscow.

Once in Moscow, Marlene immersed herself in school-related activities. She started making puppets and entertaining children with puppet shows at local elementary schools. After her children were enrolled at Russell school, she noticed the dreary curtains in the school cafeteria and offered to provide new ones. She sold puppets to purchase livelier fabric and recruited other mothers to sew the curtains that remained in the school until 2005. From then on, Marlene enjoyed learning crafts and sharing her knowledge with her children and their peers. Her kids are fond of listing her many interests: candle making, weaving, upholstering, costume design, stained glass art and concrete garden sculptures, to name a few. For several years, she taught batik to first graders at McDonald School — no small feat when you consider the boiling water, molten wax, black dye and hot irons that are involved. In the early ’80s she ran the school district art show at the UI Student Union Building.

Marlene became active in the Moscow Garden Club and her interest in gardening led her to become a member of the UI Arboretum Associates in 1978. The organization raised funds and awareness of issues related to the development of the arboretum extension and recruited volunteers to perform much of the early planting and landscaping. She served the group as president in 1981-82, and again in 1989-91. In 1985, Marlene initiated a series of gardening workshops that were popular and continue off and on today. Also in the ’80s, she developed a passion for irises and planted 200 varieties arranged alphabetically. She sent hundreds of divisions to gardeners throughout the U.S. via a garden group on the internet. Locally, she began iris sales to benefit the arboretum that have since evolved into an annual fundraising event. She also worked with Schreiner Gardens of Salem, Ore., to introduce the “Vandal Spirit” hybrid of iris in commemoration of the UI’s Centennial in 1989.

Marlene was an entertaining hostess for many visitors to Moscow, who often lodged in the Johnston home while in town for U of I functions such as Vandal football games, homecoming and commencement.

Some may recall that for several years, she recruited her children and friends to hand-decorate 300 commencement programs with dried flower arrangements. Marlene also created the original UI Joe Vandal mascot costume, complete with fiberglass helmet and shield.

In 1995, after Richard retired, they moved to a quiet country home outside Orofino. There was no garden club in Orofino so Marlene started a nonaffiliated garden group. One of the big joys in her life was propagating new plants and experimenting with new techniques. She especially enjoyed growing and sharing the more unusual plants, those not offered at nurseries. Rarely did someone visit her garden and go home without a plant ... or a boxful.

While she may have seemed like a passionate gardening mom to many, those who knew her best will cherish her offbeat nature. Some of her children’s first memories are of her dancing in the living room to “Zorba the Greek” and “Fiddler on The Roof.” She was an Oakland Raiders fan before being a Raiders fan was cool. At the cocktail parties she and Richard hosted, she often amused guests with her custom-made T-shirt which read, “WHO INVITED ALL THESE TACKY PEOPLE?” Her favorite necklace, purchased in the 1950s, was a large coin that featured the bust of Napoleon Bonaparte. She liked to keep people laughing, smiling or guessing.

Throughout her life, Marlene traveled far and wide, enjoying family trips in the United States and Canada, Germany, Hawaii, New Zealand, Australia, Switzerland, Austria, Spain, plus cruises to the Caribbean and the Panama Canal. Marlene and Richard enjoyed an unforgettable cruise to Alaska with the entire family to celebrate their 50th anniversary.

A memorial service will be held at 11 a.m. Sept. 16 at Emmanuel Lutheran Church, 1036 W. A St., Moscow, and will be followed by a gathering of family and friends at noon at the Best Western in Moscow. The family requests that memorial gifts be designated to the UI Arboretum through the University of Idaho Foundation.

Arrangements have been entrusted to Short’s Funeral Chapel of Moscow, and online condolences may be sent to shortsfuneralchapel.com.