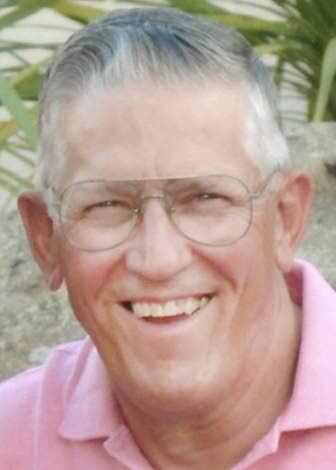 Lawrence “Larry” Francis Arnzen passed away peacefully at home surrounded by his family Saturday, Feb. 20, 2021, at the age of 76, because of complications from PSP (a form of Parkinson’s disease).

Larry was born May 12, 1944, in Cottonwood, to Lawrence and Margaret (Wemhoff) Arnzen. Four eager brothers awaited his arrival at the family home. They needed another boy to play war games and to create mischief in the barn. Five years later, the crew was complete with the addition of yet another boy and playmate.

Larry attended grade school at St. Joseph’s Catholic School in Cottonwood and went on to graduate from St. Gertrude’s Academy in 1962, where he passed typing class, with Sr. Gonzaga, by being her “assistant.” Larry never did learn how to type.

After high school, Larry joined the Army National Guard in 1963, where he was stationed at Fort Leonardwood, Calif., and in 1968 was activated to Fort Lewis, where his unit was called to serve in the Vietnam War. While in the Vietnam War, he worked as a heavy equipment operator and, as Larry would say, moved rocks from Point A to Point B and back to Point A again. He was honorably discharged in 1969. Larry was proud to serve his country and was an active member of the Veterans of Foreign Wars.

After returning from Vietnam, he married Patty Arnzen on Nov. 22, 1969. To this union was born three children, Brendan, Cheryl and Cindy.

Larry never went on a vacation until later in life because working on his farm was his “vacation.” In 1970, he took over the family farm and worked from sunup to sundown, taking care of his land and animals. For more than 30 years, Larry raised pigs and cattle. The pigs left the farm when his three children went off to college, but his cattle still remain on the family farm. His summers were spent haying and harvesting wheat and barley and in the fall his passion was checking on his newborn calves. Throughout the winter, he spent countless hours feeding and tending to his cattle. Farming and ranching was Larry’s passion and his hobby. Larry was very meticulous. He spent numerous hours doing yardwork, which included building a beautiful waterfall, his Moses’ Rock, in his backyard.

Larry led by example. He lived by a strong work ethic, commitment to faith and love for family. Larry was a man of few words, but never knew a stranger and enjoyed family get-togethers, visiting with neighbors, and spending time on the football, soccer, baseball and lacrosse fields watching his grandsons. He was involved in 4-H and was a leader for numerous years. He belonged to the Camas Prairie Swine Growers, Idaho County Fair Board and the Idaho-Lewis County Cattlemen’s Association. He was a commissioner for the Cottonwood Highway District and a member of the Knights of Columbus. He was also very active in his church. Larry and his wife, Patty, were grand marshals for the Idaho County Fair in 2001.

He was preceded in death by his parents; his brother and sister-in-law Henry and Rosanne Arnzen; and brothers-in-law Bernard Kaschmitter, Harold and Edward Arnzen.

In lieu of flowers, donations may be made to St. Gertrude’s Monastery, the Idaho County 4-H Program or to an organization of your choice.

A heartfelt thank you to Larry’s doctors, Ron Sigler and Teel Bruner, and his caregivers, Cindi, Marissa, Wendy, Lexi and Hope. Thank you also to Syringa Hospice.

Blackmer Funeral Home of Grangeville is in charge of arrangements.