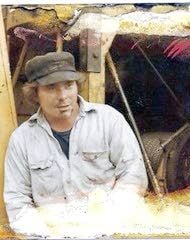 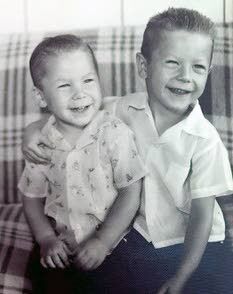 The pain, misery and medical problems that plagued him these last few years are at a merciful end for my brother and best friend, Larry Spence. Per his wishes, he passed away peacefully Tuesday, Oct. 5, 2021, with family at his side in his longtime home in Weippe.

Larry was born Feb. 7, 1954, to that good lookin’ Al and Wanda Spence and lived in Weippe his entire life. He went to school there and graduated from the consolidated Weippe-Pierce high school of Timberline in 1972. He then went to work for Bill Maki of Maki Manufacturing Inc. for several years. He always considered that experience as one of the most fruitful and fulfilling of his life and considered Bill his lifelong mentor. I was fortunate enough to witness, on many occasions, those skills as Larry and I worked for Carney Pole for a few years and then bought an old Skagit SJ4 RT swing yarder and became contract loggers for about eight years. There is no doubt that Larry’s mechanical abilities learned under Bill’s watchful eye were a major contribution to the success of both ventures.

About the only thing that Larry liked better than mechanicing on heavy equipment and being a machinist was operating a yarder, cable loader, cat or grader. By unanimous consensus he excelled in all of the above. He continued to operate the equipment acquired by Spence Brothers Logging and bought me out after I moved to Forks, Wash., in 1987. He went on to acquire even more logging equipment under his business Idaho Crane and Machine. He ended up with more equipment than he could fit into his world-class dream shop that he finally got built on his Weippe property. In later years, he hired on for the Weippe chapter of the Clearwater County Road Department and was well known and highly praised countywide as the best grader operator ever, whether it was shaping up and maintaining gravel roads or keeping them and many driveways clear of snow in the winter time. The shop I mentioned now houses lathes, drill presses, milling machines, compressors, cutting torches, welders and tools that I have no idea how to operate. That “shed,” as he referred to it, was one bright spot over the last few years, but not the brightest.

At his request, he will be cremated and no services are planned. The family asks that he only be remembered for his kindness, consideration and generosity to everyone who knew and loved him. His family thanks all of those involved in his life, the well wishes, prayers and concern throughout this difficult time.