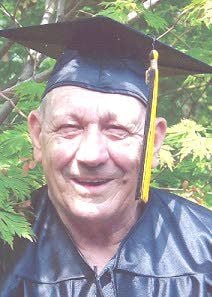 He served in the U.S. Navy on the mine sweeper Tucan as a radio repairman during the Korean War, and afterward enjoyed a career as a journeyman electrician, belonging to the International Brotherhood of Electrical Workers (IBEW) for 60 years.

Whatever Jeff did, he gave it his all, volunteering countless hours in support of his activities. In Vancouver, he was dedicated to the sport of bowling and spent years coaching youth. He also held offices (including president) for both Clark County and Washington State Men’s Bowling Associations, and was inducted to the Clark County Bowling Association Hall of Fame in 1994.

While always an avid gardener, after moving to Clarkston, he completed master gardener’s programs in both Washington and Idaho, and especially loved working at their booths. He later studied Earth sciences, completing an Associate of Arts degree at Walla Walla Community College at the age of 74. When he joined the Clarkston Presbyterian Church, he added caring for the grounds and buildings to his volunteer duties.

He was quite proud of, and enjoyed being with, his grandchildren near and far. He followed their many activities, taught them to play video games, let them build things in his shop and took them grazing at Costco (which he enjoyed so much that it led to a stint as a food server there). He even let them turn the backyard into a wheat field for a seed-to-loaf project.

He pursued many interests over the years (for example, tropical fish, woodworking, reading), but his biggest hobby of all was talking to people. Jeff had a kind word or cracked a joke to everyone he met.

His memorial will be 11 a.m. Saturday at the First Presbyterian Church of Clarkston, 1222 Diagonal St., with burial at a future date in Vancouver, Wash.