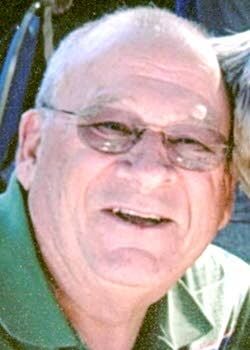 James “Jim” Frederick Spangler, 79, of Lewiston, died Thursday, Dec. 23, 2021. He was born in Detroit to Ethel M. Palmer and Earl H. Spangler Sr. on Aug. 19, 1942. His parents moved to Bonners Ferry, Idaho, in 1945 and then to Potlatch in the same year. His parents purchased a stump ranch out of Viola, where they lived until 1952, and then moved to Potlatch, where he grew up. He attended Flannigan Creek rural school for the first three grades, and the fourth grade in Moscow’s Russell School. When the family moved to Potlatch he completed his schooling and graduated from Potlatch High School in 1960. He then attended business school in Boise, where he worked part-time for the Boise Journal, a weekly newspaper, as business manager and circulation director. He then returned to Moscow, where he was employed for the J.C. Penney Co., when he met his future wife, Pauline Joann Reisenauer. They were married July 23, 1966, at St. Mary’s Catholic Church in Moscow and have been married for 55 years.

Shortly after their marriage, he was hired by Washington State University Extension in their publications office, where he was later elevated to publications and print shop manager. He retired from Washington State Extension in 2004 after 36 years of continuous service. He served in the Idaho Army National Guard as Company Clerk for the 148th Field Artillery Division and later the 928th Firefighter Platoon.

He and his wife lived in Moscow on Third Street for 41 years and were very involved with student ministry through St. Augustine’s Catholic Student Center. They moved to Lewiston in 2006 to be closer to Pauline’s sisters to help care for their aging mother, and to take advantage of the 10-degree warmer temperatures. He volunteered driving the food van for the Community Action Food Bank, as well as cooked and volunteered for the Salvation Army preparing meals for the “Soup Kitchen” and serving on their Advisory Board. He also served on the Monastery of St. Gertrude’s Development Council and was the Financial Secretary for the Lewiston Knights of Columbus Council 1024. He and Pauline traveled to many destinations of the world, and he felt much enriched to live in Idaho.

He was preceded in death by his parents, Earl and Ethel Spangler; his sister, Virginia Veltkamp; and his brothers Earl Jr., Donald and Thomas.

He leaves behind his wife, Pauline; and a brother, Jack (Rene), of Newport, Wash. In addition, he leaves behind many extended family members from around the world, and his cat, Moochie Mae.