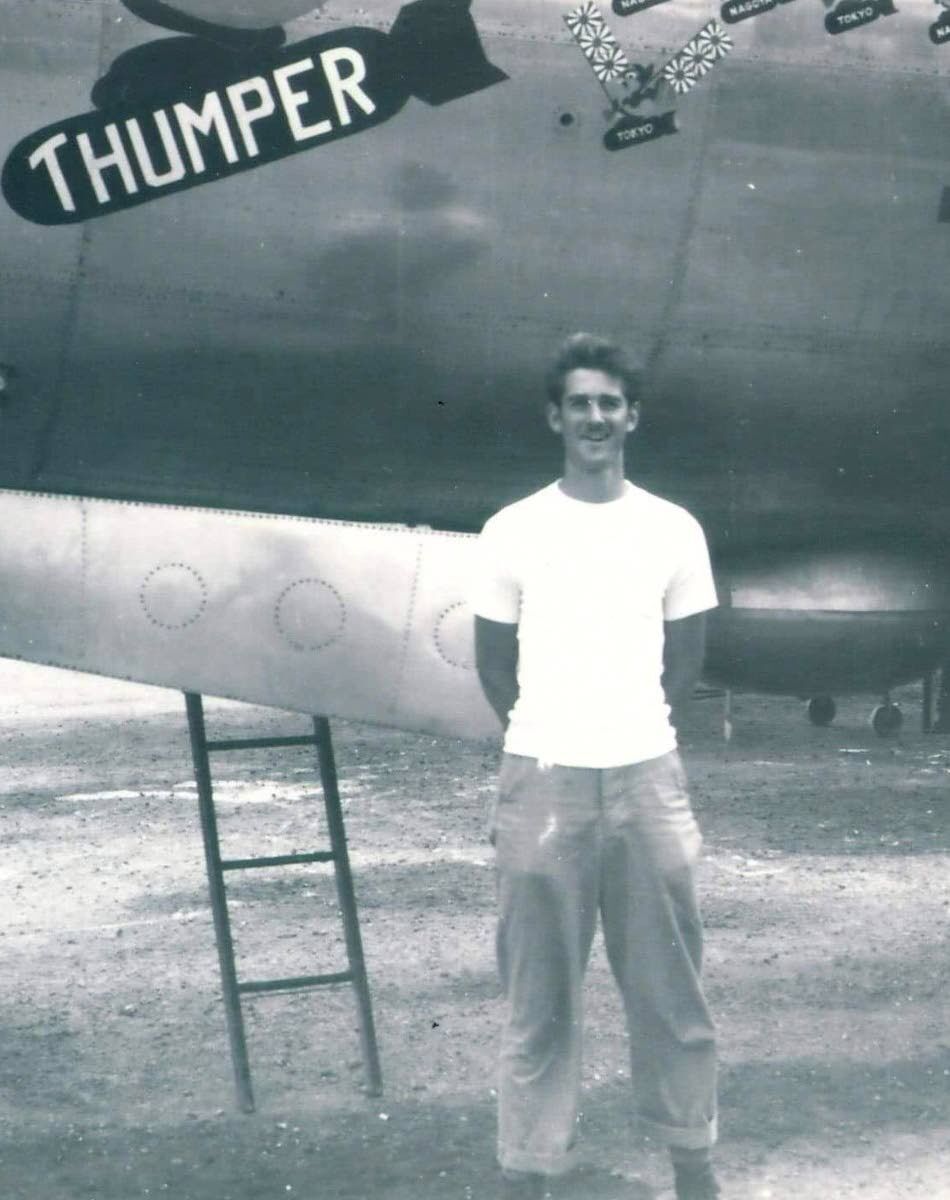 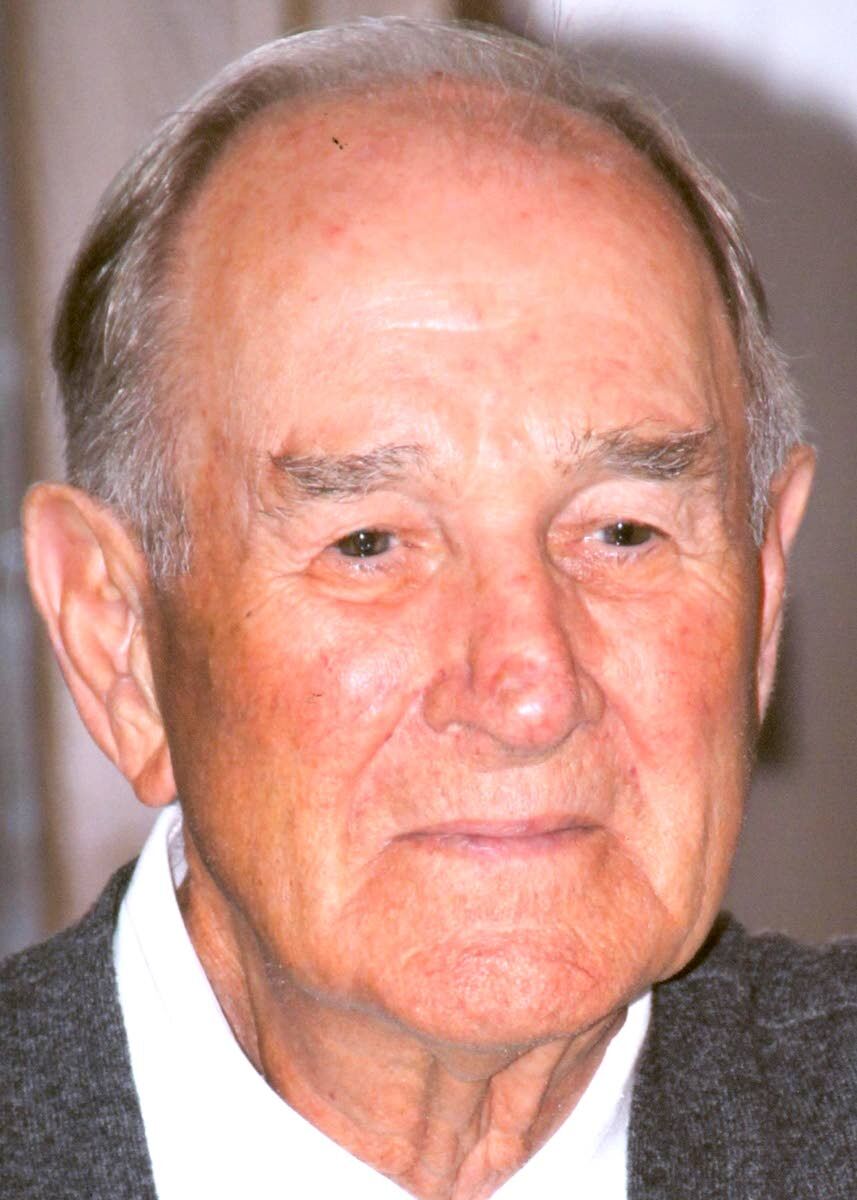 Known to his friends affectionately as “Pen” or simply “G.E.,” Mr. Penrod was married to his wife, Bertha, for nearly 72 years and was father to sons Gary Penrod, of Nine-Mile Falls, Wash., Kevin Penrod, of Omaha, Neb., Kraig Penrod, of Snohomish, Wash., and daughter Karyn Bielen, of Boise; along with eight grandchildren and one great-grandchild. He leaves behind a rich history spanning most of the 20th century, from far-flung battlefields in the Far East to the lakes, rivers, forests and fields of the Pacific Northwest.

Mr. Penrod was born June 5, 1923, in Polson, Mont., on the southern tip of Flathead Lake, the youngest of four children. His family describes Pen’s youth as “growing up wild in Montana.” The young Mr. Penrod often skipped school to hunt or fish, and on several occasions attempted to run away from home to join his older brothers in Los Angeles.

Godfrey once hopped aboard a westbound freight train at the age of 8 in 1931 to ride the rails in hopes of getting to California. That attempt to flee Montana ended when the young Mr. Penrod was apprehended in Spokane by local truant officers who sent him back to Polson.

His children delighted in their father’s tales of adventure throughout his colorful life.

Once, on a day when he didn’t want to go to school, Godfrey decided he would hunt ducks on a frozen reservoir outside Polson. Armed with a double-barreled, 12-gauge shotgun, Pen first attempted to use a rowboat to get out onto the water and closer to the nesting ducks. The boat was frozen solid in the ice. Using his shotgun to batter the ice and free the boat, Pen was startled when one of the barrels discharged unleashing a load of shot within inches of his head. Deciding against that, Godfrey attempted to carefully walk, shotgun in hand, out onto the ice to get a closer shot at the birds. He slipped on the ice and fell face forward onto the shotgun. It discharged a second time. Deciding he might best return to school before he killed himself with his own shotgun attempting to hunt ducks that morning, Pen went home, put the shotgun away, and slinked back to the Polson elementary school for classes. This was the life of the young Godfrey Penrod growing up wild in Montana.

By the time Penrod graduated from Polson High School in the spring of 1941, he joined friends in Seattle and got a job working for the Boeing Co. War broke out that December. Too young to be drafted, Godfrey decided to enlist so he could serve in the United States Army Air Corps. He would later say, “If I was going to fight in this war, I wanted to do it in the air as a flyer.”

He was originally chosen to be a member of a crew aboard B-17 bombers bound for the 8th Air Force in England headed into the air war against Germany. However, young Mr. Penrod fell ill with a fever while attending flight gunnery school in Kingman, Ariz., and was sent to sick bay. He missed the graduation of his gunnery school class headed to the European theater of war. After recovering from his illness, Godfrey Penrod was assigned to the new 20th Air Force in a crew to be trained for operations in the Pacific aboard the new B-29 Superfortress being built by Boeing.

Penrod was sent to Saipan where he joined the crew of what would later become one of the most famous B-29s ever to see service in the Pacific theater of operations, the B-29 bomber called “The Thumper.” Aboard Thumper, Penrod flew 35 missions over Japan, and his plane was among the first B-29s to land on Iwo Jima with the Marines still fighting to secure the island from the Japanese. Penrod and The Thumper participated in the enormous firebomb raids on Tokyo that leveled the Japanese capital.

Aboard Thumper during one of these harrowing missions, Staff Sgt. Godfrey E. Penrod was awarded the Distinguished Flying Cross for heroism in combat. His crew, after completing their 35th mission, was sent home on a goodwill tour of the United States.

He survived World War II without a scratch, but his wife often laughed at Penrod’s good luck with a wink, saying, “He used up about eight-and-a-half of his nine lives in the war.” At his death in January 2021, Godfrey Penrod was the last surviving member of the crew of The Thumper.

After World War II, Penrod worked as a builder for crews constructing high-tension powerlines throughout the Pacific Northwest. When you see a power line stretched across a Pacific Northwest gorge or arcing across a mountain or deep ravine, Godfrey Penrod was one of the men who built it.

In the late 1950s, he decided he wanted to start his own business and, with partners in Colfax, purchased and developed the Palouse Nursing Center, a small nursing home in Colfax. Branching out after getting his start as the owner and administrator of this small nursing home, Penrod later purchased the Orchards Nursing Home in Lewiston. At the time, it was a small, 15-bed facility. Over time, Penrod expanded and improved the care facility in the Orchards until, by the mid-1970s, the Orchards Nursing Home was a 150-bed facility and the largest nursing home in the state of Idaho.

Godfrey Penrod was honored by the Idaho Nursing Home Association and served as its president.

Most of all, he loved the fall: his wife, Bertha, his sons and daughter, Washington State University and the Cougars.

Penrod was one of the longest-serving donors and supporters of Washington State University athletics in the history of the university. Mr. Penrod, as a young man living in Seattle after World War II, decided he liked WSU and joined the Washington State University Cougar Club in 1951. It was the beginning of a 70-year love affair between Godfrey Penrod and the WSU Cougars. It’s a passion he shared with his wife of nearly 72 years, Bertha Penrod, who survives him, and their four children, who all attended and graduated from WSU.

The Penrod clan is famous for their Cougar spirit, which had its genesis with Godfrey, who always encouraged the family to support Cougar athletics in mind, body, spirit and financially as well. And to always be a good sport and to be a good sport all ways.

After Washington State’s old wooden stadium, Rogers Field, burned in an arsonist’s fire in 1970, the administration was looking for financial donors to build a new stadium. Former WSU Athletic Director Sam Jankovich and Godfrey Penrod were longtime friends and when Jankovich came to Penrod to ask that he help be a stadium builder in 1971, Mr. and Mrs. Penrod donated $10,000 to the cause. It was only one part of Godfrey Penrod’s ongoing philanthropy and generosity to the university which went on for decades through the 1950s, 60s, 70s, 80s, 90s and into the 21st century.

Godfrey Penrod was also known as a generous man who was always kind and gentle with his extended family. The sons and daughters of in-laws were also considered to be de facto sons and daughters of Godfrey and Bertha, who were always willing to step forward with assistance and guidance, love and nurturing no matter when, where or why.

The young Godfrey Penrod, growing up in Montana, faced a childhood in the depths of the Great Depression without a father (his father left the family) and without the care of a mother, because his mother was beset by illness and confined to a state facility while young G.E. was a child. His children often wondered how a man who’d never had a father to set an example could learn to be the kind and loving father Godfrey always was to them and to many others.

He had been literally raised by the community and took from it his own private example of what a good man, a fine man, the type of man who would become the exemplar of the most wonderful father a child could have. And Godfrey Penrod lavished this love and loyalty on his wife and children his entire life.

Godfrey Penrod has asked that any remembrance be forwarded to the Washington State University Cougar Athletic Foundation and his ashes have been spread upon the Pullman campus he loved so much.