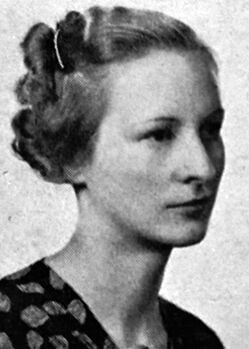 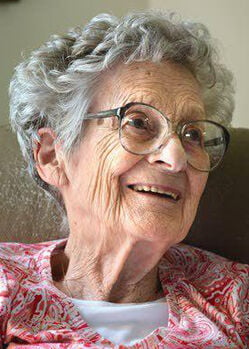 "My cousin Norman lived with mother and daddy a few summers. One summer day he went to the field to tell daddy that mother needed him. Daddy rushed to town to get Dr. Brown. I was born July 13, 1916.”

That’s how Glenette Otton described her birth to Will and Crystal Fouste on the family homestead near Council, Idaho. She passed away Tuesday, Oct. 19, 2021, at St. Joseph Regional Medical Center.

Glenette was Will and Crystal Fouste’s firstborn, but she was followed by brothers and sisters Don, Margaret, Bill and Dorothy. A deep appreciation for family and the world surrounding their ranch was formed during their childhood.

She wrote, “I have strong memories of riding on a ‘stone boat’ over the hills while Daddy built fences. In the summer, it was pleasant to sit on a load of sweet smelling hay which Daddy cut and brought down to the barn from a field in Squirrel Hollow, on the hill north of us. The rides to town were so cozy in the winter since I cuddled under a warm blanket in the back of the sleigh.”

It was a “Little House on the Prairie” setting for Glenette’s family. She and her siblings were free to roam over wheat fields and orchards as long as they remained within sight of the ranch house. Glenette wrote, “At night, mother would pray with us, saying, ‘My mother always prayed with my sister, Ella, and me at night.’ Mother taught that God made us.”

Glenette was home-schooled by her mother before beginning grade school in Council, where she completed her first eight grades. Her high school years were spent at Wasatch Academy in Mount Pleasant, Utah. After graduating from Wasatch in 1934, she attended Westminster College in Salt Lake City for half a year. She moved back to Council and began pondering her next move. The following is her explanation of how that decision was reached: “Mamie McClure was a close, friendly, helpful friend. One day she and I were sitting alone in our small friendly church. She, who was never bossy, had orders for me. ‘I know you plan to attend the University of Idaho, but since you enjoy the young children in your Sunday School class, change your mind. Go to the Normal School in Lewiston.’ I had a job lined up at U of Idaho but listened to Mamie. That was the only, only, reason I came to Lewiston.” Her family is thrilled she did.

Glenette enrolled in Lewiston State Normal School and earned her two-year teaching certificate in 1936. While still a student, she met Ed Otton on the steps of Talkington Hall. “He was real friendly,” she recalled of their first meeting. After graduating from the Normal School, Glenette taught for one year in Worley, Idaho.

Ed and Glenette were married Nov. 6, 1937, and shortly after built a home in the Third Street and 18th Avenue neighborhood, where they both would live the remainder of their lives. Four rambunctious boys were born to them in a four-and-a-half-year span — Ed, Bill, Jim and Sid. Glenette used her education training to teach them about the world around them and how to behave.

In 1954, Glenette returned to teaching at Poplar (now Grantham) Elementary in Clarkston and continued until 1978. Upon retirement, she busied herself with reading, gardening, visiting with family and friends, walking and serving at Congregational-Presbyterian Church, where she was a devoted member for more than 80 years. She was a regular attendee at their three-times-a-week exercise class, even after reaching 100.

Glenette is survived by her four sons and their wives: Ed (Colleen) of Vancouver, Wash., Bill of Coos Bay, Ore., Jim of Lewiston and Sid (Marjean) of Tumwater, Wash.; seven grandchildren; 19 great-grandchildren; 11 nieces and nephews; and close friend and care-giver Laveta Rose of Lewiston.

She was preceeded in death by her husband, Ed Otton; parents Will and Crystal Fouste; brothers Don Fouste and Bill Fouste; sisters Margaret Millspaugh and Dorothy Nist; daughter-in-law Corky Otton; four nieces; and one grandson.

Private graveside services with family have been held. A memorial service will be scheduled at a later date. The family suggests memorials be made in Glenette’s name to the Congregational-Presbyterian Church, P.O. Box 1585, Lewiston, ID, 83501.