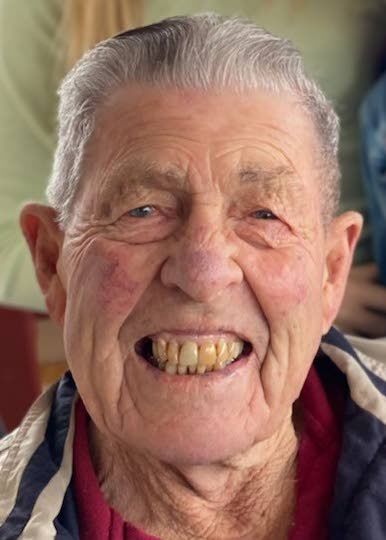 Wow, what a ride. Gerald F. “Gerry” Riggers passed away peacefully Friday, Oct. 22, 2021, when his big heart gave out after living the fullest of lives for more than 88 years. His family and friends are so fortunate to have had their own lives made so much better by Gerry’s infectious grin, quick wit and irresistible, detailed stories — his favorites of which invariably involved fishing or golf, which he did often but never alone.

Gerry was born Aug. 28, 1933, the middle of three brothers, to W.W. “Wink” and E. Beryle Riggers. The boys grew up on the Riggers wheat farm in Craigmont where each eventually raised their own families and farmed for decades. Gerry was very proud of the land his father worked hard to purchase, and to this day those farms are still planted and harvested by members of the Riggers family.

Gerry was tireless. While serving our country as a U.S. Air Force pilot flying the four-engine Globemaster, Gerry gained lifelong friends in his fellow pilots and crew members, and he always remembered fondly the long-haul cargo flights all over Europe and the days of jet training in Arizona, where he and his buddies learned how to play golf and once played 54 holes in a single day.

Gerry always knew how to have fun. He and his wife, Beverly “BG” Riggers, who passed away in 2002, were longtime members of the Lewiston Golf and Country Club, which he helped build in the early 1970s. You could play a round there with him and he would talk about the boulders they moved and the trees they planted, which still stand today.

Gerry’s memory was uncanny. Sitting next to him while he drove you in his pickup up along the Clearwater or across the Prairie and down to the Salmon River with his boat in tow, to catch steelhead, salmon or bluebacks, he could point to an eddy along the way and tell you the number of fish he caught there on a single day 30 years earlier, including the weight of each fish, who he was with, the color and type of lure, and, of course, the always-sizeable one that somehow got away. He applied his sharp memory and remarkable gift with numbers to kick many a butt in cribbage — or really any other game that you were willing to play with him. But as with golf and fishing and everything else Gerry did, the goal was a good time for all, and he was the master of ensuring success in that regard.

Gerry loved his family. He and BG raised four children, Lee Riggers, Marcie von Beck (Dave), Brian Riggers (Linh Hoang) and Jill Barber. He treasured his many grandchildren and they, in turn, loved their grandpa. A weekend visit to his house always meant a breakfast of beer-batter pancakes (exclusively made with half a can of Rainier, and he never wasted the other half while toiling away in the kitchen) along with some sausage made by a friend who traded him for the fish Gerry caught, smoked and doled out so generously. And guess what else he doled out? Fishing poles. Gerry made more than 300 poles in his life for new and seasoned fisherman alike.

Whenever trouble or tragedy came his way, or anyone else’s way for that matter, Gerry would counsel that it was all just “part of the livin’” — and with that simple phrase, he gave many of us a moment to breathe in, pause and move a little closer toward healing and acceptance of our imperfect world.

Gerry loved people. He had friends old and young, near and far. And he treated friend and stranger alike. He was curious and irascible. On the very last day of his life, with just a little energy left, when the new shift nurse came in to check on him, he greeted her by asking, “Hi, how are ya feeling?” She was taken aback, of course. And he liked us all that way: just a little taken aback.

Yes indeed, Gerry, that was quite a ride.