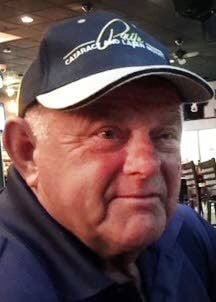 Gary Gene Rowland, 79, of Lewiston, left this world and went home on Wednesday, March 31, 2021. He was a loving husband, father and grandfather.

He was born June 26, 1941, to Mark and Wilma Rowland in Lewiston. He was one of five siblings and grew up running around the local canyons, playing outside with family and friends.

Gary played many sports, including track, baseball and football. He was a good athlete and excelled at whatever he did. He graduated from Lewiston High School in 1959. He enlisted in the United States Army after graduation where he was an 82nd Airborne paratrooper. While proudly serving, he jumped in five different countries in all.

He met the love of his life, Judy Dryden, in 1966. The couple were married on Sept. 21, 1968. They were happily married for 52 years and raised two sons, Paul and Lucky. The family enjoyed racing dirt bikes, snowmobiling and rodeoing. He spent a lifetime outdoors, enjoying many activities. Gary was always supportive and coached his family through it all. He coached many years for his kids’ sports and then at Sacajawea Junior High School as a football line coach.

He owned and operated Gary Rowland Floor Covering in the valley and surrounding communities for nearly 50 years. The family worked the business together and proudly completed many quality jobs.

In his later years, he enjoyed watching his grandchildren at their sporting events. He was proud of his family and loved by many. Gary spent his life supporting his family and leading by example with his hard work ethic.

He is survived by his wife, Judy; brother, Monty Rowland of Lewiston; two sons, Paul (Angela Ryker) and Lucky (Cathy); grandchildren, Preston and Bristol Rowland, all from Lewiston. He was preceded in death by his brother, Jim Rowland; sisters, Donna Rowland and Paddy Rowland; parents, Mark and Wilma Rowland; and many extended family members.