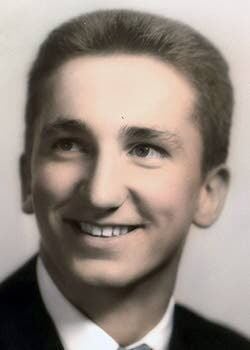 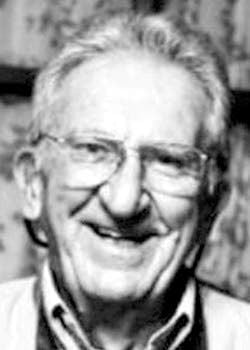 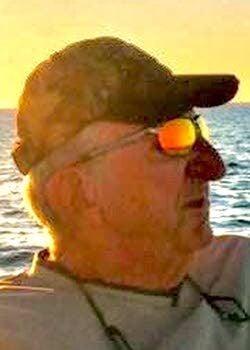 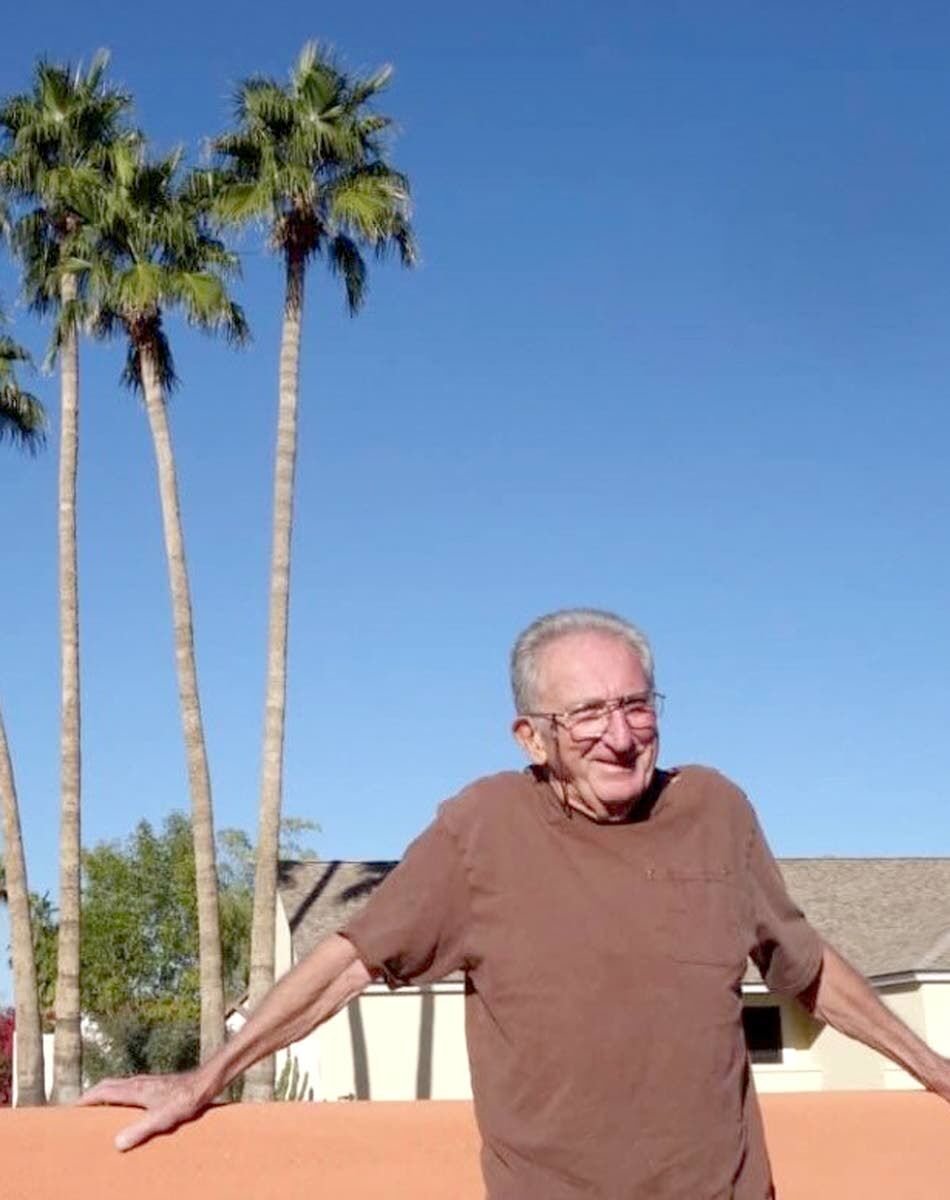 Francis Andrew “Andy” Bayer Jr. passed away from Alzheimer’s disease on Friday, May 14, 2021, in Phoenix, Ariz., where he resided since May 2018. Though some would say he died from a broken heart after his wife of 56 years, Mary Ann, passed away in 2015.

Andy married Mary Ann Hille on June 6, 1959, at Sacred Heart Catholic Church in Crystal City, Mo. Together they had three children, Mark, Beth and Kellie. Andy’s work moved the family to Columbia, Festus and Herculaneum in Missouri, then to Fairfield and Fort Madison in Iowa, Kankakee in Illinois, and finally to Lewiston in March 1973.

He entered the U.S. Marine Corp in 1954, and when his service duty was complete, he hitchhiked home to Festus from Quantico. Soon after returning home, he built a name for himself, frequently getting into fistfights. His reputation of fighting almost ruined his chances with Mary Ann, as she refused to date him until he straightened up. He agreed. Their first date was his birthday dinner, with his parents. He asked her out again for New Year’s Eve, and that night he decided he would marry her.

During their courtship, Andy attended the University of Missouri on the GI Bill to get a degree in journalism. He caught rides home every weekend to see Mary Ann. He transferred to Washington University in St. Louis, which was closer to home and his growing family. He graduated in 1963 with a bachelor’s degree in business administration. Andy and Mary Ann loved to go honky tonking, dancing the night away to any style of music with a good beat. They were known to tear up more than one dance floor in their time. He wanted to be a scriptwriter in Hollywood, but changed career goals after they got married and the kids came along. His desire to write might be how Andy came to be a master of the English language, particularly colorful, four-letter words. His business administration degree led him to a human resources position, then to labor relations, which set up his path to Lewiston, where he taught his children and grandkids a way with words.

Andy loved to hunt and fish. He once read about the Pacific Northwest and always knew he wanted to live there. He achieved that dream when he was hired by Potlatch Corp. for human resources and labor relations and moved the family to Lewiston in 1973. He was a ruthless and respected negotiator in the industry, traveling from one Potlatch site to another throughout northern Idaho and across the country.

He could be found hunting or fishing most weekends. If you ever visited the Bayer house, you could find feathers floating around the garage, a skinned bird, gutted fish or wild game being cut up on the kitchen counter. He once killed three turkeys with one shot and always caught his limit, and then some on occasion.

Andy loved to garden and at one point had two large gardens growing more produce than the family could eat. He was the guy that loaded up a wheelbarrow of produce and dropped it off on neighbors’ porches in the middle of the night. His heirloom tomatoes, sliced, with a dash of salt, were a true favorite of anyone who tried them. One year, during a kitchen remodel, all the vegetable and fruit canning happened on a cookstove, and Mary Ann then put a limit on the size of garden he could grow.

Andy always had a Labrador retriever, black, yellow or chocolate. From Stoney, who was so big the neighborhood kids could ride him, to his final dog, Jake, who got away with anything and everything. He loved his dogs; they were truly this man’s best friends.

He had an amazing memory and was a master storyteller. He was so good you didn’t always know if the story was true. Every holiday dinner, Andy had a captivated audience gathered around to hear the same stories, each time a magical and hilarious experience. Even toward the end of his life, he would tell the story of a 1968 trip to New York City and how stylish and amazing Mary Ann looked wearing a short go-go dress and knee-high boots.

He and Mary Ann both loved to read. Andy could read a book a day. Some of his favorites were the Jack Reacher series (refusing to watch the movie because of his opinion of a casting error: Tom Cruise), as well as the Lucas Davenport and Virgil Flowers series. He loved good dialogue and kick-a** characters who didn’t take crap from anyone. He passed his love of reading to his kids, and the mantra of not taking crap from anyone followed suit.

Andy’s travel either for work or family trips led to a love of great food and great cooking at home. Even 40 years after he had visited a city, he could give advice on restaurants, and they were still open serving the same amazing food. Both he and Mary Ann were great cooks and hosted many dinners and parties throughout their marriage. The Kankakee summer outdoor parties were spread across a huge yard down to the Kankakee River, with lightning bugs enchanting the kids and music, good food and drinks for adults. They were members of two gourmet dinner clubs in the Lewiston valley, which led to many of their lifelong friendships. They held many dinner parties for friends and work connections, which were always on the must-attend list for the overall great experience.

Later in life, the two loved to travel to Cabo San Lucas, Mexico. They bought a timeshare there and became the “regulars,” with many of the staff calling Andy “Grandpa.” He loved to fish. He could be found surf fishing (until one time when the surf flipped him over, pulled down his swim trunks and he lost his expensive headlamp and glasses) or fishing with Jesus, his favorite local fishing guide, off a small local boat. He never did the big sport fishing excursions, favoring the simple, local fisherman style. Jesus spoke no English, and Andy spoke no Spanish. They both spoke “fishing.” If you ever go to Cabo, visit Maro’s Shrimp House; you might just find Andy and Mary Ann’s picture on the wall. Tell Maro you are Andy Bayer’s friend. You won’t get a discount, but you’ll probably get a hug. Order a Bull Dog for Andy’s grandkids and a kilo of shrimp for him and Mary Ann.

Andy loved to fish the Snake and Clearwater rivers as well as Dworshak Reservoir in Idaho. When he moved the family to Lewiston, from that point on he had a boat. He was on that boat as many weekends as he could be, camping up the Snake River on sandy beaches or off the Dworshak Reservoir. He enjoyed the Idaho outdoors as much as he could until he moved to Arizona. He had a lot of crazy hunting and fishing stories through the years.

He and Mary Ann also did an annual August trip to the Oregon Coast. He loved to fish for tuna and rockfish out of Depoe Bay. It was a great time for annual family gatherings, lots of laughter and memories created over the years.

Despite his hard exterior, Andy was a caring husband. After traveling for most of his career, he retired early to spend 23 unforgettable years with Mary Ann. When her health declined, he applied her makeup every morning before she started her day. Sometimes her eyebrows were wonky, but it was the thought that counted.

He believed the early bird catches the worm and most of his life was asleep by 7 p.m. and up by 4 a.m. to work out (daily until about the age of 80), fish or hunt. There were times in Cabo when he would get up to go surf fishing and his granddaughters would just be arriving back to the room.

Andy was a looker in his day, with a full head of hair through life, which his son (and grandsons) jealously did not inherit. Andy wasn’t a flashy man, but had good taste, surprising many salesmen in town. He didn’t believe in credit cards and always had a pocketful of cash. He was a man of his word and a keeper of secrets who once told a granddaughter, “I ain’t no snitch.”

Donations can be made in Andy’s name to the Marine Corps Semper Fi Fund. Raise a glass to Andy in celebration of a long and fulfilling life. Oorah!