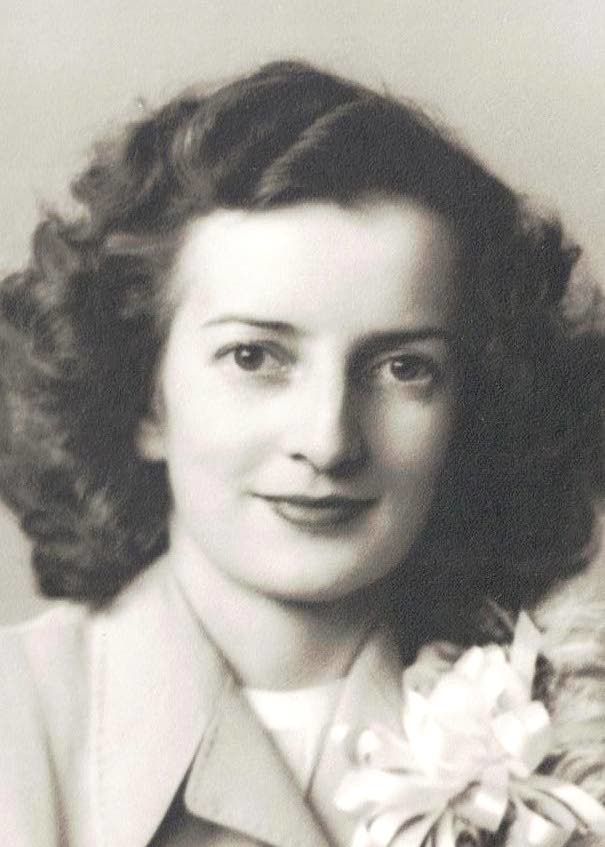 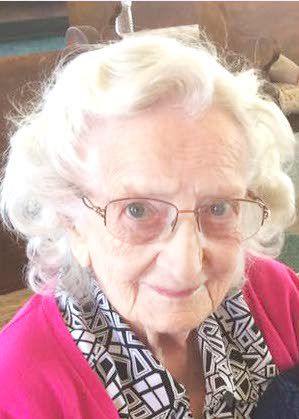 Inside the cover of a tattered and well-worn Bible reads the words “Favorite verse: ‘And I give unto them eternal life; and they shall never perish, neither shall any man pluck them out of my hand.’ John 10:28.”

Evelyn June Fowler, 99, departed this world to be with her Lord and Savior Jesus Christ on Sunday, Jan. 5, 2020, at St. Joseph Regional Medical Center in Lewiston after a brief illness.

She was born June 26, 1920, to Frank and Minnie Miller in Cleveland. She graduated from North Olmsted High School and the Dyke-Spencerian Business College of Cleveland. She and her husband, Russell “Jack” Fowler, were married Nov. 26, 1947, a marriage that lasted 66 years until Jack passed away in 2013. They had two sons, Kim Randall and Fred Russell.

June was a spirited and intelligent woman of deep convictions, and she is remembered for her industriousness, patriotism, sense of humor and fervent belief in the Bible.

A prolific note taker and writer, at the age of 17, June was certified in shorthand and as a typist, skills she used throughout her life. Her occupations included property department head in the Office of Emergency Management-Cleveland; clerk/treasurer of Jefferson, Ohio; and homemaker. Characterized by an astounding work ethic and passion for record keeping, June was accustomed to collecting and organizing. She maintained photos, newspaper clippings, letters and other documents that encompassed decades of family and national history.

As an unwavering conservative, she was not afraid to let her voice be heard. Inspired by the late Phyllis Schlafly, with whom she corresponded for many years, June was a political activist. She vehemently fought against abortion and the women’s liberation movement. She defended the Second Amendment by founding a women’s gun club in Jefferson, Ohio, during the 1960s. She was proud of son Kim’s service in the Vietnam War and led rallies supporting the United States’ efforts to stop the spread of communism. She did not hesitate to use her ability to write in the defense of her convictions. She penned numerous letters to her elected representatives and letters to the editor, most recently in the Lewiston Tribune after moving to the area in 2003. She was undeniably a fighter.

Most notably though, June was a Bible-believing Christian. Her father was a “lay preacher” and Bible instructor, and her mother was a church pianist and Sunday school teacher. June later wrote, “I grew up thinking it was the natural thing to do — attend church, help out when needed, and believed God’s Word to be authoritative, not to be questioned.” This godly upbringing and steadfast belief in the Bible stayed with June throughout life. It led her in her battles against, as she would say, liberalism in the church, such as: the acceptance of the theory of evolution, the rejection of the miracles of the Bible, and the corruption of the Word of God through modern translations. And it strengthened her in times of doubt and darkness, as her favorite psalm says, “If I take the wings of the morning, and dwell in the uttermost parts of the sea; Even there shall thy hand lead me, and thy right hand shall hold me. If I say, Surely the darkness shall cover me; even the night shall be light about me.” (139:9-11).

She was especially impacted by her son Fred’s decisions to accept Christ as his Savior and become an ordained Baptist pastor, later writing, “Through my son’s ministry I awakened to a fuller realization as to Christ’s importance to my life. As he grew in Christ it touched my heart to see how sincere he was, how anxious to do what was right to please his Father in Heaven.”

June believed that Christ was her Savior and, as her favorite verse says, nothing was able to pluck her out of His hand.

Evelyn June Fowler was preceded in death by her husband, Jack, and son, Kim, as well as her brother and sister, Joe Miller and Beatrice Ulmer.

She is survived by her son, Pastor Fred R. Fowler, and wife Cheryl, of Cloverland; her brother-in-law, Wes Ulmer, of Avon Lake, Ohio; her daughter-in-law, Wilma Fowler, of Minerva, Ohio; 11 grandchildren; 39 great-grandchildren; and her much loved cat, Sonny.

A service will be held at 11 a.m. Saturday at the Pioneer Baptist Church of Cloverland, where she was a member since 2003.