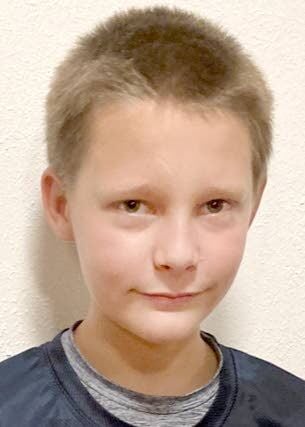 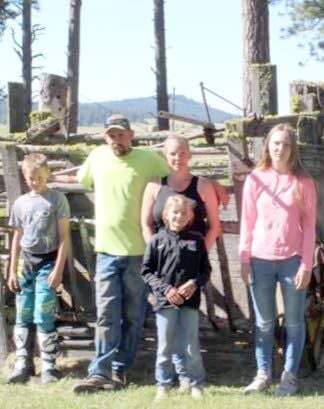 The angels took our little man way too soon. On Sunday, June 6, 2021, Colton Clayton Robinson, 13, passed away in a tragic ATV accident.

Colton was born Jan. 24, 2008, in Lewiston to Justin and Jackie (Dupuis) Robinson. Since the day he was born, he was the apple of daddy’s eye and mommy’s little boy.

His older sister, Caristae, enjoyed bossing him around, just as he enjoyed bossing around his little sister, Emma. Whenever there was trouble or fighting among the three, you could bet Colton was in the middle of it. He loved his sisters dearly and it was amazing to see how they could all be fighting one minute, then lying in bed together watching a movie the next.

Colton had just finished seventh grade at Highland High School in Craigmont. He was known to be the class clown and always kept the teachers on their toes. He enjoyed playing football and wrestling.

The outdoors was his biggest passion. He enjoyed camping, fishing and hunting. Colton was like his dad in the sense that he could get in anything and drive it, from his dad’s loaded log truck to grandpa’s excavator.

Around 2016, Colton was introduced to dirt bikes and fell in love with them. He had always been told, “If you can start it, you can ride it.” At the age of 10, Colton was able to start and ride his dad’s 250. Colton soon got his best friend, Harlan Skelton, into dirt bikes and the boys became inseparable. Harlan would spend the weekends with Colton hunting, fishing, camping and of course riding their dirt bikes. During the week, Colton would be at Harlan’s house helping with fencing, farming and working cows. The boys shared everything, including their birthdays.

Funeral service will be held at 2 p.m. Monday at Highland High School in Craigmont. Burial will follow at Craigmont Cemetery. Covered-dish dinner will be held at 4 p.m. at the American Legion Hall in Craigmont. Arrangements are under the direction of the Blackmer Funeral Home of Grangeville. Send condolences to the family at blackmerfuneralhome.com.

In lieu of flowers, a donation account has been set up at P1FCU and Cottonwood Credit Union.