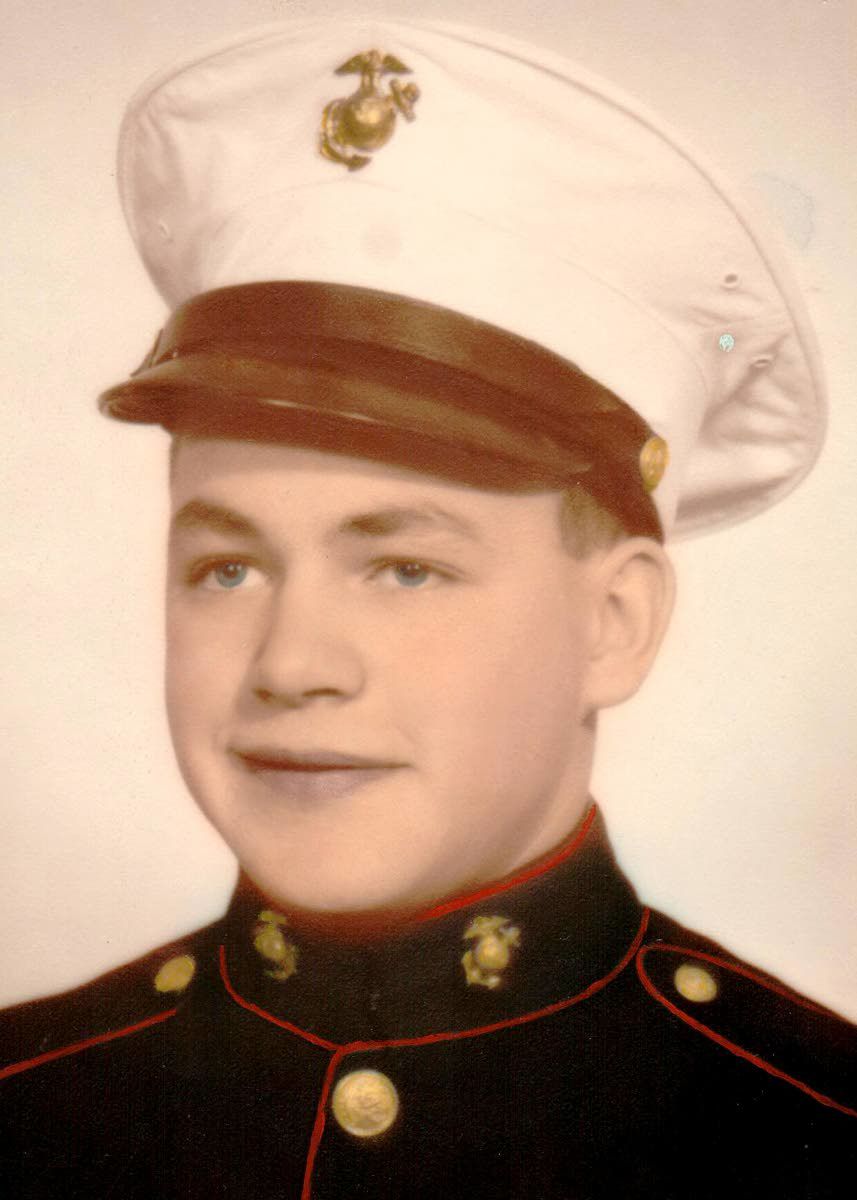 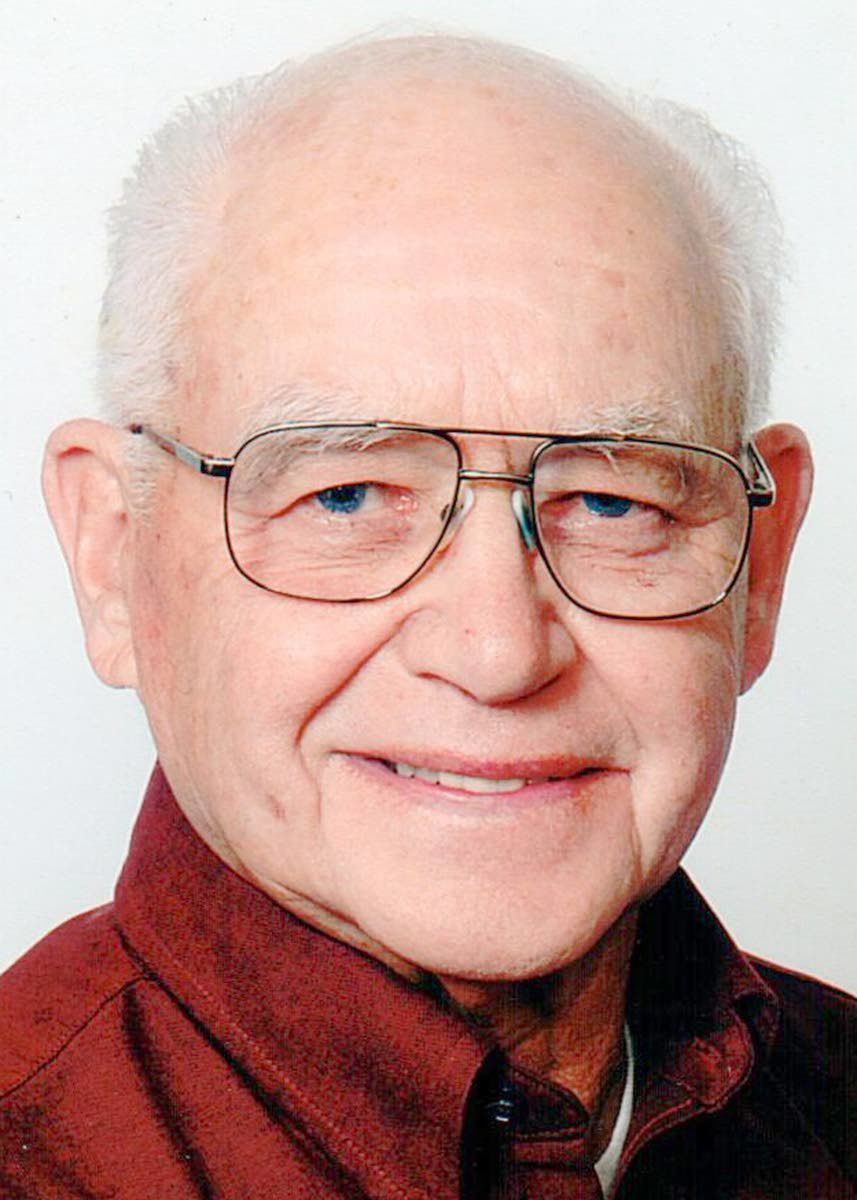 Bertle Glen Spence, 94, of rural Moscow, passed away peacefully at Gritman Medical Center on Friday, May 29, 2020, surrounded by family. He was loved immensely and will be missed by many.

He was born July 29, 1925, to Cary (Glen) and Norma C. (Anderson) Spence. He was the oldest of five children. When he was in first grade, he attended the Aspendale Country School. The teacher lived with his family and, at age 6, he drove her to the school in a horse and buggy. He attended the one-room school for six years and then started at Genesee when he was in seventh grade. He played basketball for the Bulldogs, but had to walk 16 miles home from practices, always hoping a passerby would give him a ride. He graduated from Genesee High School in 1943. After graduating, he worked for Helbling Bros. as a mechanic in the winter.

In November 1944 at age 19, he joined the Marine Corps. He spent one year in San Diego before shipping out April 1, 1945, headed for the Mariana Islands. He suffered appendicitis on board ship and was put on ice until they reached Hawaii, where he underwent surgery. He was sent to Saipan in the Mariana Islands and served there as military police. He was honorably discharged from the Marine Corps on Dec. 5, 1946.

He met the love of his life, Norma (Scharnhorst) at the wedding rehearsal of his best friend, Neal Kinyon, and Norma’s sister, Helen. Bertle had a pilot license and would “buzz” Norma’s mother’s house when they were dating. Bertle and Norma married Dec. 29, 1948, at St. John’s Lutheran Church in Genesee. After a honeymoon to the Oregon coast and California, they moved into the home they shared for 71 years. They raised three children on the farm, Karan, Karla and Brian.

Bertle and Norma continued to farm until he was 70 years old. After retirement, he remained active on the farm. During his lifetime he went from helping his dad farm with horses to modern machinery. Bertle bought the first self-propelled combine in the neighborhood (a Harris combine) and opened fields for neighbors to save grain that would have been driven over. Later in life, he bought an International Harvester — a self-propelled combine. He designed and built a combine trailer to haul his combine to Connell, Waitsburg and Colfax, to custom cut before moving home to harvest his crops.

Bertle was born and raised on the Spence family farm southeast of Moscow. He was the third generation to farm the ground that was designated a Century Farm in 2008.

Bertle and his brother, Don (deceased), built homes on Orchard Avenue in Moscow during the winter months. Bertle was the neighborhood lineman for a 16-party telephone line. He also drove an open cab Caterpillar RD6 to plow the county roads in the winter. He wore a red crusher hat, which became his “signature” hat.

When McGregor Co. in Genesee built a field jimmy (large truck with spray booms), the spray booms didn’t work. The manager called Bertle and asked for help. He picked up a piece of chalk and drew the modified design on the shop floor. The crew then built the spray booms, which were a success.

He also worked with Ray Helbling of Helbling Bros. in Moscow to design a fan package for the International Harvester 403 combine. One winter he pulled the combine (minus the header) into his shop, and he and Ray climbed up and fed wheat into the front of the combine and then would go stick their heads into the back of the combine to see how their design was working. They and the shop were both covered in dust, but their design worked and it was adopted by International Harvester.

He loved to fish. He and Norma traveled to Lake Koocanusa in Montana with friends to fish. They also spent many weekends fishing at Dworshak. In his later years, his son Brian would take him fishing on Lake Coeur d’Alene. He enjoyed teaching his grandchildren to fish. He taught many grandchildren to drive his red Dodge pickup in the fields at home. Often they could barely see out the windshield, but Grandpa was always willing to go for a wild ride laughing all the way. He enjoyed working in his vegetable garden and grew rows of corn that he shared with family and friends.

He was an active member at St. John’s Lutheran Church in Genesee. He taught adult Sunday school for many years, was a trustee, and served as chairman of the council multiple times. He built a lighted cross for Easter and a star for Christmas for the church. He and Jordan Kanikkeberg built an addition onto the church, which included an elevator. He helped to build Habitat for Humanity houses in Colfax, Pullman, Moscow, Genesee and Lewiston.

After retirement, he did a lot of woodworking, making barns for granddaughters for their Breyer horses, bunk beds for Barbie dolls, miniature grandfather clocks for his daughters and a wooden excavator with all moving parts for his son. Prior to his death, he was restoring a 1927 Chevrolet truck that belonged to Norma’s Dad. He was an inventor with a brilliant mind and helped others solve problems.

He was a member of the Elks, Eagles, VFW, Palouse Road Runners Club and Aspendale Gun Club. He also served on the board of the Moscow Grain Growers.

There will be a private family burial with military honors. A celebration of life will be held Thursday, June 4, at 2 p.m. at the Genesee Fire Hall. His favorite color was red and his favorite beverage was Mountain Dew.

Memorials may be made to St. John’s Lutheran Church, P.O. Box 125, Genesee, ID 83832 or a charity of your choice. Arrangements have been entrusted to Short’s Funeral Chapel of Moscow and condolences may be sent to www.shortsfuneralchapel.com.