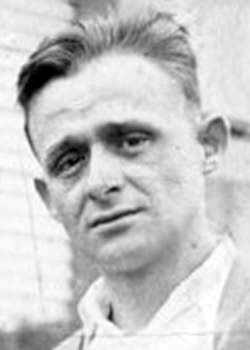 Arnold Madsen Nielsen was born on Aug. 16, 1909, at Oakland, Calif., to Niels Gunderson Nielsen and Isabelle Nielsen. At the age of 18, Arnold enlisted in the U.S. Navy. On July 5, 1934, he reported for duty aboard the USS Oklahoma. As part of the effort to check Japanese aggression, the U.S. Pacific Fleet conducted exercises in the waters off of Hawaii beginning in May 1940. After the maneuvers, the fleet remained in Pearl Harbor to provide more of a forward presence than was possible from the U.S. West Coast. USS Oklahoma arrived in Pearl Harbor on Dec. 6, 1940, one year and one day prior to the fateful attack, and spent the next several months participating in exercises and conducting patrols.

On the morning of Sunday, Dec. 7, 1941, a fleet of Japanese carriers launched formations of dive bombers, torpedo planes and fighters against the vessels mooring in the shallows of Pearl Harbor. The attack decimated the ships and personnel of the fleet, including Arnold M. Nielsen.

From December 1941 to June of 1944, Navy personnel recovered remains of deceased crewmen and buried them in temporary community graves.

In 2012, the family of Arnold Nielsen was contacted for DNA samples. It was not until 2020 that they received confirmation that the remains of their great-uncle had been identified.

Arnold Nielsen will be laid to rest with full military honors 11 a.m. Saturday at Lewis-Clark Memorial Gardens in Lewiston near the grave of his niece, Shirley May Wallace-King. Shirley had lovingly kept a photo album of Arnold’s Navy career which has been passed on to her children.

Arnold is survived by his great-nephew, Rick Wallace of Lewiston, and great-nieces Kathy Hammond of Spokane and Kellie Karn of St. Maries.