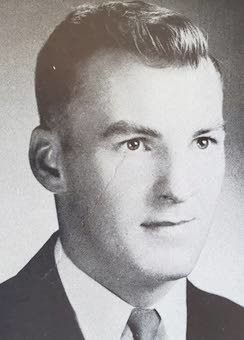 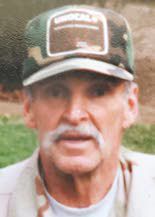 Andy was a 1952 Batavia High School (Illinois) graduate, where he played basketball, football and track. Andy joined the U.S. Navy during the Korean War. He worked for Continental Telephone in DeKalb, Ill., until 1973, then transferred with the company to White Bird after a vacation out West with his family. Andy branched out to form his own telephone interconnect company, Andy’s Telephone Services, in 1982. He was known as the Telephone Man from Riggins to Elk City until his “retirement” at 85.

Andy was passionate about hunting and fishing in the Idaho backcountry with his Brittany spaniels, family and friends. He was an avid sports fan and followed Grangeville Bulldog sports. Andy seldom missed a Notre Dame football game or a Cubs game on TV. He even managed to live long enough to see the Cubs win the World Series and celebrate with his lifelong friend, Don Kraft. He loved his travels to the wilds of Alaska and Australia. Later in life, he enjoyed the friends he made on trips to Nevada. Andy always enjoyed a good laugh and the people who wanted to laugh with him.

Andy is also survived by the mother of his children, Nancy Connolley, and daughter-in-law Cheryl.

In addition to his parents, he was preceded in death by his son, Patrick Connolley, grandson Spencer Connolley and sisters Lorraine (John) Ramus and Doris (Ibo) McDermott.

A memorial service will be held at 4 p.m. Nov. 22 at the Independent Order of Odd Fellows Hall in White Bird, followed by a wild game covered-dish dinner. Please feel free to bring your favorite dish to share. Arrangements are under the direction of the Blackmer Funeral Home of Grangeville. You may submit condolences to the family online at blackmerfuneralhome.com.

Contributions may be made in Andy’s memory to support our veterans.