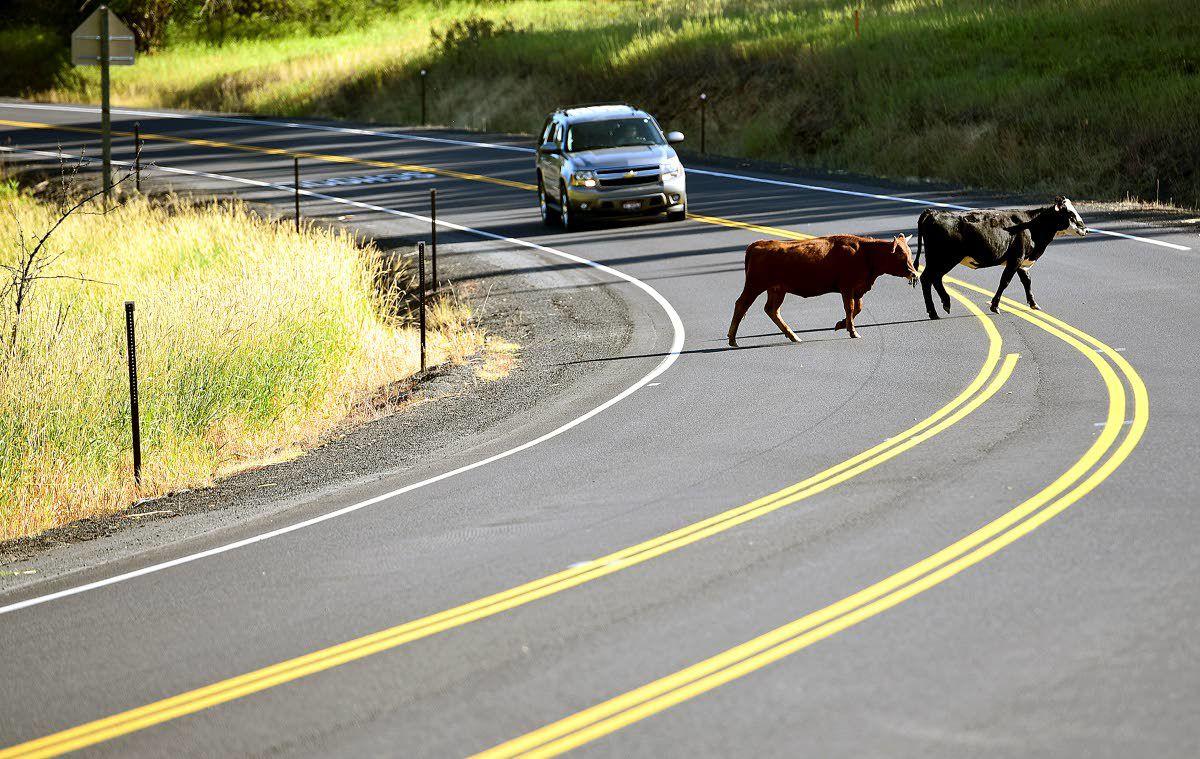 An SUV slows to a halt as cows cross State Highway 11 near Timberline High School outside of Weippe earlier this summer. Idaho’s open range law says motorists are responsible for treatment of animals injured in collisions. If an animal dies, the motorist must pay its owner for its estimated value. What animals this applies to beyond typical range stock such as cattle and horses is unclear. 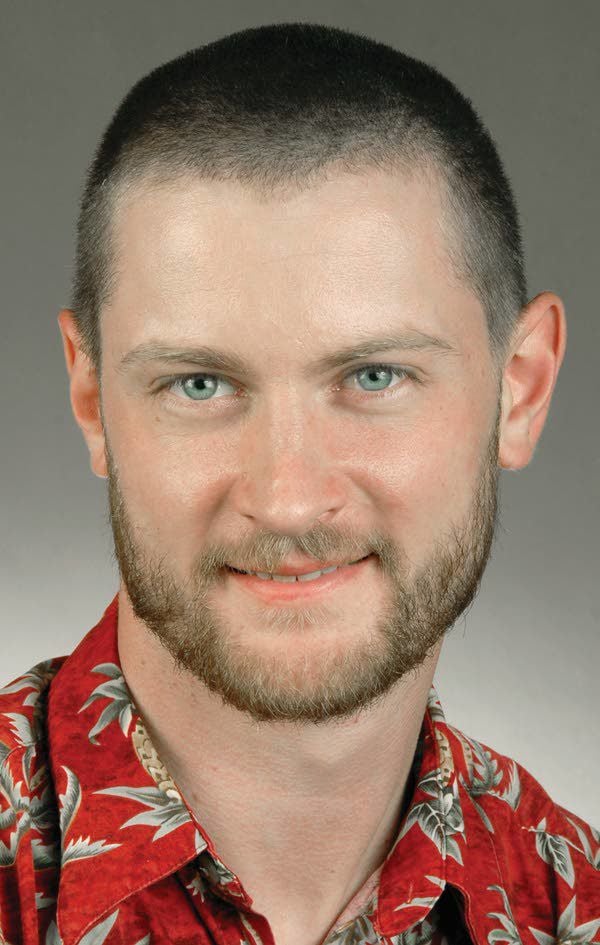 The question isn’t why the chicken crossed the road, but why do y Up With That? ou have to pay the poultry owner if you hit the wandering chicken with your vehicle?

To get to the other side of this issue, we have to look at Idaho’s open range law. Open range was put on the books in 1961 and hasn’t been significantly updated since. It allows ranchers some leeway if a fence breaks and cattle wander into a roadway and are hit by a vehicle. Under the law, the motorist is responsible for either treatment of the injured animal or paying the estimated cost of the cow if it is killed. The rancher is also immune from paying for damage to a vehicle if the crash happened on “open range.”

Open range comprises large tracts of land all across Idaho that are not cities, towns, villages or herd districts. Herd districts are county commission-approved lines often drawn around small communities designating the area not subject to open range. Open range applies to public and private land, the largest portion managed by the Bureau of Land Management and its permitted grazing lands. About 22 million acres of land is open range in the Gem State, and 80 percent of that is managed by government agencies, according to the Idaho Rangeland Resources Commission. Policing all those miles of fencing and making sure each post, wire and wood slat is secure would be nearly impossible.

But the law is vague when it comes to what type of livestock is covered. The law specifically notes cattle as covered by open range. But it obliquely mentions “any domestic animal running on open range” as protected by the law.

So is a driver liable for hitting a goat on open range? How about a chicken? A cow dog? A barn cat?

Idaho Department of Agriculture spokeswoman Chanel Tewalt said there isn’t a list of animals that a rancher can be reimbursed for. But Tewalt said that livestock are decidedly covered in open range. That includes llamas, horses, goats, sheep, mules, donkeys and yes, chickens.

“The law says ‘any domestic animal,’ but it’s kind of up to discretion on things other than types of livestock,” Tewalt said.

Tewalt said she’d heard no anecdotes of motorists hitting a cow dog and the dog’s owner claiming compensation through open range. She thinks that particular example just hasn’t been challenged in court.

The case law on open range mostly discusses the boundaries of herd districts to open range or if resolutions created by county commissioners are enforceable. The question of what animals are covered by open range hasn’t been litigated.

Distinct from open range, but still an interesting question, is if an animal killed by a motorist can be harvested for meat. Idaho allows for roadkill to be salvaged as long as it’s wildlife and not a protected species. But what about a cow?

If you break it you buy it, but can you get a steak out of your mistake?

Idaho Rangeland Commission Executive Director Gretchen Hyde said perhaps if the cattle owner offered to sell. But at the point a motorist has killed a cow on open range, the motorist is already paying for the loss to the farmer.

“There is a liability,” Hyde said.“Maybe they can purchase it if the owner is willing.”

Tewalt hastened to agree, but said it’s another question that hasn’t been litigated.

What’s up with that? is a reader question-generated column that runs on occasion in the Tribune. To submit your question, call City Editor Mary Stone at (208) 848-2244, post to the Tribune’s Facebook or Twitter pages, or email whatsup@lmtribune.com.