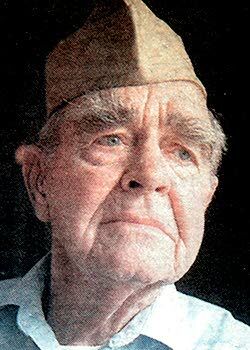 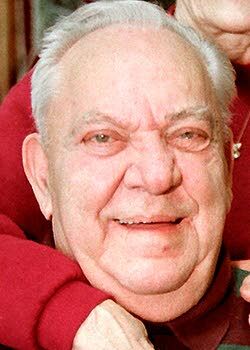 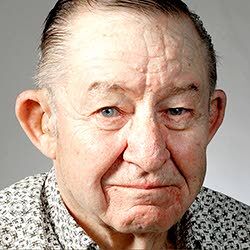 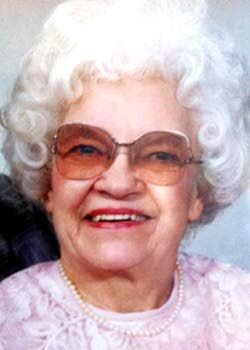 This story originally ran Sept. 13, 2001, in the Lewiston Tribune

They speak of retaliation and commitment and patriotism, these people who protected their country, but always on foreign ground.

“There is somewhere an enemy,” says Stanley P. Holloway of Pullman, one of the 17 U.S. Marines in the original 500-man 3rd Battalion, 10th Artillery — the Forgotten Battalion — who survived World War II.

“They’ll have to exterminate him, of course, or a group.”

James “Lou” Bigley of Lewiston joined the Navy at 16, two years after Pearl Harbor. He still remembers the beach in front of the Royal Hawaiian Hotel in December 1943, strings of barbed wire mixed with debris in anticipation of another attack.

The airliners should have three federal marshals on each flight, he says, one in the cockpit and two with the passengers. “It’s terrible these foreign governments can get away with this.”

It’s worse than Pearl Harbor, even though that was terrible, says Gordon Larsen of Orofino, who was a 17-year-old Marine in the landing at Guadalcanal, the first Allied offensive in the Pacific war.

“I believe it’s going to take time, but I believe they will hunt down the culprits and either retaliate against Afghanistan itself or try to find the scoundrel who did this.”

He doesn’t fear it will lead to yet another world war. No country that would declare war against the United States has the capability except through terrorism, Larsen says.

“I just hope and pray for those who are in the rubble and their relatives.”

The flag he flies every day outside his home is lowered to half-staff. “I’m glued to the TV and watching all the time.”

It’s retaliation for the U.S. involvement in world peace, says Robert G. Berreman of Juliaetta, who served in the Persian Gulf War before retiring from the Washington National Guard in 1992.

“How do you gear up for this?” Berreman says of being prepared for terrorism.

“I think we’ll see some real groundshaking to see who’s responsible,” he says, hours before the announcements of suspects and arrests began. “They’ve probably got good leads already.”

Marvin “Bud” Jensen of Lewiston, survivor of a torpedoed aircraft carrier 59 years ago, believes the motivation behind the attacks was religious, perhaps brought on by this nation’s support of Israel.

“But I don’t think it’s like Pearl Harbor,” he says of Tuesday’s attack. “We were already at war then. We should have been expecting something like that.”

When all the intelligence agencies are sure of who did this thing, he says, “then do something about it.”

They both were sneak attacks, E. Mae Thornber of Lewiston counters. Her concern now is how the nation will react — if it will rally as it did almost 60 years ago.

Thornber is in the World War II history books as being among the first four women who received Purple Hearts for injuries caused by enemy fire in the European Theater.

When she volunteered, her brother, two brothers-in-law and her future husband also signed up. It was a patriotic nation, with even those who stayed at home involved in the nation’s defense. “Everybody was patriotic in those days, and everybody was behind the troops here at home. ...

“It’s not like that anymore. For several generations, they haven’t been taught to be patriotic,” which includes the desire to defend their country, Thornber says.

They don’t know the history of World War II or the other wars, and they may not understand when she and the others enlisted, their attitude was they would teach the enemy a lesson.

That lesson was: “You don’t fool with us.” n