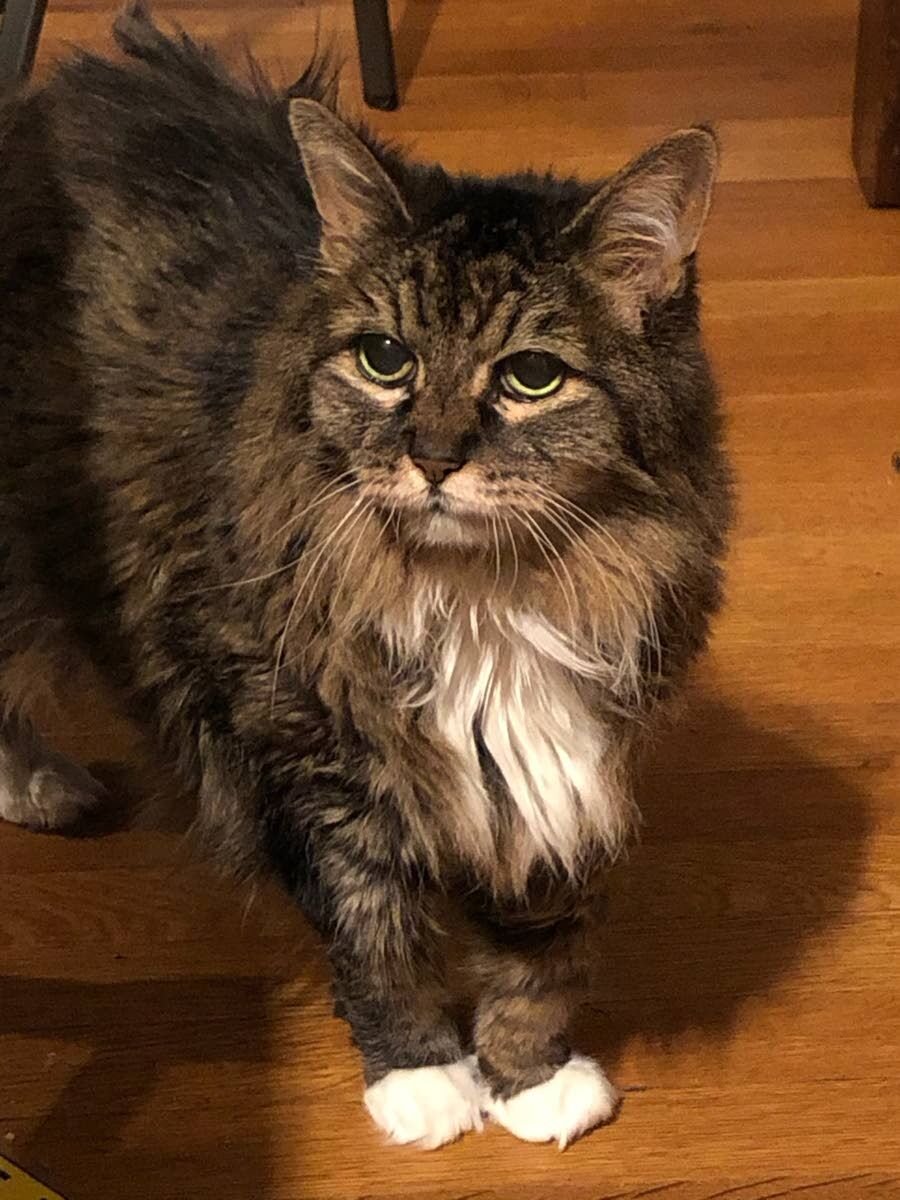 Eleanor recently turned 20. Does that make her the oldest cat in Lewiston? 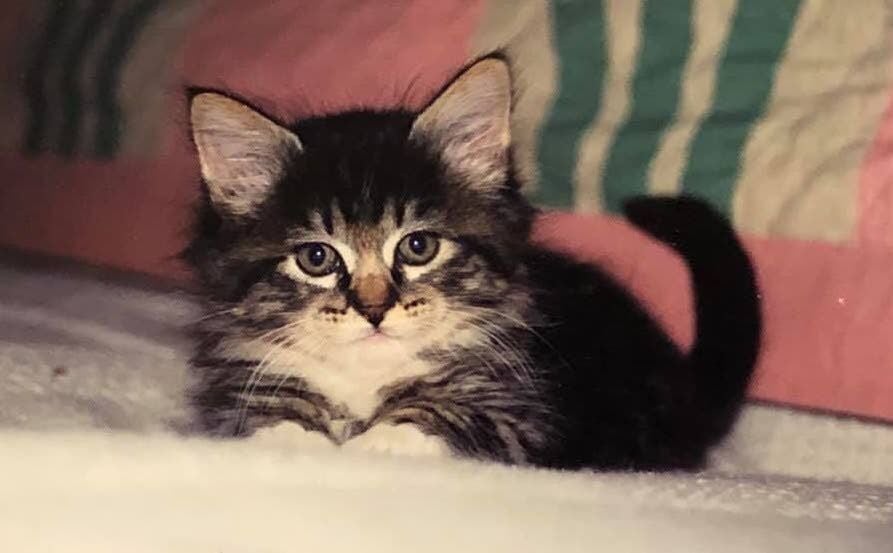 Eleanor poses for a photo when she was a kitten in 2000.

Eleanor recently turned 20. Does that make her the oldest cat in Lewiston?

Eleanor poses for a photo when she was a kitten in 2000.

Perhaps the most noteworthy thing about my household is this: We have the oldest cat in Lewiston.

Eleanor, our black-and-brown-coated, green-eyed, white-socked kitty, turned 20 on Saturday, which makes her about 96 in cat years. The humans in the house celebrated the milestone by baking and scarfing down a cake, and she marked the occasion by eating some soupy goop that seems to be her favorite treat of late.

I suppose I’m going out on a limb by proclaiming her the oldest cat in Lewiston without a shred of evidence. If you have a cat who is older, you can let me know about it, and I’ll congratulate you, but I must admit that I’ll forever be a bit skeptical of your claim.

Eleanor was born Sept. 12, 2000, and came to live with my future wife, Sarah, in November of that year. Sarah had graduated college and just moved out of her parents’ house when she was joined in her first apartment by the ball-of-fluff kitten — two single gals learning how to live independently.

Consider all that Eleanor has witnessed since then. Bill Clinton was president when she was born. The first pictures of her were taken with a film camera. The 9/11 terrorist attacks were on the eve of her first birthday.

Of course, she didn’t care about any of that. What did rock her world were all the changes under her own roof. First, she and Sarah moved to a new house; then I moved in. Then came another move; then came a boy, Miles, in 2010; then a girl, Lucy, in 2014; then a guinea pig, Lollipop, in 2018.

Eleanor greeted each of these developments with her trademark grumpiness. She glared at me warily for months when I first showed up, and the arrival of each child seemed to inspire new naughty behaviors from her.

Eleanor’s surly temperament became legendary over the years. Friends and relatives who visited knew that trying to pet her was like putting your hand in a spring-loaded bear trap, and her veterinarian realized there were some examinations she just wasn’t going to submit to. And we’ve always known that bringing another cat into our house is out of the question.

But here in her golden years, even feisty Eleanor has mellowed. She now seeks out pets and cuddles from those of us in her immediate family, and doesn’t hide under the bed when outsiders stop by. I think she’s come to accept her lot in life, and genuinely appreciates the blessings she’s been given. (Anthropomorphism much?)

Her face turn in recent years has surprised and delighted us, and probably earned her a few extra perks. There’s a spot on the couch that pretty much belongs to her, wet food is now a daily staple and she can usually score some treats with just a few of her high-decibel yowls.

Maybe Eleanor is the oldest cat in Lewiston, but she’s got a way to go before becoming the oldest cat ever. According to Guinness World Records, that honor currently belongs to Creme Puff, a Texas tabby who died in 2005 at the age of 38 years, 3 days (which made her about 168 in cat years).

It’s hard to picture our daily routine without Eleanor, a notion just about every pet owner can relate to. Even while we were celebrating Eleanor’s birthday, word came from Spokane that my sister’s beloved and long-lived dog, Coco, had died. It was sad news for us, and a massive blow for my sister.

All of us pet owners have random thoughts about how much less encumbered we’d be without our fur babies to feed and care for, yet we keep inviting these creatures into our homes and our lives. The benefits clearly outweigh the burdens, and maybe you don’t fully realize that until your pet is gone.

So as Eleanor starts on her third decade, I’m going to try to appreciate each day we get with her. I’m sure the next 18 years are going to fly by, until she becomes the oldest cat in the world.

Baney, the Tribune’s assistant city editor, can be reached at mbaney@lmtribune.com or (208) 848-2262. He can be found on Twitter @MattBaney_Trib.