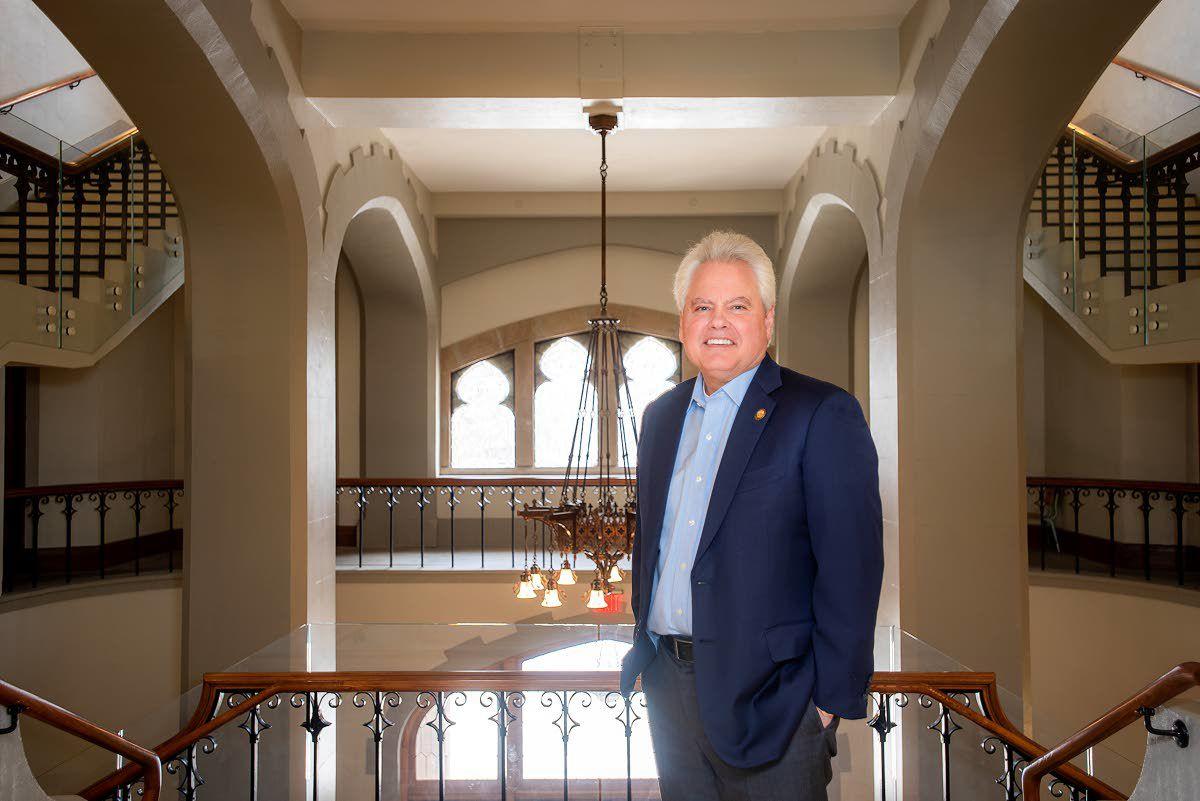 Scott Green, the new president at the University of Idaho, poses for a portrait Thursday on the second floor of the school’s Administration Building in Moscow. 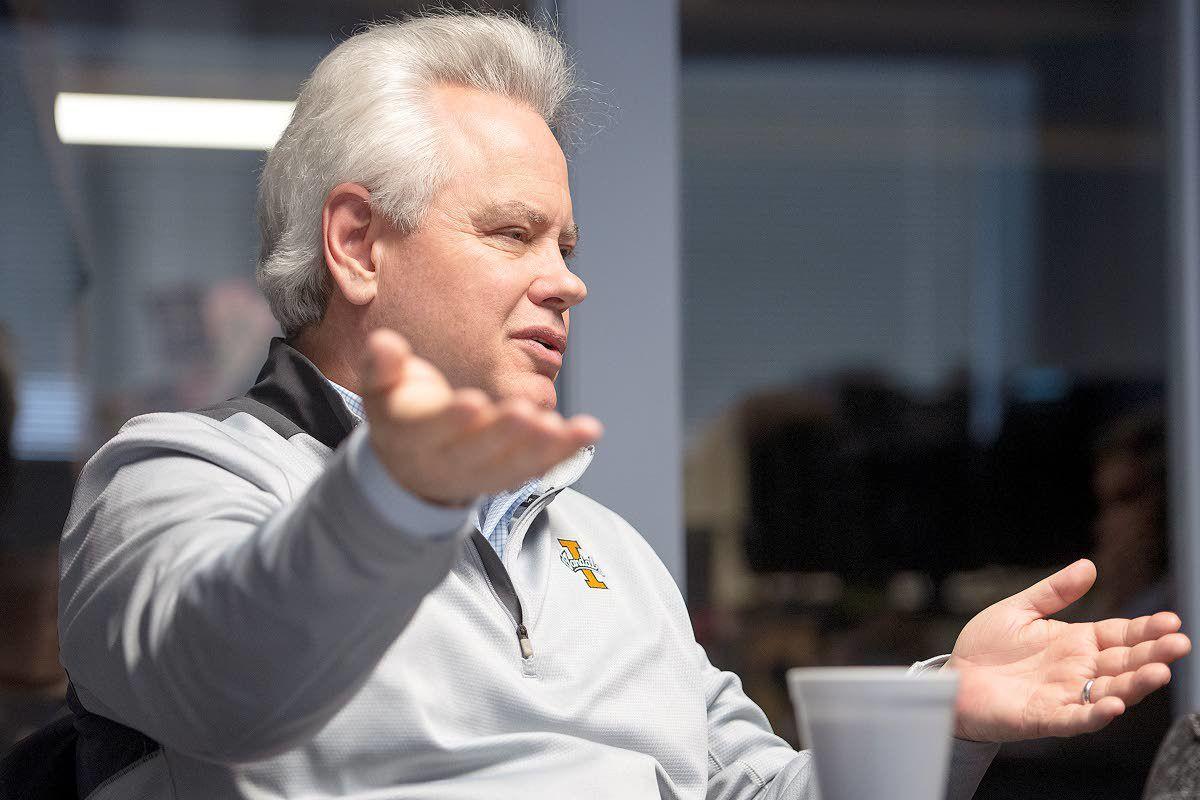 University of Idaho President Scott Green talks with reporters and editors from the Lewiston Tribune and the Moscow-Pullman Daily News about his budget proposal during a Wednesday meeting in Lewiston. 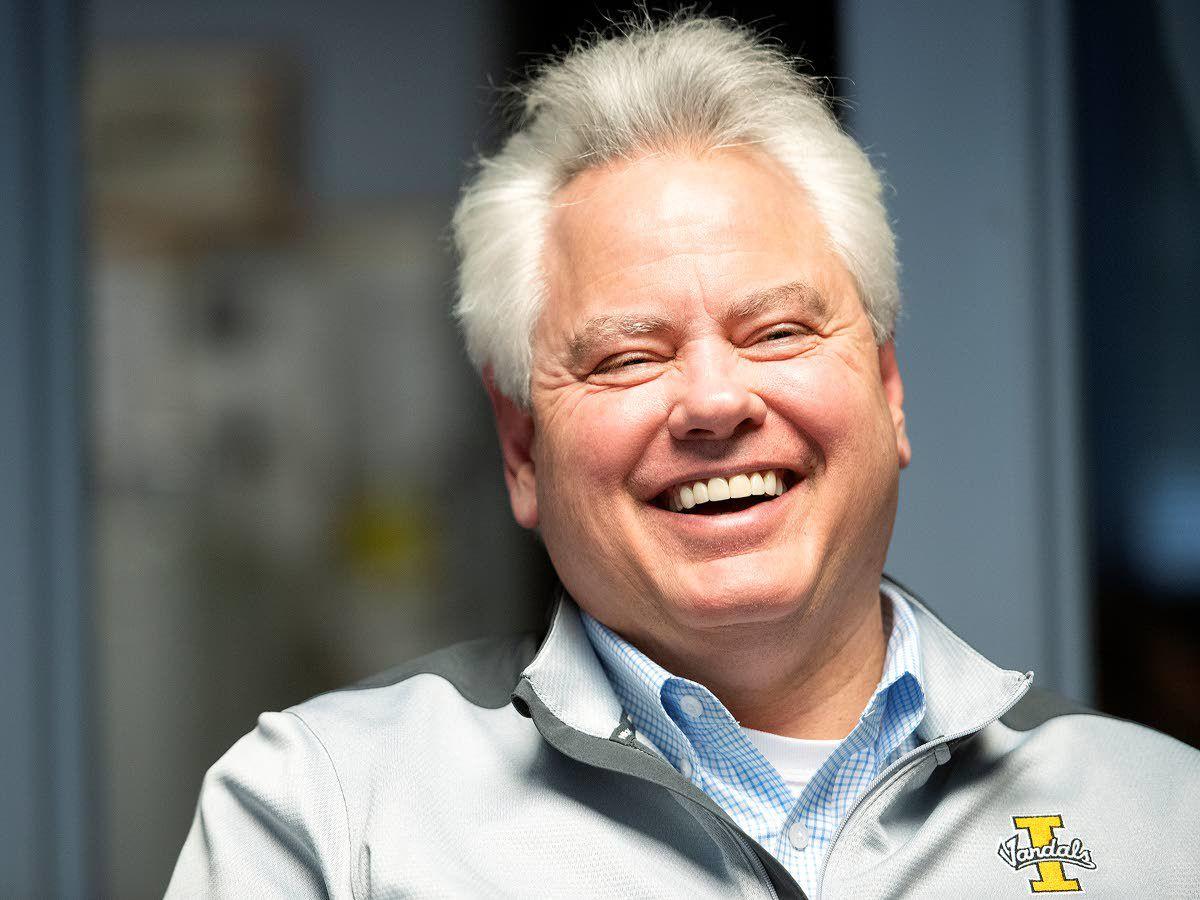 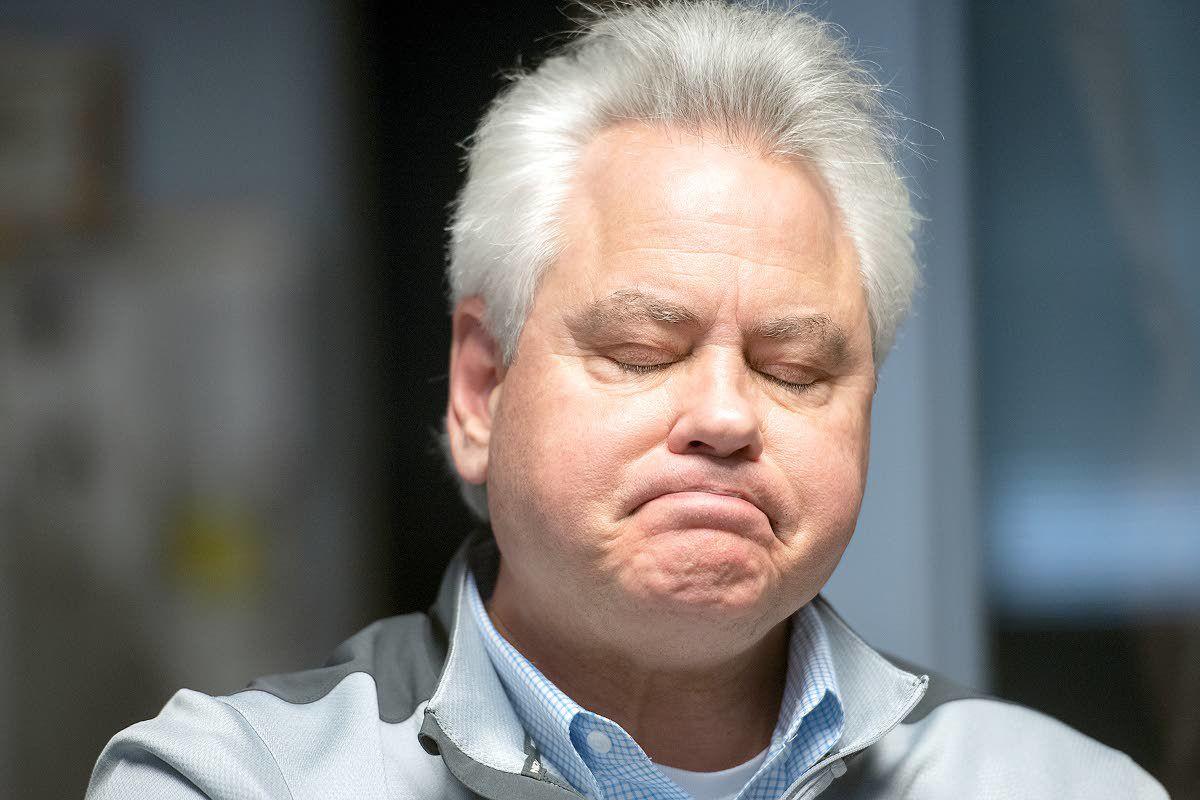 Scott Green, the new president at the University of Idaho, poses for a portrait Thursday on the second floor of the school’s Administration Building in Moscow.

University of Idaho President Scott Green talks with reporters and editors from the Lewiston Tribune and the Moscow-Pullman Daily News about his budget proposal during a Wednesday meeting in Lewiston.

Administrator salaries likely will avoid the chopping block as the University of Idaho works to cut $22 million from its operating budget next year.

During a meeting at the Lewiston Tribune last week, UI President Scott Green said no reductions to administrator pay will be considered outside of voluntary furloughs 95 percent of his cabinet agreed to take. The 20-member cabinet is led by Green and consists of executive directors, vice provosts and vice presidents, among others.

While administrators typically make more money than other employees, a market-based compensation report compiled by UI shows its executive salaries are in line with target pay for similar positions, but remain below the 95th percentile.

“Most of the other categories besides administration are actually higher (on the target scale),” Green said. “I don’t think it’s a justification, but I’m saying if we are going to be competitive, we need to be close (to pay-level targets).”

Most of the growth in administration has taken place in associate dean positions and not among UI’s vice presidents, Green said.

While salary reductions are not being considered on the executive level, the administrator positions themselves will be evaluated.

“These are positions that will be reviewed (along with all others) when each dean completes their unit budget reductions,” said Jodi Walker, UI’s director of communications, in an email.

The decisions on how to reduce spending lie with vice presidents, deans and unit leads, who will then submit their recommendations to Green for approval in mid-to-late-February.

That will happen once the university knows how many of the 200 people who expressed interest in either a voluntary separation or early retirement program accept offers presented to them. The salaries of all those who qualified for the programs add up to around $14.5 million, but not all of that money will be realized, since some might not accept the offers and some positions will need to be filled again.

“The impact of the voluntary separation and early retirements would actually allow (the different areas) to probably keep more positions than they would otherwise reduce,” Green said.

Base budget reductions of $15.7 million have been passed down to these five areas:

Division of finance and administration: 12 percent, or $2.1 million reduction.

The remaining $6.3 million is an estimate of what UI will save in “fringe benefits” like insurance and retirement costs as employees participate in the voluntary separation or early retirement programs, are laid off, or if positions go unfilled.

The area of advancement and the university’s communications and marketing departments will not be asked to reduce their budgets.

As the university works to reel in the shortfall, Green isn’t sure UI will be able to match the 2 percent pay increase recommended by the Legislature’s Joint Change in Employee Compensation Committee.

The state’s increase only covers half of UI’s employees, or those in the gen-eral education budget. The other half of the employees receive the increase from UI, which is typically funded through tuition hikes. Given a statewide tuition freeze at four-year public higher education institutions, that’s no longer an option, Green said.

A possible solution posed by Green is to give employees a 1 percent increase across the board, splitting the state’s compensation between the two groups.

Other options, according to Green, are to only provide the general education employees a raise in CEC, or to simply give the money back to the state.

“Those are not great solutions,” Green said. “I’d like to take the money and spread it around. I don’t know if there’s anything that prevents us from doing that.”

UI, along with all other state agencies, has also been instructed by Gov. Brad Little to reduce next year’s budgets by 2 percent. A plan for that $2 million cut has not been formulated, but Green said hopefully it’ll be tackled through the current budget processes.

“(The 2 percent reduction) was not contemplated when we set the $22 million, so we will have to execute well if we are going to do that, but we’ll see where we are next year,” Green said.

Funding levels: ‘I think this is the new normal’

The budget situation has been brewing for some time.

Over the last two years, UI had budget operating deficiencies totaling $40 million. The school implemented a $5 million temporary holdback in fiscal year 2019, which later became a permanent base reduction for this fiscal year. Another $14 million of one-time reducations was implemented this year, but has since become permanent moving forward.

Now, UI is looking to cut another $8 million, bringing the total to $22 million. That amounts to a 5 percent cut to the university’s overall operating budget of $429 million.

Reductions of that size will allow UI to balance its budget by fiscal year 2022, if not sooner, Green said.

“I’m really happy to say that so far we are right on target,” he said. “Everyone has responded by putting the institution first.”

Additional state funding for higher education is not likely, so Green said UI has to rely on its students as its only remaining revenue source.

“I think this is the new normal,” he said about funding levels. “When you look around the country, higher education has been being defunded for 30 years, and Idaho is not an exception.”

As costs continue to rise, the percentage of state appropriations has declined. Green said that a couple of decades ago 15 percent of the state’s budget went to higher education. Now, it’s less than 8 percent.

“I’d love to say I think the tide will turn and the states across the country will see the value of public education and the great return they’ve gotten, but … it continues to be a hard sell,” he said. “For whatever reason, our elected officials don’t value higher education the way they used to.”

Green is working with presidents from Lewis-Clark State College, Idaho State University and Boise State University through the recently established Presidents Leadership Council “to reduce our costs in higher education within the state.”

The council will for the first time make a joint presentation to the Legislature’s Joint Finance-Appropriations Committee and the Joint Education Committee.

Voluntary employee furloughs will likely save the university about $1 million, covering an additional cut put forth after Gov. Little asked all state agencies to reduce their current budgets by 1 percent.

UI is expected to save about $200,000 after outsourcing its textbook sales at the VandalStore to Texas Book Company.

Two positions were eliminated during that move, but Green said he believes more jobs can be added in the future once the operation begins to make money. Last year, the university lost around $100,000 on the book sale side of the VandalStore.

Green said he’s also looking at other areas to outsource, which could include the facilities department in charge of upkeep on the campus.

The university has also reorganized its information technology department.

“Currently we have a number of people doing IT work who don’t report to IT,” Walker said. “It duplicates services, lessens buying power and causes other alignment issues.”

Still in the beginning stages of the “reporting line move,” input will be sought from those who are most affected. The reorganization will be fully implemented by the end of the fiscal year.

“This, in itself, will not cause any layoffs — it will improve efficiencies,” Walker said. “IT’s vice president may choose to do layoffs as part of meeting his unit reduction goal, but that is somewhat separate.”

Other ideas under consideration include university-wide salary reductions and mandatory furloughs, elimination of academic programs, not renewing employee contracts, leaving vacant positions open, sharing services across the university, and public-private partnerships in the areas of UI’s steam plant, parking and student housing.

“I’d love to say I think the tide will turn and the states across the country will see the value of public education and the great return they’ve gotten, but … it continues to be a hard sell. For whatever reason, our elected officials don’t value higher education the way they used to.”