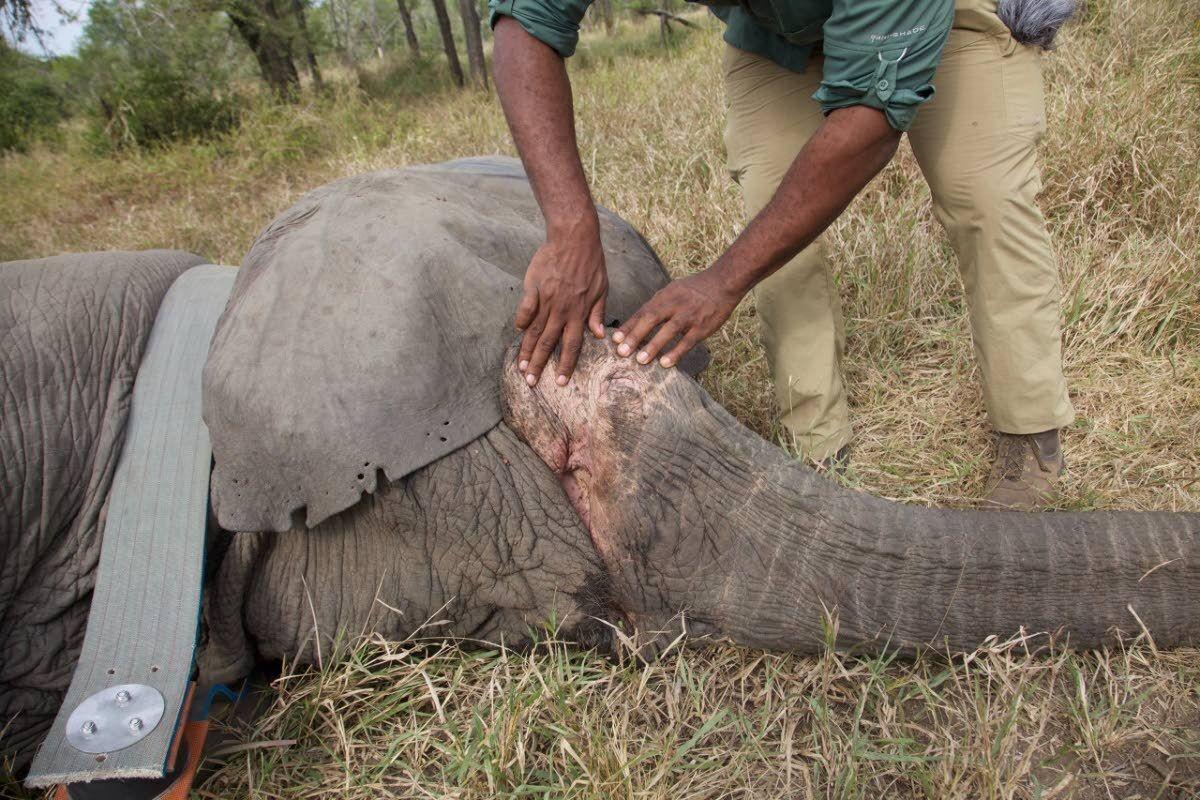 Shane Campbell-Stanton shows on a tranquilized tuskless elephant where the tusks would normally be found. Photo courtesy of Rob Pringle. 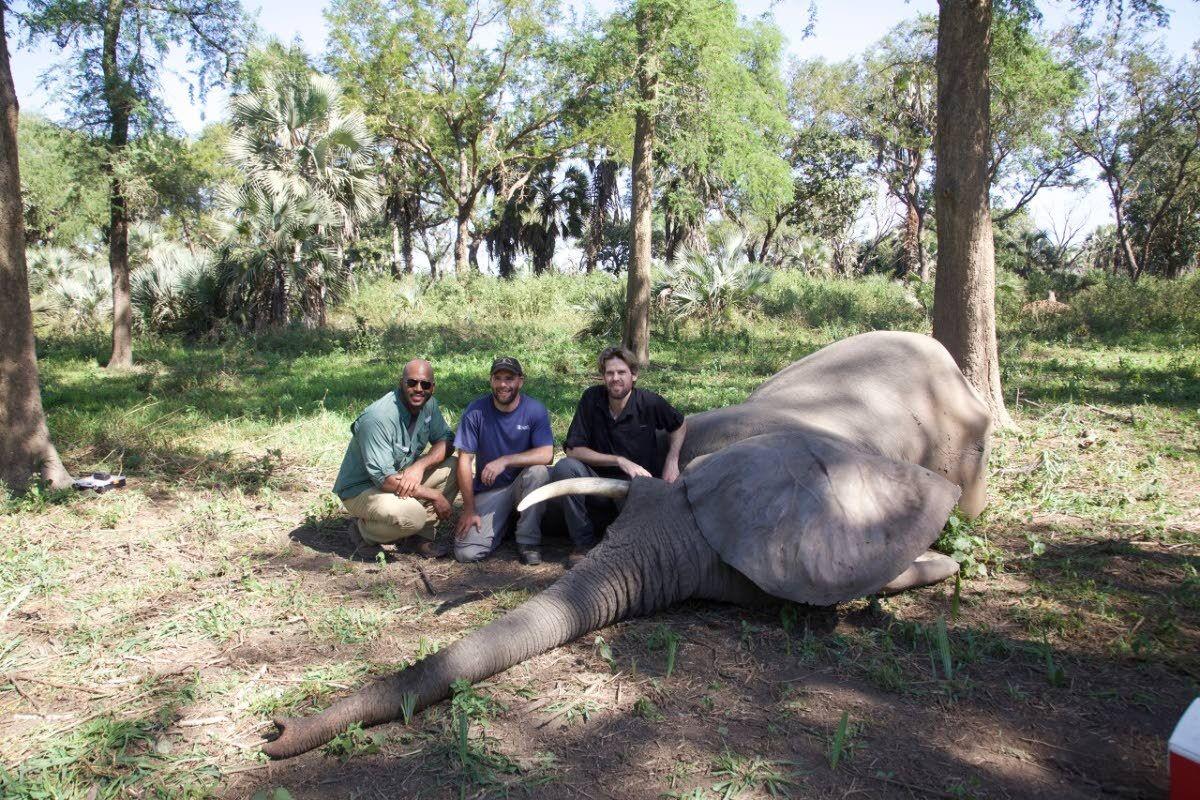 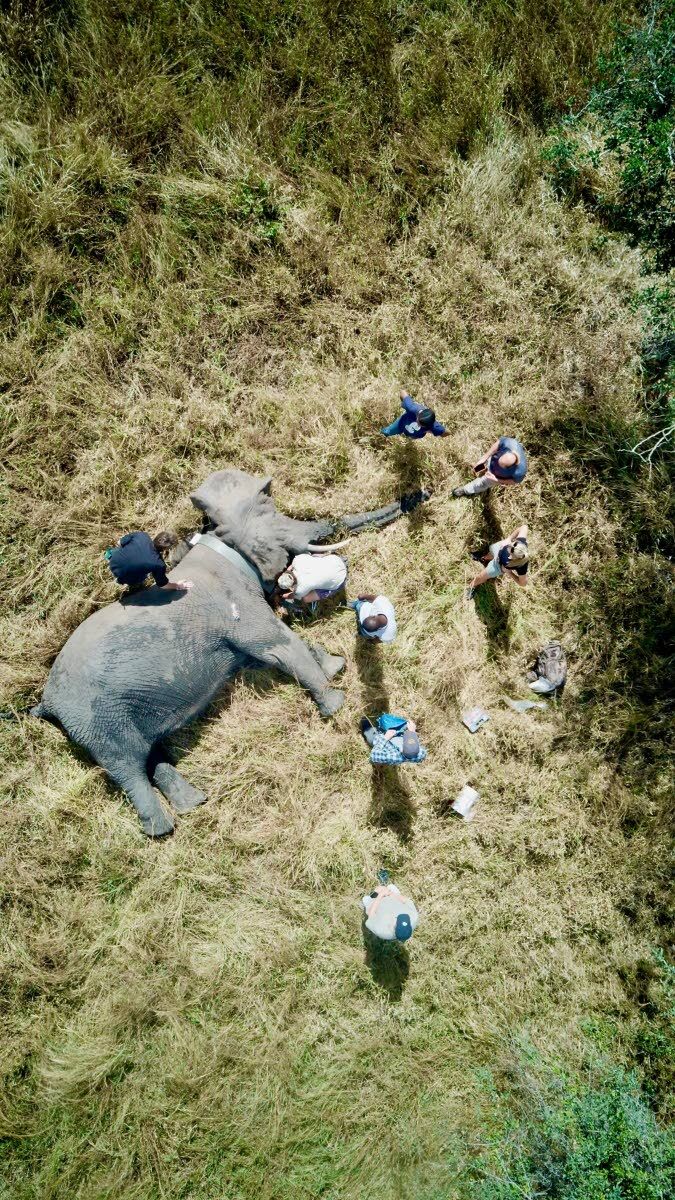 A drone shot of the elephant team collecting genetic samples from a tranquilized elephant. Photo courtesy of Shane Campbell-Staton.

Shane Campbell-Stanton shows on a tranquilized tuskless elephant where the tusks would normally be found. Photo courtesy of Rob Pringle.

A drone shot of the elephant team collecting genetic samples from a tranquilized elephant. Photo courtesy of Shane Campbell-Staton.

A researcher at the University of Idaho recently co-authored a study examining the way decades of ivory poaching during the civil war in Mozambique led to a greater proportion of female elephants in the region who no longer produce tusks.

African elephant populations at Gorongosa National Park declined by 90 percent in response to substantial poaching during the 1977-92 conflict. When the population recovered after the war, a large portion of females were born tuskless.

Ryan Long, an associate professor of wildlife sciences at UI, set out with colleagues to understand how the pressure of ivory trade triggered evolutionary consequences.

“None of us have ever observed — in all the years we’ve worked (at Gorongosa National Park) — a single tuskless male,” Long said. “We had no idea why that was the case, but it suggested there might be some kind of genetic reason.”

Long started working at the national park as a post-doctoral student at Princeton University in 2014. Shortly after, he earned a faculty position at UI.

For several years, the researchers in Mozambique observed about 800 elephants at the national park. They also collected blood samples from seven tusked and 11 tuskless female elephants to look for differences in their DNA.

The team’s findings were published Thursday in the journal Science.

According to Long, their genetic analysis revealed how the trait of tusklessness is passed to offspring.

Tusks evolved from teeth to give the species an evolutionary advantage. The large mammals use them to lift objects, dig for water and strip bark from trees to eat.

Long said the increase in female elephants born without tusks represents the power of natural selection on the population.

“It’s super fast for evolution,” he said. “We normally think of evolution as something that takes many, many, many generations to occur. But the poaching of this elephant population was extremely intense.”

Poaching from the 30-year period reduced the number of elephants in the region from 2,500 to roughly 250.

In the next phase of research, Long hopes to learn more about what the change means for the species and its savanna environment.

“We’re going to start to look for signatures, like whether they’re selecting habitats differently,” he said. “We want to try and get a handle on what the behavioral consequences are, because right now we have no idea.”

Palermo can be reached at apalermo@dnews.com or on Twitter @apalermotweets.