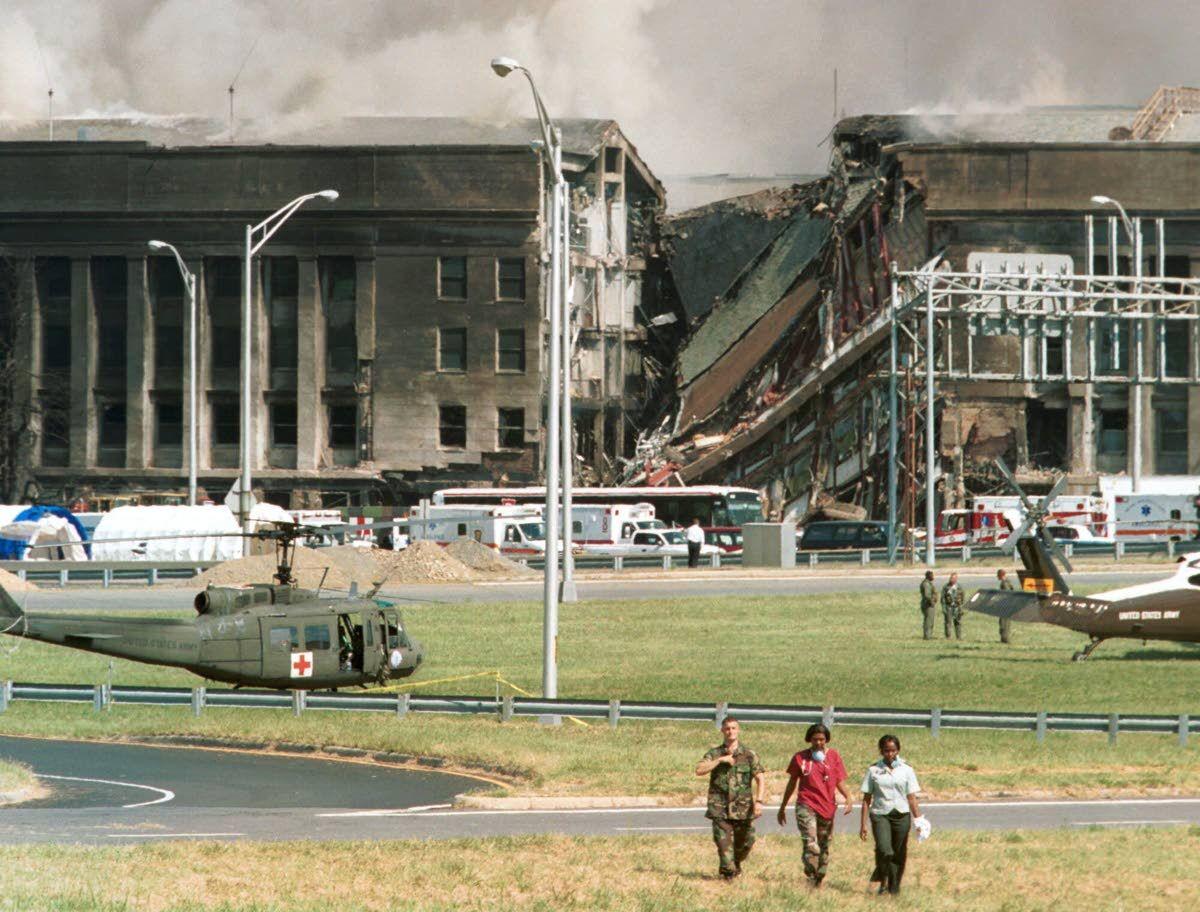 Three unidentified rescue workers walk away from the crash site at the Pentagon in Arlington, Va., in this Sept. 11, 2001, file photo. In the most devastating terrorist onslaught ever waged against the United States, hijackers crashed two airliners into the World Trade Center, toppling its twin 110-story towers. The deadly calamity was witnessed on televisions across the world as another plane slammed into the Pentagon, and a fourth crashed outside Pittsburgh. 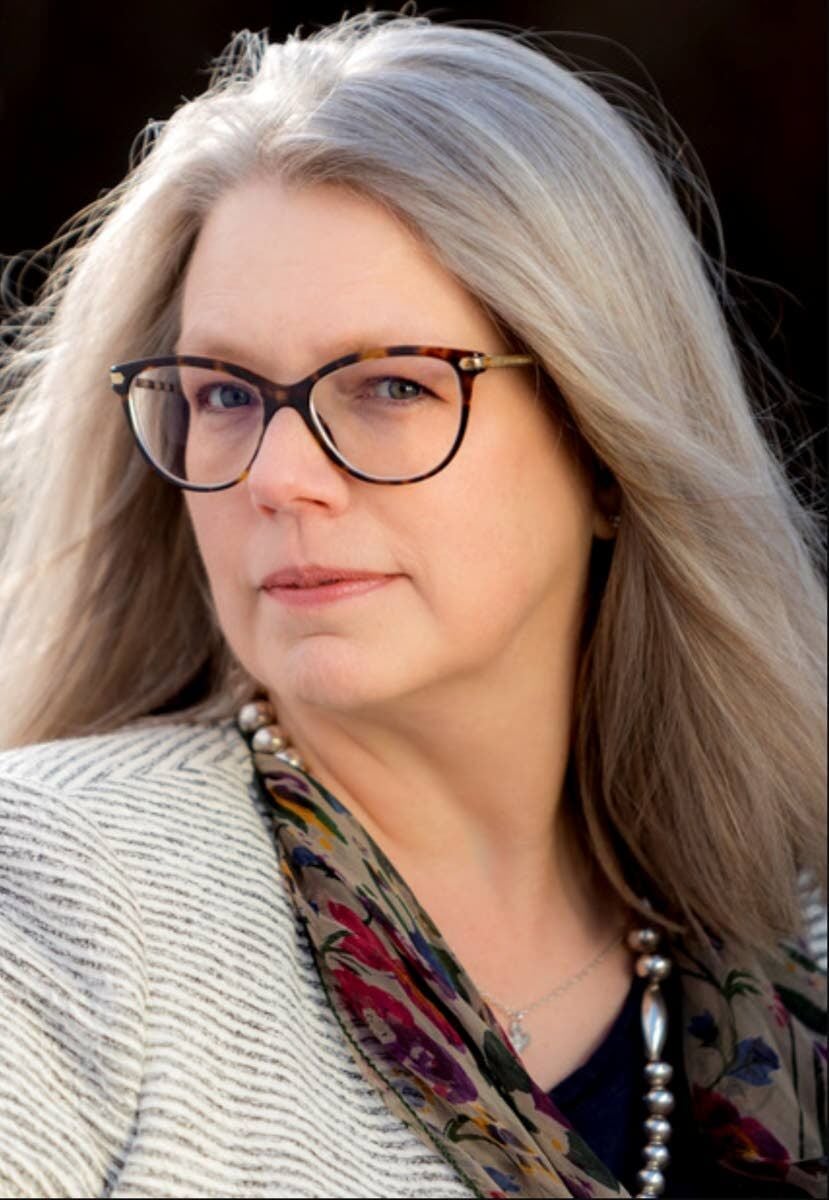 Three unidentified rescue workers walk away from the crash site at the Pentagon in Arlington, Va., in this Sept. 11, 2001, file photo. In the most devastating terrorist onslaught ever waged against the United States, hijackers crashed two airliners into the World Trade Center, toppling its twin 110-story towers. The deadly calamity was witnessed on televisions across the world as another plane slammed into the Pentagon, and a fourth crashed outside Pittsburgh.

As a professor at a Midwestern university, each anniversary of the Sept. 11, 2001, terrorist attacks gives Jennifer Burek Pierce a reminder of the ever-increasing age gulf between her and her students.

“So we’re now at a point where for the entering freshmen in a college cohort this year, 9/11 was two years in the past by the time they were born,” said Burek Pierce, an associate professor at the University of Iowa School of Library and Information Science. “They know it as a historical event, and you know it as an event you participated in and experienced.”

Burek Pierce did some of her graduate studies at Washington State University in the years before the attacks, and had moved to Arlington, Va., with her husband by the time they struck. Matt Pierce was working at the Capitol as a chief-of-staff for former U.S. Rep. Baron Hill of Indiana when a jetliner slammed into the side of the Pentagon, but Burek Pierce was at home just a few miles away from the impact.

In a telephone interview the day after the attacks with the Moscow-Pullman Daily News, Burek Pierce gave an eyewitness account of the chaos that ensued after she heard that shocking explosion.

The “boom” of the impact was so loud it sounded as if it came from her own backyard. Later, residents of her Arlington neighborhood watched from highway overpass pedestrian bridges as police and emergency vehicles began pouring onto nearby Interstate 395, the odor of burning jet fuel drifting through the air.

Residents who gathered at impromptu meeting places shared the latest pieces of information they had gathered from various sources in an attempt to make sense of the situation, Burek Pierce said at the time.

“Everyone was really pretty shocked,” she said. “It was a lot to process all at once.”

Now in her mid-50s, Burek Pierce said that even though she was right in the thick of the aftermath of the attack on the Pentagon, she has learned over the years that everyone has their own unique memories and experiences from that day.

“And for them, it also has that deep feeling,” she said. “They knew they were together when this big, horrific thing happened, and it really seemed to create a stronger sense of community and connection because they experienced it together. I think it affects all people who were present with one another and had to try and make sense of it in the moment.”

Still, the shared memories of the attack from the perspectives of those who were actually there possess their own power. Communications in the aftermath were “fragmented and strange,” she said, and some cellphones just stopped working for a time. So she spent much of the day with a friend.

“Being together through that experience and connecting and supporting each other in such a time of stress, it’s been a bond that’s continued to shape our friendship,” Burek Pierce said. “(Sept. 11) is still a touchstone for us, even if we haven’t been in the same spaces and been able to be in touch. We still try to connect again, if nothing else but a quick phone call in the evening on the anniversary of 9/11.”

Life this year has been hectic, Burek Pierce said, so the 20th anniversary kind of snuck up on her. But the topic did come up recently during a conversation with a colleague who wondered what it was like to be present in the nation’s capital that day. And that helped her realize that even though the tragedy was a shared experience for the entire country, witnessing it firsthand was ultimately different.

“His experience is such that he doesn’t know what it sounds like when a plane slams into an office building,” she said. “That’s a good thing, that other people don’t walk around with this as part of their world experience, as far as I’m concerned.”