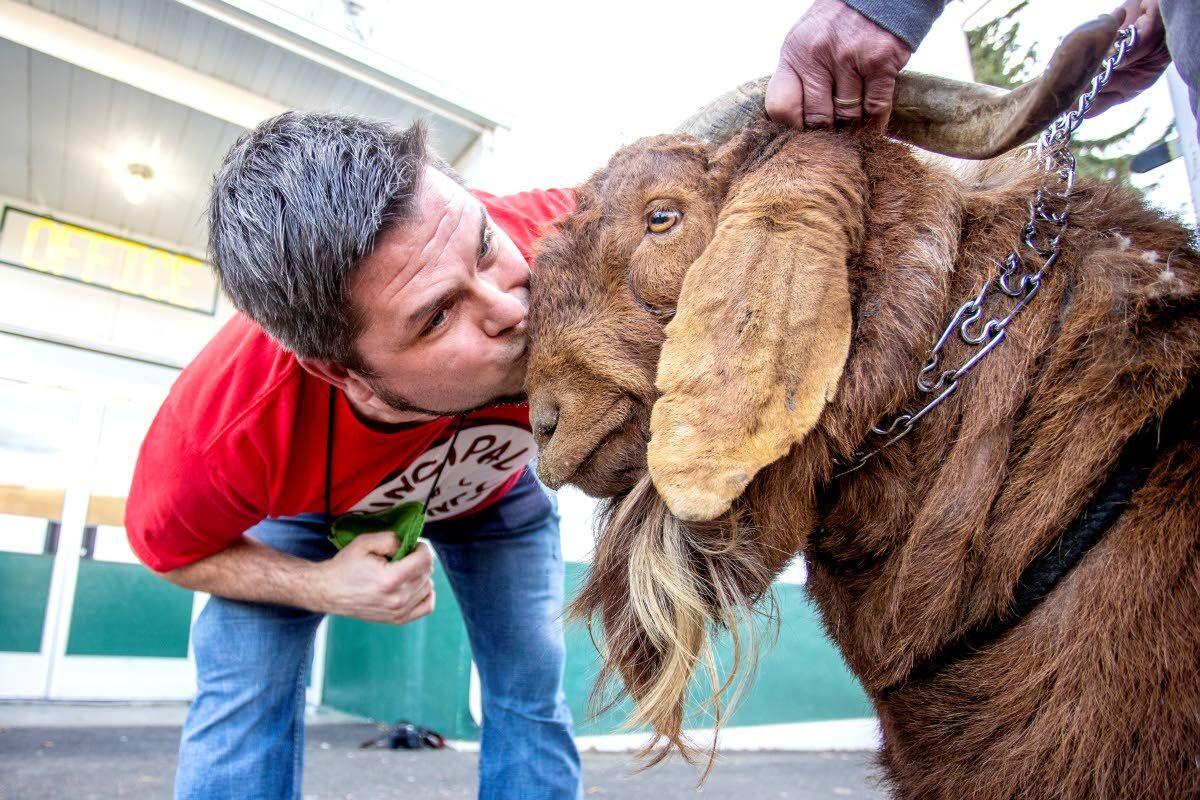 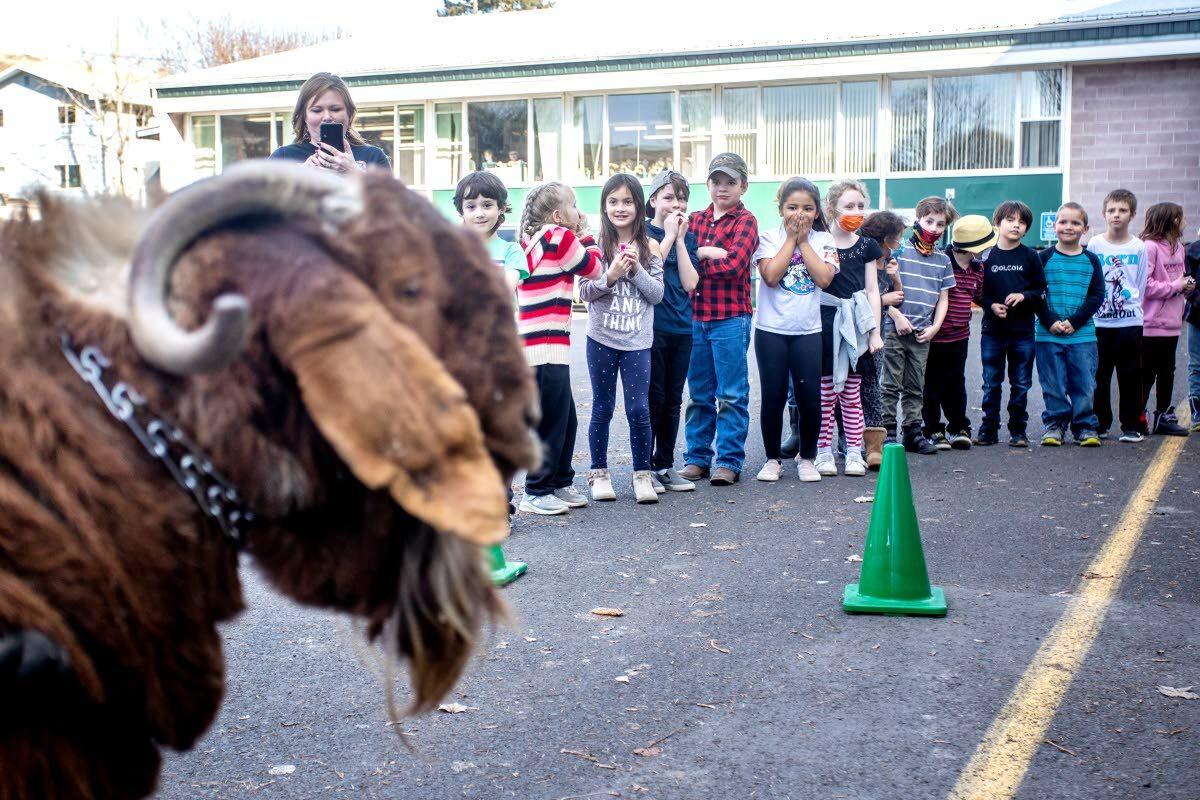 Culdesac first and second grade kids react as Stitches the goat emerges from his trailer Thursday at Culdesac. 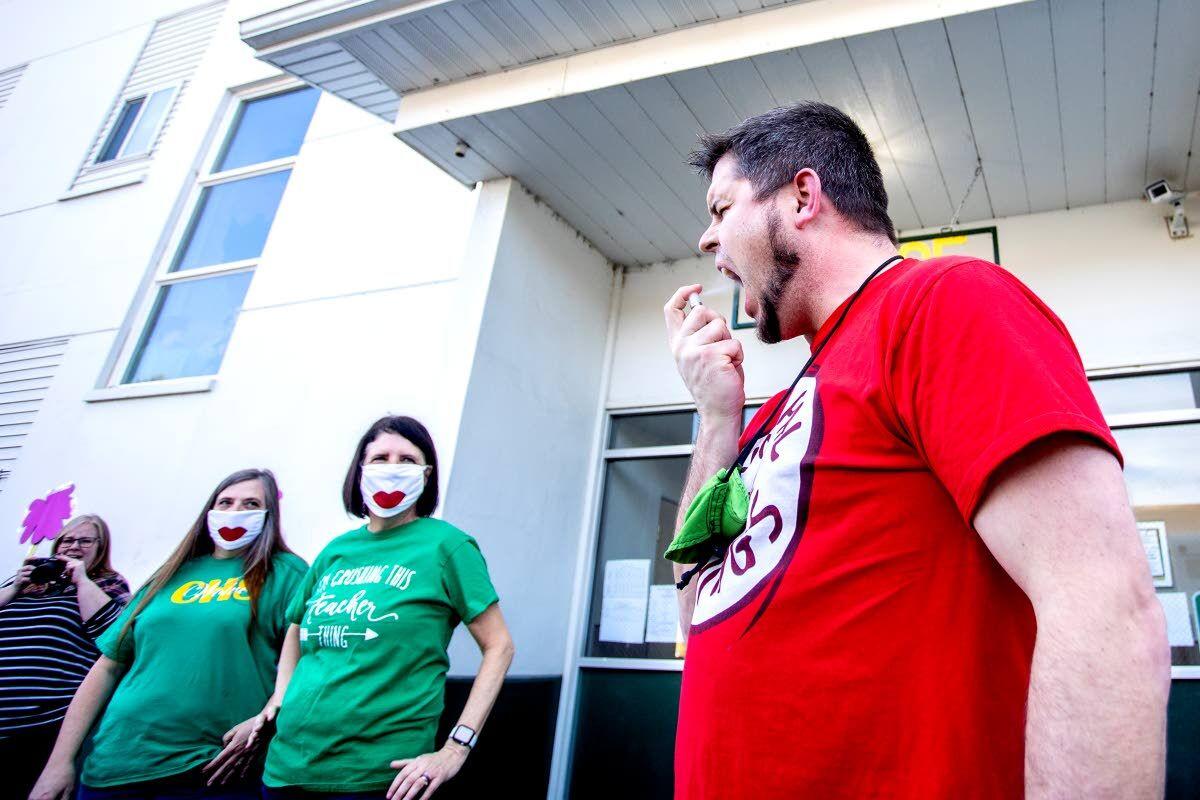 Culdesac School Principal Chase Woodford takes a spritz of mouth spray before stepping up to kiss Stitches the goat Thursday in Culdesac. 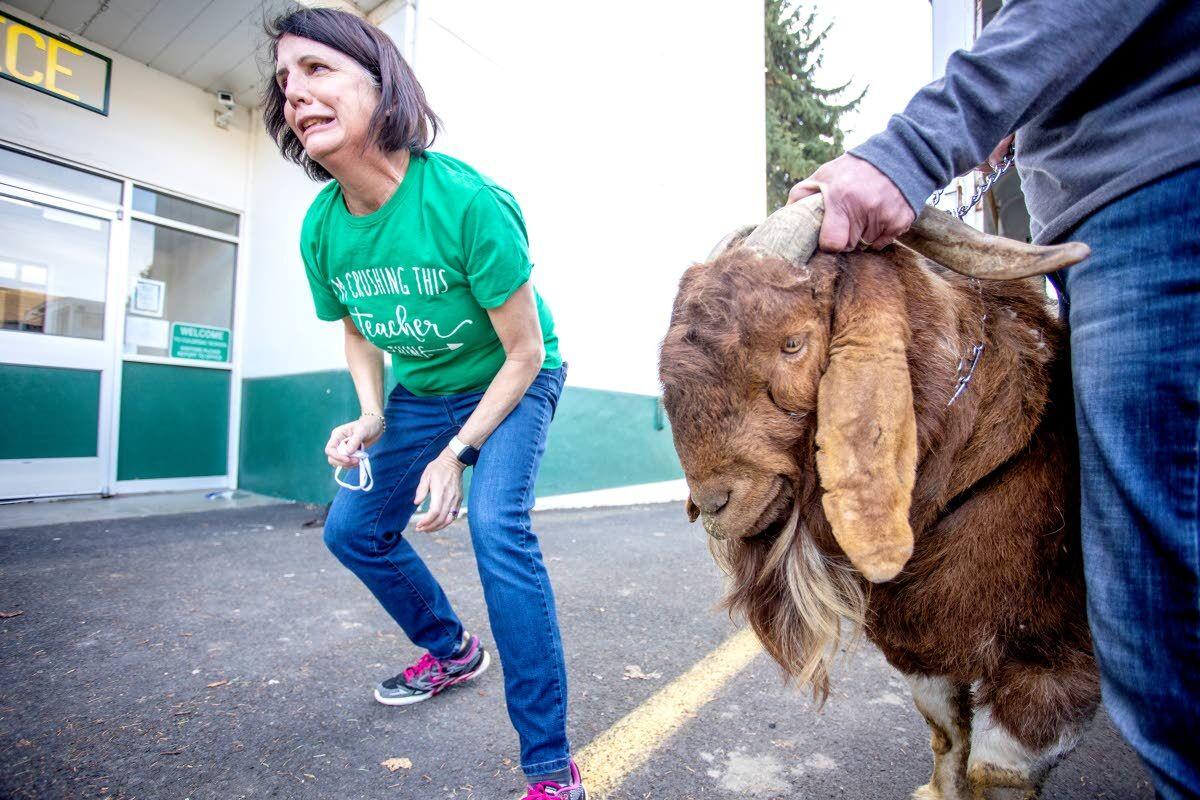 Culdesac first and second grade kids react as Stitches the goat emerges from his trailer Thursday at Culdesac.

Culdesac School Principal Chase Woodford takes a spritz of mouth spray before stepping up to kiss Stitches the goat Thursday in Culdesac.

CULDESAC — First and second graders eagerly stood outside of the Culdesac School on Thursday as a surprise visitor walked out of a trailer.

“Kiss it,” the kids screamed, as one student plugged her nose to ward off the smell of the goat.

The 22 kids were told that Woodford would kiss a goat if they read 175 books in February. But when the students surpassed their goal and tallied even more books, their reward continued to grow.

Hunt was nominated to also kiss the goat if the kids read 200 books and later Hewett agreed to lay a smooch on the large buck if the kids finished 225 books.

It took the kids 16 days to read 236 books, which also earned the students an ice cream party.

Woodford kept track of the students’ progress as the kids placed stickers on a wall to indicate how many books they had read. He originally thought he would have to kiss a baby goat, but preschool teacher Melanie Gibbs wasn’t going to let him off the hook that easy. Instead, she picked Stitches, “the biggest and stinkiest” goat she owned.

“I was baited a little bit,” Woodford said with a laugh.

His son, Bentley Woodford, could hardly contain his excitement as he waited with his classmates outside.

“My favorite part was seeing my dad kiss the big goat,” Bentley said. “It was funny.”

Kris Ehli, another second grader, said he had full confidence that he and his classmates would be able to complete the reading challenge. Watching Hewett and Hunt also kiss the goat was an added bonus, Ehli said.

Hunt was proud of the students who read the books on top of their daily classwork.

Hewett said the pride for the students’ accomplishment was felt outside of their classroom walls.

“I think the whole school is proud of them,” she said.