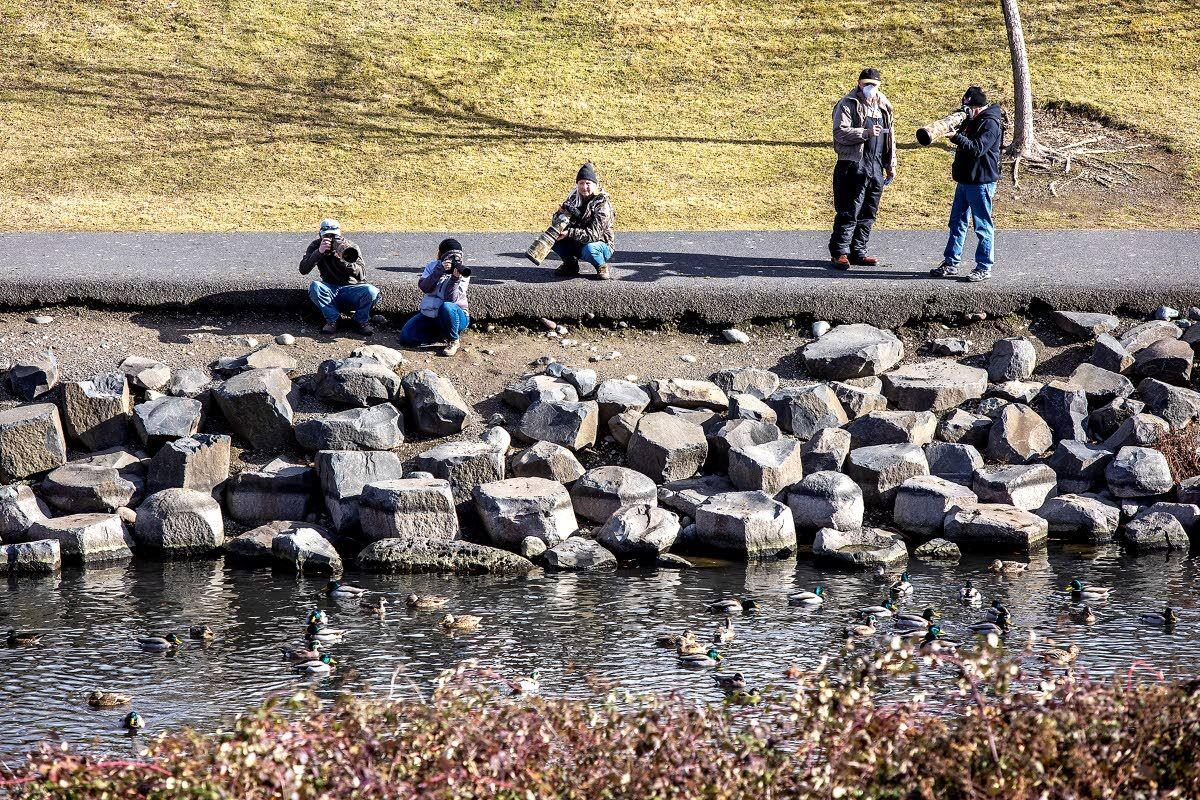 Birders train their cameras on ducks and other birds enjoying a sunny day at the Kiwanis Park ponds in Lewiston. Accessible birding opportunities abound in the Lewiston-Clarkston Valley and surrounding area. 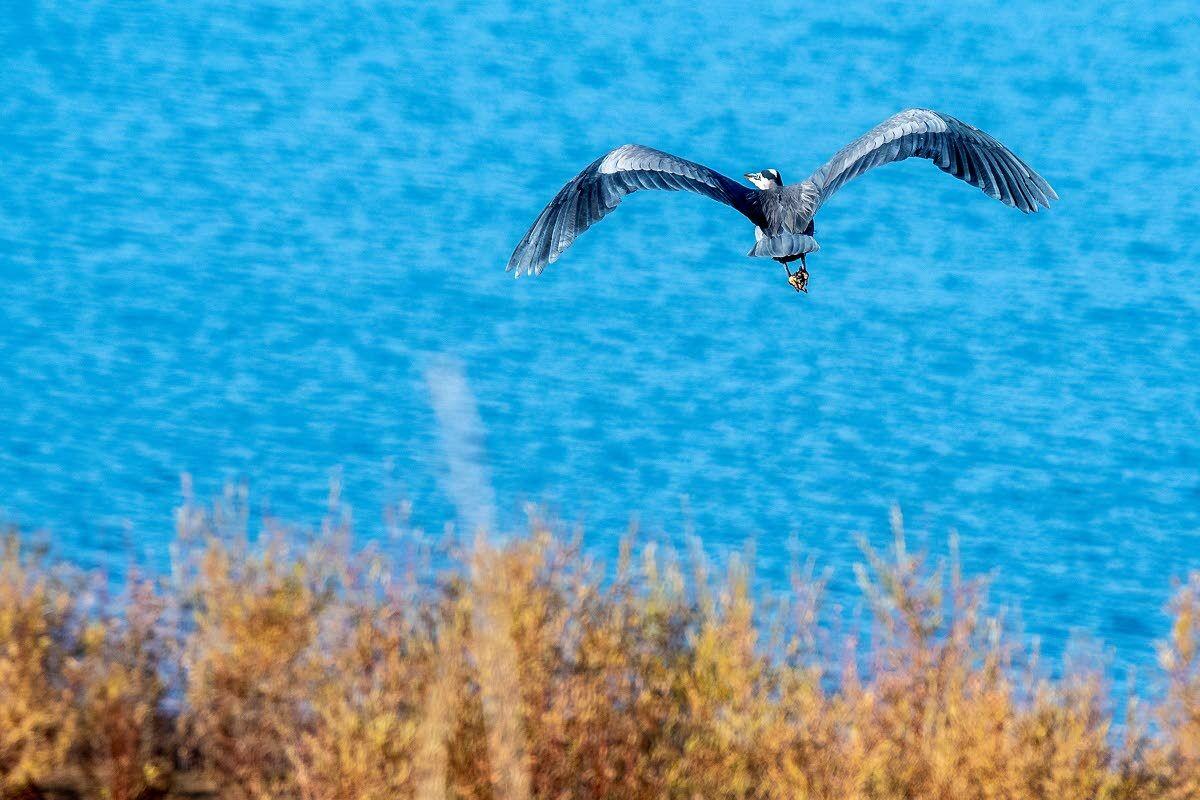 A great blue heron flies across Mann Lake in the Lewiston Orchards. The lake is a popular birding destination, boasting a variety of migratory birds seasonally.

Birders train their cameras on ducks and other birds enjoying a sunny day at the Kiwanis Park ponds in Lewiston. Accessible birding opportunities abound in the Lewiston-Clarkston Valley and surrounding area.

A great blue heron flies across Mann Lake in the Lewiston Orchards. The lake is a popular birding destination, boasting a variety of migratory birds seasonally.

News reports the past several years have suggested that birding is booming as a popular outdoor activity.

That may be because birders are typically happy to introduce new people to their favorite pastime. They also brag about their favorite viewing locations, and regularly offer precise directions to the latest rare bird sighting.

This isn’t like some prized huckleberry patch where pickers are sworn to secrecy before they get within 10 miles of the place. Birders want more people to get involved.

Along those lines, official birding trails have been established in both Idaho and Washington. They list dozens of locations in various regions of the state, highlighting some of the best hot spots for seeing different species.

Details regarding the Idaho Birding Trail can be found on the Idaho Fish and Game website, at idfg.idaho.gov/ibt.

The Great Washington State Birding Trail, which features seven different loop routes, is managed by Audubon Washington. The organization charges $4.95 for hard copy maps of each route. More information can be found online, at wa.audubon.org, and clicking the “Birds” link at the top.

Located in Whitman County off U.S. Highway 195, the park features a shady picnic area and 3.2-mile paved road that spirals to the top.

There’s good birding both in the picnic area and at pullouts along the spiral road. Species include lazuli buntings, house wrens, Bullock’s orioles, horned larks and a variety of sparrows, such as Lincoln’s, grasshopper and Brewer’s.

Chief Timothy Habitat Management Unit — Located about 5 miles west of Clarkston along U.S. Highway 12, this is one of the most dependable spots in the region to hear yellow-breasted chats, the largest warbler in North America.

Whether you’ll actually see the green-yellow bandits is another thing entirely. Unlike most warblers, chats are very loud — you can hear them mocking you from 100 yards away. But they’re also very shy and secretive. They hide in the bushes and upper branches of trees, surrounded by leaves, and typically drop out of sight before you get closer than 30 yards. You can occasionally get good views of them, but almost always from a distance.

There’s a nice trail that runs the length of the habitat management unit. Yellow warblers, black-headed grosbeaks and gray catbirds are common summer visitors, along with American and lesser goldfinch. White pelicans and osprey can also regularly be seen patrolling the river corridor.

Mann Lake — Located east of Lewiston, at the end of Powers Avenue, this 136-acre reservoir is described by the Idaho birding trail guide as “the best birding spot in the region.”

The lake offers year-round viewing for waterfowl. Of particular note, however, is the July-October shorebird migration. If water levels in the reservoir are low, species such as American avocet, greater and lesser yellowlegs, western and semipalmated sandpiper, long-billed dowitchers, dunlin and willets can be seen feeding in the mudflats near the parking area.

In the summer, song birds can be found in the brushy areas surrounding the lake.

For those looking to go a little farther afield, the Turnbull National Wildlife Refuge near Cheney, Wash., has several good trails for walking, as well as a 5-mile loop road.

Several different duck species and the occasional tundra swan can be seen in the ponds before you get to the visitor’s center. A paved trail provides easy access to one of the ponds; common yellowthroats and yellow warblers are frequently seen in the surrounding brush and reeds, along with noisy marsh wrens. Say’s phoebes often hawk for insects from the fence posts near the visitor’s center.