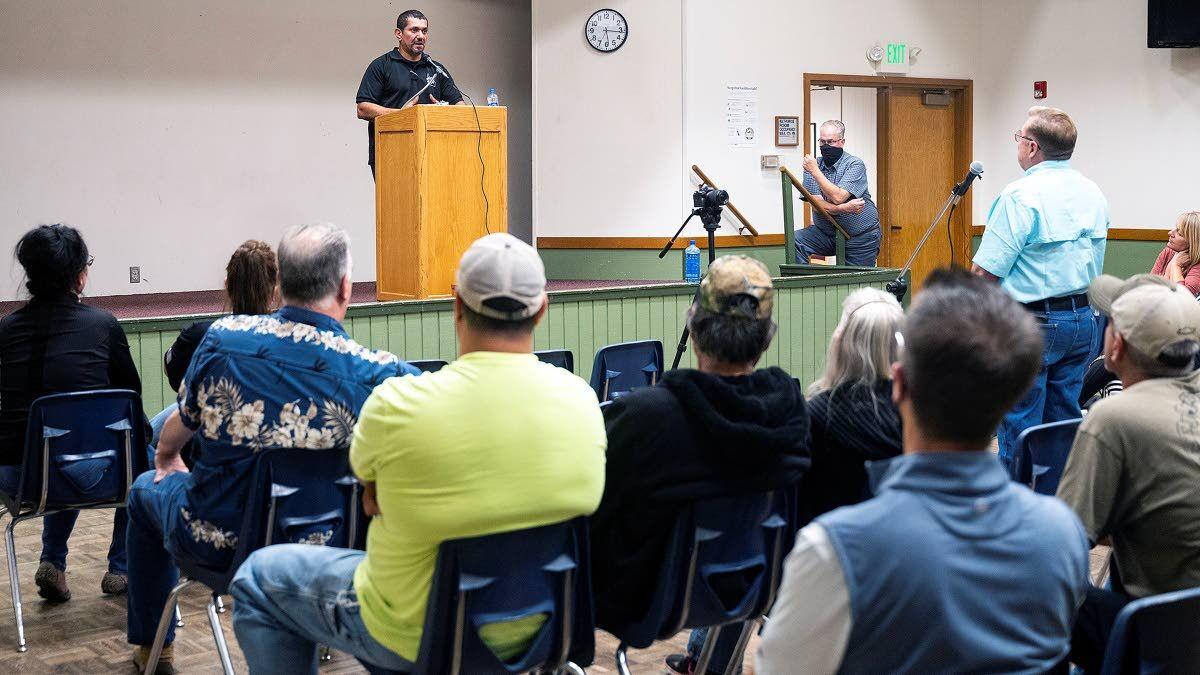 Nez Perce Sheriff Joe Rodriguez responds to questions from the public Monday evening during a question-and-answer forum at the Lewiston Community Center. 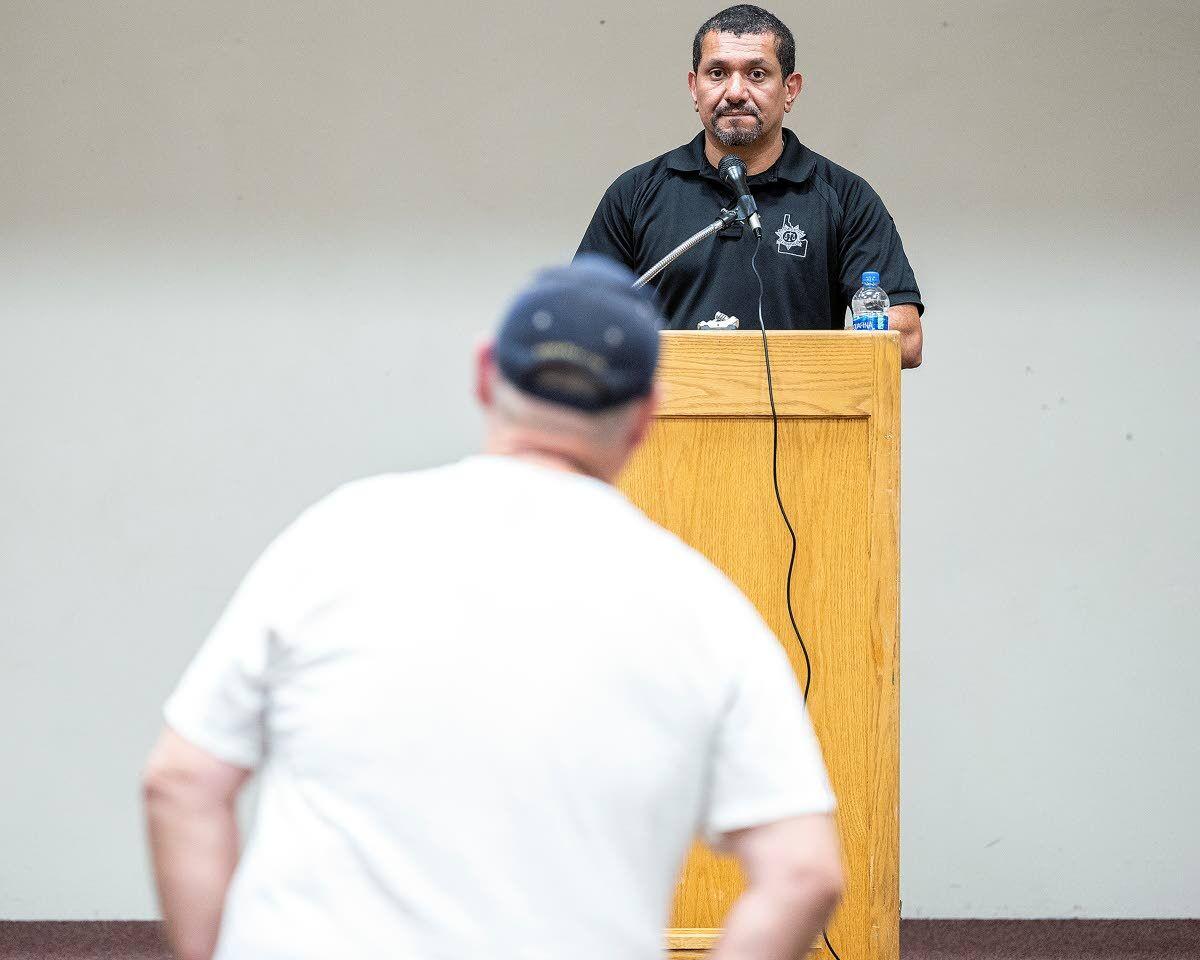 Sheriff Joe Rodriguez answers a question posed by an audience member about his military record Monday evening during a question and answer forum Rodriguez held at the Lewiston Community Center.

Nez Perce Sheriff Joe Rodriguez responds to questions from the public Monday evening during a question-and-answer forum at the Lewiston Community Center.

Sheriff Joe Rodriguez answers a question posed by an audience member about his military record Monday evening during a question and answer forum Rodriguez held at the Lewiston Community Center.

A question-and-answer session with the Nez Perce County Sheriff, billed as an opportunity for him to address questions raised about his leadership, began with the disclaimer that questions about his allegedly airing confidential personnel information to an anonymous Facebook page would not be answered.

Jeff Sayre, Rodriguez’s friend and former campaign treasurer in 2016, delivered the message to the gathering of 23 people that questions about the sheriff allegedly sharing confidential information from employee personnel files with the anonymous Facebook page LC Valley Corruption were off limits.

The gathering grew to 31, most supporters of the sheriff, an hour after the session started. The event was also streamed online at Rodriguez’s Sheriff Joe Rodriguez Facebook page, where there were 51 comments, 26 likes and 495 views, according to the page Monday night.

Rodriguez was asked if an Oct. 1 letter stating the Nez Perce County Prosecutor would no longer provide “any legal advice or direction (to the sheriff’s office) on any matters of personnel or general management” would affect the sheriff’s office and prosecutor’s office working on criminal cases, something the letter said would not be the case.

It is unclear what letter Rodriguez was referring to. ICRMP’s most recent letter from Executive Director Timothy Osborne noted the prosecutor’s letter ending certain representation of the sheriff from Oct. 1 and announced a new deductible structure for the sheriff under the Employment Practices Liability Amendatory Endorsement of the county’s policy.

The new deductible structure is a graduated one that will cost the county $15,000 on the first personnel claim against the sheriff, $30,000 on the second, $45,000 on the third and $60,000 on the fourth and all claims after that. The deductible before the graduated structure was put in place last week was $0, according to Nez Perce County Clerk Patty O. Weeks.

Rodriguez later told the audience that ICRMP would revisit the issue after the election.

When pressed about why people could not ask questions about the alleged online posts releasing confidential personnel information to an anonymous Facebook page, Rodriguez said he was not answering the question on advice of legal counsel, ICRMP and the prosecutor’s office.

“You can ask it, but like the statement that was made earlier, I won’t answer it,” he said.

Rodriguez was asked about his military service.

He explained he was in the delayed enlistment program. He said he went to his Military Entrance Processing Station in Butte, Mont.

After he was sworn in, he said, he was called into a room and asked to perform different physical exercises. Rodriguez said he was then told he “was not capable of going to boot camp,” noting he really wanted to be in the military.

Rodriguez deflected a question about whether Chief Deputy Tim Ottmar would stay with the agency after Election Day.

“That is not to be discussed,” he said.

Rodriguez said he was notified of a smear campaign two years ago.

“I didn’t know it was going to be this bad,” he joked.

Some Rodriguez supporters in the audience made statements that they liked Rodriguez’s online post that he “was the Trump of Nez Perce County.”

When asked how he would propose damage control when the community is plagued by “convoluted, twisted facts,” Rodriguez said, “I’m just going to keep being the person I am.”