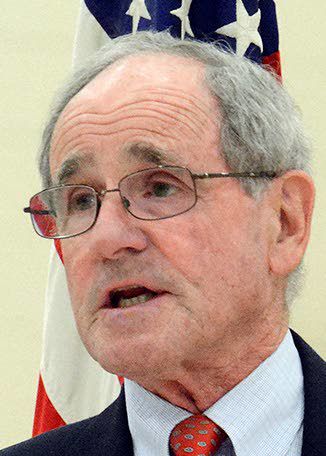 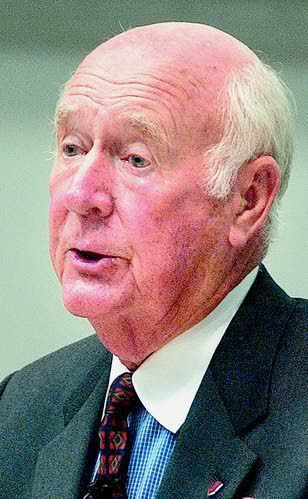 WASHINGTON — When Idaho Sen. Jim Risch held up a major federal budget bill in 2018 in an unsuccessful attempt to remove a clause naming an Idaho wilderness after the late Democratic Gov. Cecil Andrus, the move drew national bewilderment.

Risch’s insistent opposition delayed a federal budget deal long into the night; in the end, while the Republican succeeded in getting the naming removed from the Senate version of the budget, Idaho GOP Rep. Mike Simpson’s objection in the House meant it stayed in the bill that became law.

In a recent interview with the Idaho Press in Washington, D.C., Risch finally opened up about the bizarre incident.

“That was an Idaho thing,” he asserted. “Look, any time somebody puts something in a bill that affects Idaho without a hearing, and they put that in a 3,000 page bill. ... I always thought the wilderness would be named after Cecil Andrus. I actually supported it. But you shouldn’t do it in the middle of the night. That was my balk there.”

The provision adding Andrus’ name to the White Clouds Wilderness, which is in Idaho’s Sawtooth and Challis National forests, was buried on page 786 of a 2,232-page spending bill.

Andrus was a four-term Idaho governor who had died the year before; the provision was sponsored by Simpson, who worked for a decade and a half to win protection for the wilderness, with Risch’s support.

Andrus, a former U.S. secretary of the interior, also worked to protect the White Clouds throughout his long political career. Opposing a proposed open-pit mine in the area was a central issue of his first run for governor in 1970.

Risch and Andrus never got along; they clashed in particular over education funding in the 1980s, an issue that led to Risch’s first-ever electoral defeat in 1988, from which he didn’t return to office until 1995.

When Risch ran for the U.S. Senate in 2008 and said he’d worked with Andrus back when Andrus was governor and Risch was the Republican president pro-tem of the state Senate, Andrus issued a blistering rebuttal.

“Worked against me is more like it,” the former governor said. “Risch is one of the most partisan people I’ve ever had to deal with. During his time in legislative leadership, cooperation across the aisle and with the governor’s office reached a new low.”

“I had no feud with Andrus,” Risch told the Idaho Press. “He did not like me. The feeling was not mutual. After he died, I said the guy was a very capable politician and did a lot for Idaho.”

Risch said his objection to the Andrus naming provision was “totally a process issue.”