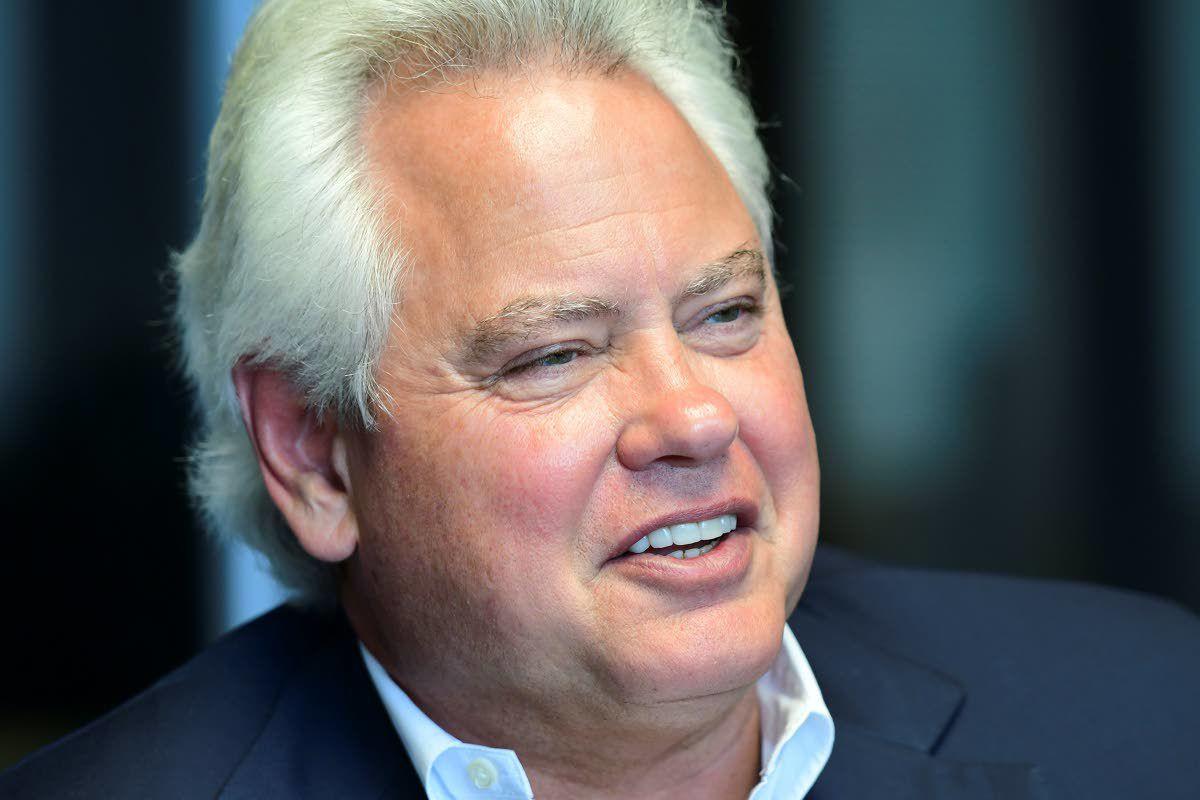 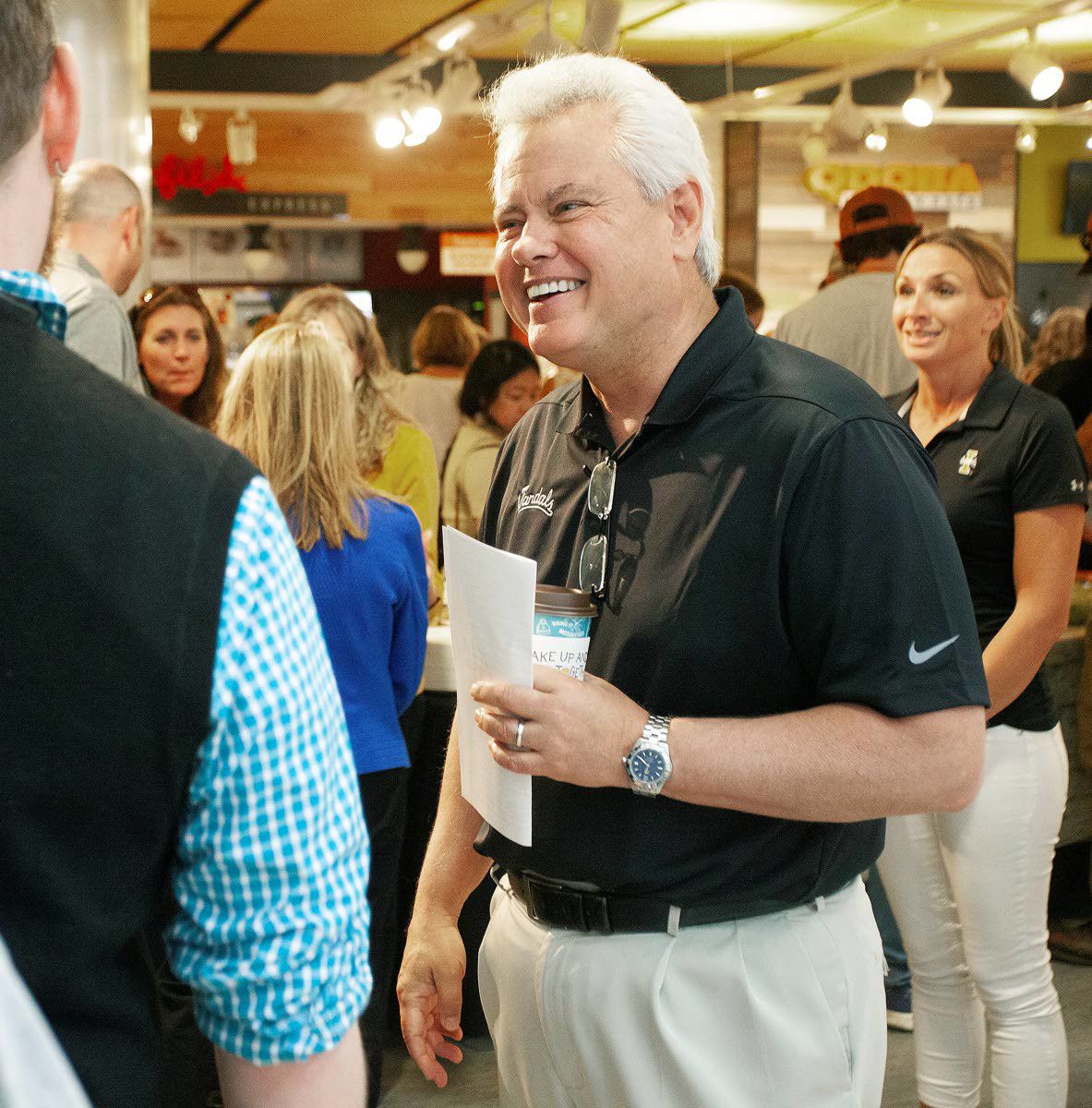 University of Idaho President Scott Green talks with faculty, staff and students during a welcome barbecue in July at the Idaho Commons in Moscow. 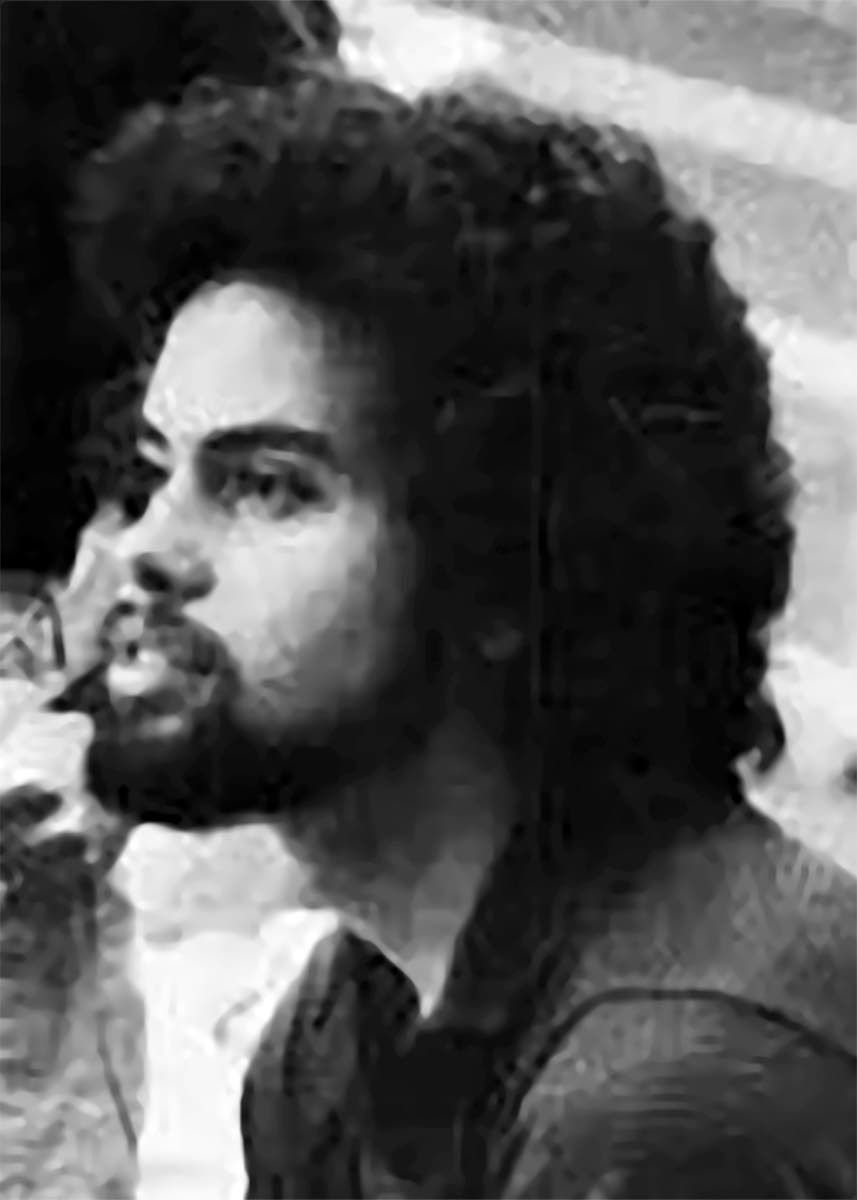 University of Idaho President Scott Green talks with faculty, staff and students during a welcome barbecue in July at the Idaho Commons in Moscow.

Scott Green’s new role as the 19th president of the University of Idaho marks a homecoming of sorts.

Green, who started July 1, was the student body president in the 1980s.

He grew up roaming the halls around Memorial Gym when his grandfather, Leon “Doc” Green, was the Vandal athletic director.

More recently, Green was the global chief operating and financial officer of the international law firm Hogan Lovells, when he found himself at a crossroads.

Then-President Chuck Staben was leaving UI after the Idaho State Board of Education decided not to renew his contract, so the search for a new leader began. Green was approached about the job.

“A couple of my friends, who were alumni, somehow talked me into putting my name in, and honestly, when I did that, I thought we could change the discussion and get the state board to consider other points of view,” Green said. “I honestly didn’t think I’d end up being the 19th president of the University of Idaho.”

When he was offered the position, Green faced a predicament. He said the change would be the worst career move he could make. His salary of $420,000 at UI would be a pay cut, and if things didn’t go well, there would be nowhere to go from the presidency.

But his former boss gave him advice that would cement his decision. Green could either continue in his role and make lawyers and their firms more money, or he could look back 10 years from now and say he helped educate 100,000 kids.

“I hung up the phone, and I was all in,” Green said during an interview at the Lewiston Tribune’s office last week.

Closing a revolving door in the president’s office

Green hopes to bring stability to the institution and the president’s office, which has seen high turnover.

“I’m going to be the fourth president in 10 years, and to me that’s really a lost decade for the University of Idaho,” Green said. “Personally, I just don’t think the university can or should go through another period like that.”

At his introduction to the campus community shortly after he was selected as the president, he said this would be his last job. After all, he said, he knows no other fight songs, so where could he go from here?

Green has committed to staying at UI until he is no longer effective, or until the state board decides it’s time for a change.

“I just want to do the best job I can for the university,” he said.

Green’s priorities focus on student success, research and getting UI’s story out.

His primary job, Green said, is to help ensure students graduate on time and to narrow the funding gap, which is often a deciding factor for those considering higher education.

Research: Continuing to invest in research is paramount for the university, Green said. About two-thirds of UI’s undergraduate students participate in research, which he pointed out is unusual. At many institutions, it’s graduate students who get to have that experience. It’s valuable to provide not only the theory, he said, but to also give students the opportunity to put that knowledge to the test.

Telling the university’s story: UI has a 100 percent placement rate for students in its cybersecurity program, as well as in its forestry program. Stories like that need to be told, Green said.

“We have way too many students who’ve said to me ‘What a great place… but I kind of found you by accident,’ ” he said. “That should not be happening. We should proactively be out there letting them know what our programs are.”

Telling UI’s story could help boost enrollment, Green said. Last fall, numbers dropped by 2.6 percent. Another important focus is to ensure education is affordable, especially given that about 40 percent of UI’s students are eligible for Pell Grants.

The cost of education and the Legislature’s role

While the Legislature has provided increases for higher education, the overall financial contribution is still lower than what has been provided historically. Increases in tuition are in part a result of the Legislature not fully funding the change in employee compensation, essentially a cost of living increase.

“It makes it hard to not raise tuition if we are not getting fully funded by the Legislature, but on the other hand, I also understand that if we are going to keep college affordable, we need to bend the costs, and we need to do our part, too,” Green said. “I think it’s more complicated than saying it’s all the Legislature’s fault or it’s all the president’s fault for increasing tuition. I think there is good work both of us can do to make college more affordable for our kids.”

As tuition increases annually, it’s important to educate Idahoans about the return of investment on education, Green said, adding those with a college degree will earn $1 million more throughout their lifetimes.

“It’s just a matter of convincing them this is a good investment in your future,” he said. “The more expensive we make education, the harder it is.”

There’s also lessons that can be learned from Purdue University in Indiana, a land grant institution that has been able to keep its tuition flat. While UI doesn’t have the same amount of resources or opportunities as Purdue, it’s a model worth evaluating, Green said.

And for legislators who don’t support funding increases, Green said, “Well, we all vote.”

“We have to get the word out to all of our citizens across the state, because a lot of folks just represent the thoughts of the folks in (their) area,” Green said. “So those folks are not going to change their mind unless their voters tell them.”

Green has ideas about how to make the university run more efficiently, in turn making it more affordable, but said it’s too early in the process to know if those ideas are viable.

“My team is looking into them, and that’s probably all I’m really comfortable saying at this point,” he said.

Idaho’s four-year, public education institutions have all had recent shake-ups in leadership. Marlene Tromp was recently named the new president at Boise State University. Kevin Satterlee, of Idaho State University, and Cynthia Pemberton, of Lewis-Clark State College, were both hired to lead those institutions last year.

“We all go to the Legislature and talk about how great our institutions are, but they don’t care,” Green said. “They care about education in the state of Idaho, right? So I get that, and I think the other presidents get that as well. … I’m not saying we are ready to go to the Legislature as one, but I think I’d be surprised if we don’t make that happen.”

The presidents at the four institutions seem to share the view that they can work together to improve higher education, he said.

The institutions are already working together at a high and effective level through collaboration on research projects and programs, according to Green. But to him, that’s just the tip of the iceberg.

“We really, truly all believe that collaboration is the future, and we are all going to gain if all boats are rising. This is the time,” he said. “I really believe that everyone’s heart is in the right place — not just their heads, but their heart.”

Green was the only nonacademic candidate out of the five finalists named by the Idaho State Board of Education. But he’s used to being nontraditional. During his time at Hogan Lovells, he was a nonlawyer leading a law firm.

Coming from a nonacademic background will open the door to a new way of thinking, he said.

Similarities between his old job and his new one could help as he tackles that challenge.

Lawyers, like educators, are often highly skeptical, and don’t respond well to a “command and control” structure, he explained. And in a law firm, there are partners you can’t fire, who hold a great amount of influence, similar to tenured positions at a university.

“They have very similar processes. They are different people; we call them different things, but the structure and the model is very similar.”