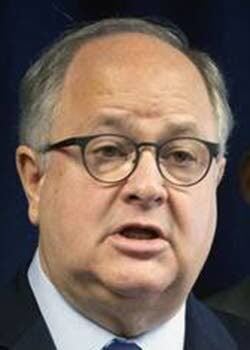 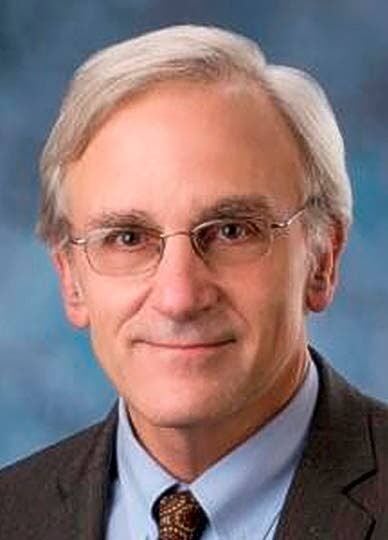 The options include a series of legislative plans that split either Idaho or Nez Perce counties. There’s also a separate proposal that would dramatically reshape the state’s congressional district boundaries.

Some of the alternatives will be unveiled during public meetings in the Treasure Valley this coming week. Additional hearings will take place in northern, central and eastern Idaho over the next month.

During a two-hour meeting in Boise on Friday, former Senate Majority Leader Bart Davis, who is co-chairman of the bipartisan commission, emphasized repeatedly that all options currently being discussed are draft proposals.

“I don’t know how I can say ‘draft’ more forcefully, without putting it in bold and underlining it,” he said. “The likelihood that these districts are the ones that will ultimately be adopted by this commission is very remote.”

The purpose of the initial drafts, Davis said, is to provide a starting point for public discussion. They’ll also give people a feel for some of the regional difficulties that arise when you try to reapportion the state’s population equally among 35 legislative districts, after a decade of differential growth.

“What we believe (the draft plans) will show is the difficulty we have when some areas increased in population — some quite substantially — and how that impacts other areas that had much slower population growth,” Davis said. “This is a difficult mathematical problem, and the best thing the public can do to help us is to share their ideas.”

The six-member commission has 90 days to redraw Idaho’s legislative and congressional district boundaries, based on the 2020 census population numbers.

The goal is to craft 35 new legislative districts that deviate in population by no more than 10 percent, and two congressional districts whose population is as close to exact as possible.

Earlier this week, the redistricting commission broke into three subcommittees to review various parts of the state.

Each subcommittee had one Republican and one Democratic member. The north Idaho subcommittee included Schmidt and former Rep. Eric Redman, of Athol.

The rapid growth in Kootenai County over the past decade, combined with very slow growth in north central Idaho, means legislative districts in the north central region have to be redrawn.

Schmidt and Redman considered several options, including one that split Nez Perce County and Lewiston between two legislative districts, and another that split Idaho County.

Under the Nez Perce option, the resulting legislative districts include:

A district that combines Clearwater, Benewah and Shoshone counties with the eastern half of Kootenai County;

A district that combines Latah County with the northwestern corner of Nez Perce County, including North Lewiston;

And a district that combines the bulk of Nez Perce County with Lewis and Idaho counties.

Another variation of this map adds Adams County to the Nez Perce-Lewis-Idaho district.

The Idaho County split option, by contrast, results in districts that more closely resemble the existing legislative districts in the region:

One large north-south district combines the eastern half of Kootenai County with Shoshone and Clearwater counties and the eastern two-thirds of Idaho County;

The current Latah-Benewah district would expand by picking up the southwestern corner of Kootenai County — keeping the entire Coeur d’Alene Reservation in a single district;

The current Nez Perce-Lewis district would expand by picking up the western third of Idaho County.

“Did I mention these are draft plans,” Davis said. “I don’t want to suggest that any of these lines are fixed or agreed upon, because they aren’t, other than the state boundary.”

The same note of caution applies to the congressional district proposals.

The commission briefly reviewed one map Friday that essentially keeps the existing congressional district boundaries, but modifies the line in the Boise area to equalize the population.

That plan, however, splits Ada County between the 1st and 2nd congressional districts.

Under the theory that county splits are to be avoided as much as possible in congressional districts, just as in legislative districts, the commission reviewed a second map that doesn’t split any counties.

It accomplishes that by radically redrawing the district boundaries: Instead of districts in western and eastern Idaho, it creates one district in the southwestern corner of the state that stretches from Twin Falls County to Washington County and includes all of Ada and Canyon counties.

The second district combines northern Idaho with all of eastern Idaho. The middle portion of the district crosses the Frank Church-River of No Return Wilderness, so there wouldn’t be a direct road connection between the two halves of the district.

The total population difference between the districts would be 237 people, compared to 52 under the more traditional layout.

Schmidt noted that all of the plans being considered by the commission will eventually be posted on its website, at legislature.idaho.gov/redistricting/2021.