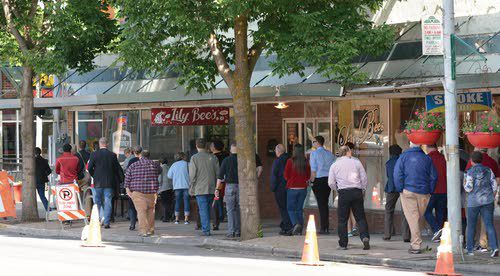 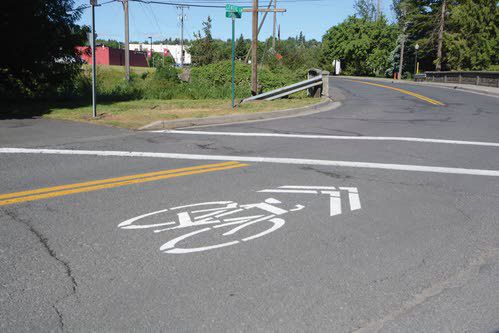 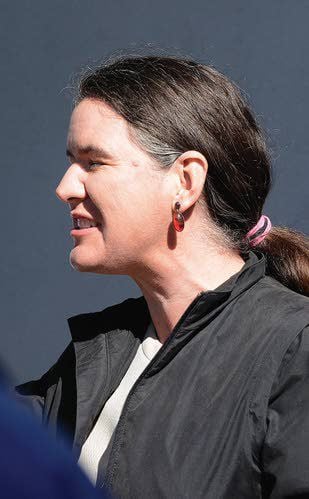 PULLMAN - When communities look for ways to improve their core downtown business districts, parking is often the first issue that gets mentioned.

Small town strategist Becky McCray, though, barely spent 10 minutes on that topic during a half-day meeting in Pullman on Friday.

The bulk of her presentation, "Laying the Groundwork for a Vibrant Downtown," focused on two main issues: removing barriers to entrepreneurship and taking advantage of every square foot of available space to host "pop-up" businesses, food vendors and events - things that attract visitors.

"The more life and activity you can pack into your downtown, the more successful you'll be," said McCray, the founder of SmallBizSurvival.com, a consulting firm that focuses on small towns and downtown districts.

Rather than parking, she said, the financial and administrative barriers faced by small entrepreneurs are much bigger hurdles to downtown success. If someone's only choice is to go big - building or leasing office or retail space, taking out loans for furniture and equipment, hiring accountants and lawyers, accepting substantial risk - they're less likely to open a business and more likely to fail if they do.

A better approach, McCray suggested, is to create opportunities where people can start small and move up as they learn what works.

"Pop-up" businesses, for example, are short-term or seasonal operations that can fill vacant store fronts for a few weeks or months, giving owners a chance to experiment with different retail offerings while adding vibrancy to downtown.

They aren't just limited to storefronts, either. McCray noted one Pennsylvania community that spent 10 years looking for someone to develop an empty lot. When that failed, the local economic development agency bought several small sheds and rented them out to small business owners at $50 a month.

Each shed was painted a different color and had an awning over the entrance. Lined up, they looked like a mini-Main Street, giving people a reason to visit the previously vacant property.

"That's the magic," McCray said. "By taking business ownership from something where you need to do everything right and making it something that anyone can do, you create avenues for innovation, experimentation and moving up. That's how you get a prosperous downtown. Entrepreneurship gives (communities) the money and resources they need to fix problems."

McCray's presentation was co-sponsored by Avista, the Pullman Chamber of Commerce and Washington State University. It was prompted by a new endeavor, the Pullman Town-Gown Collaborative, which began last fall following a meeting between Pullman Mayor Glenn Johnson and incoming WSU President Kirk Schulz.

The collaboration initially focused on strengthening the relationship between the city and university, but quickly expanded to include other items, such as community appearance, bike paths and downtown opportunities (see related article).

About 40 people attended Friday's presentation, including a mix of business owners and city and university officials.

McCray's take-home message was to start small and don't be afraid to fail. She noted one Iowa State University study of 99 rural communities found the biggest factor in community success was "an openness to new ideas."

"You don't need a master plan," she said. "You can experiment your way to a successful downtown."

That isn't to say the process will be easy, though.

WSU Student Body President Jordan Frost, for example, noted that he's been at the university for five years, yet has barely even visited downtown Pullman.

"Students are more inclined to drive to Moscow and eat there," he said. Downtown Pullman "looks more like a place where our parents would come. The (building fronts) look old. It doesn't look like a cool place to come."

The ratio of service businesses to restaurants, bars and shops is another issue.

"We (students) do two things: shop and eat," Frost said. "We don't need a lot of these businesses. If you want students to come off campus, you need to give them a reason. They want to go out and have fun with their friends, and service businesses aren't fun."

"I suggested renting space for three months and the room blew up," she said. "But we need to get over our fears and try some different things. It takes courage and passion to start a business - but it shouldn't take $500,000."

Part of McCray's presentation included a 90-minute walking tour of downtown Pullman, highlighting a few issues that are holding the district back, as well as some building spaces and community plazas that offer great opportunity in the future.

"There's so much cool stuff going on, and so many huge assets," she said.

And for the record, Mayor Johnson noted the city has a number of public parking lots scattered around the downtown core, as well as free on-street parking.