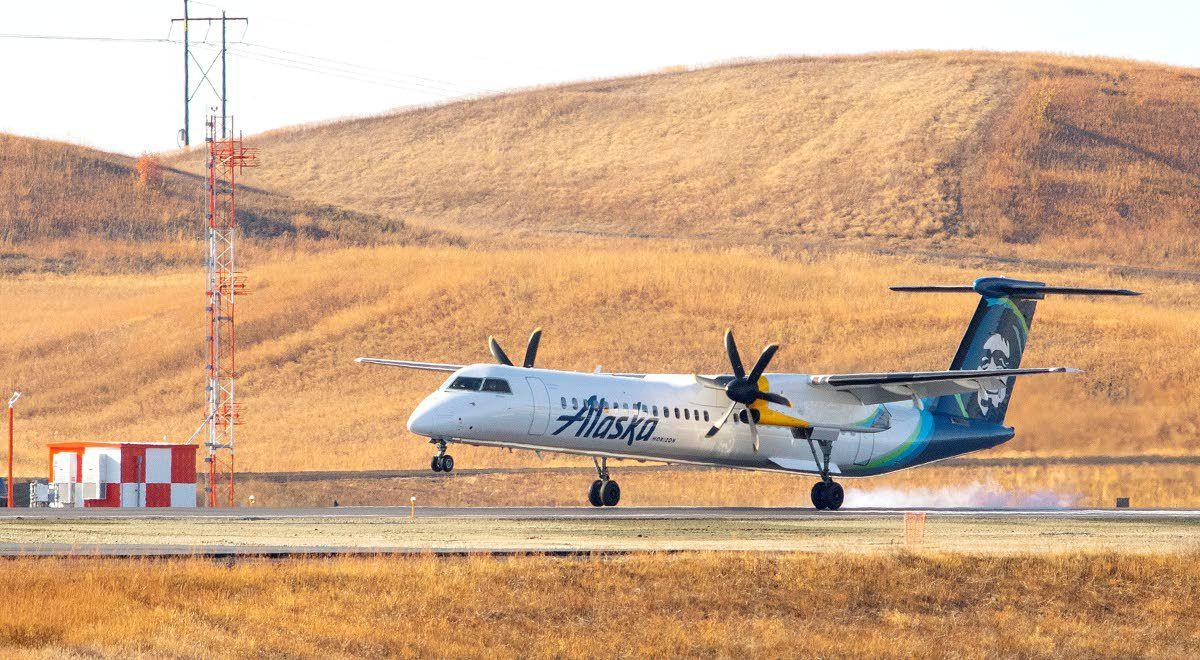 An Alaska Airlines plane lands before a ribbon-cutting ceremony for a new runway Thursday at the Pullman-Moscow Regional Airport. 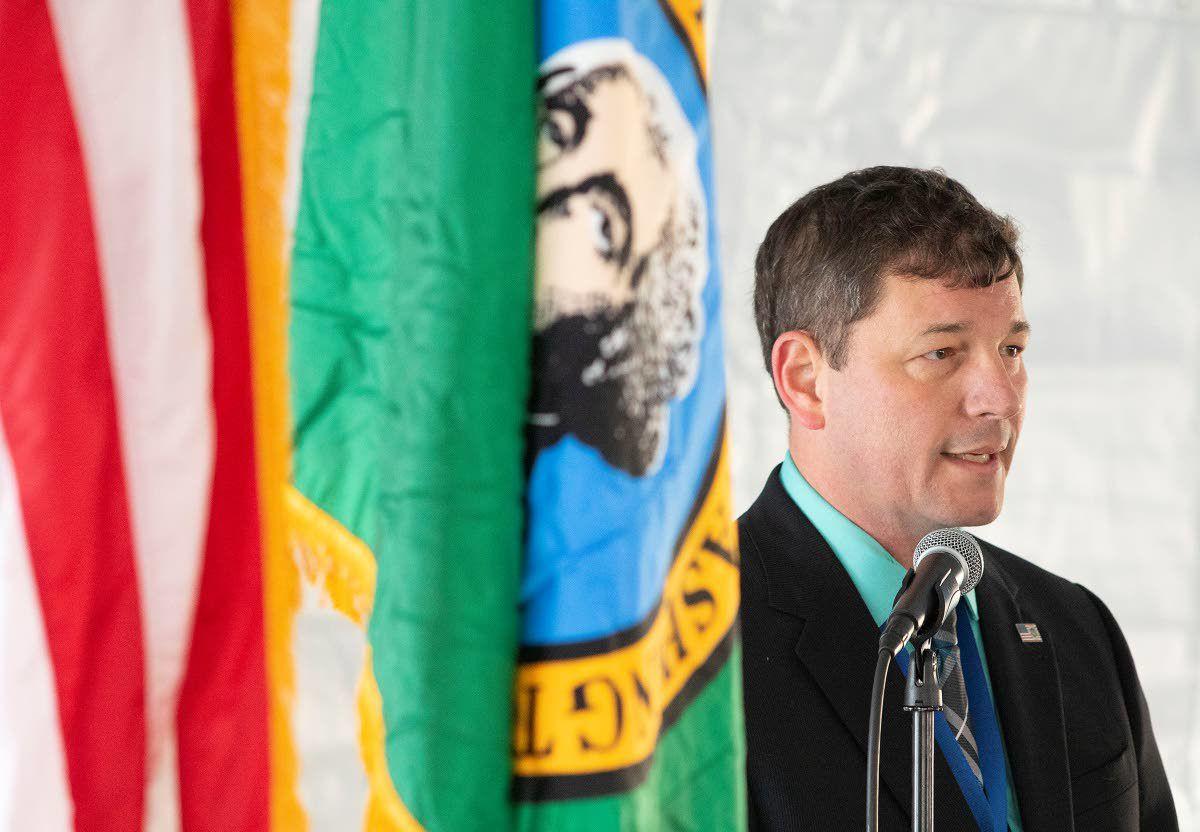 An Alaska Airlines plane lands before a ribbon-cutting ceremony for a new runway Thursday at the Pullman-Moscow Regional Airport.

PULLMAN — After putting in millions of dollars and removing millions of cubic yards of earth, the Pullman-Moscow Regional Airport on Thursday celebrated the opening of its new and bigger runway.

Hundreds braved frigid temperatures to gather at the airport for a ceremony that included guest speakers and a ribbon cutting on the new 7,100-foot runway. It also marked the final day of the airport’s monthlong closure.

Representatives from Pullman, Moscow, Latah and Whitman counties, Alaska Airlines, the Federal Aviation Administration and U.S. Congress were on hand to celebrate the achievement.

“We are very proud of what this means for Pullman, Moscow and the entire region,” U.S. Rep. Cathy McMorris Rodgers (R-Wash.) told the crowd. “That’s part of why we have such a great crowd here today. It really is a great day.”

She said modernizing the airport and helping the local economy grow will make the communities better and raise the standard of living.

“It really is an example of a local community coming together, imagining what’s possible and getting it done,” McMorris Rodgers said.

The $154 million project was funded by multiple government agencies, as well as Washington State University, the University of Idaho and Schweitzer Engineering Laboratories.

Tony Bean, Pullman-Moscow Regional Airport executive director, said the airport is a vital connection to the rest of the world, which is important because the agriculture, technology and research produced on the Palouse are consumed globally.

He credited the team of people who helped tackle the challenge of creating a runway that would bring the airport up to FAA design standards. Along with the new runway is a new instrument landing system that should assist pilots in poor weather and reduce flight cancellations.

“This project has never moved backwards,” he said of the project that began in 2016.

Kevin Mulcaster, the project manager from Mead & Hunt, said more than 300 employees worked on the project and Mark DeAtley, president of DeAtley Construction, said 8 million cubic yards of earth had to be moved to make way for the new runway.

“It’s been quite the adventure,” DeAtley said.

It was an adventure that came with numerous challenges, including a new runway protection zone that encroached onto WSU property.

Stacy Pearson, vice president of WSU Finance and Administration, said research facilities and Tukey Orchard had to be moved to make way for the new runway.

“Everyone wanted this airport project, but we had to take care of this research,” she said.

Pullman Mayor Glenn Johnson said another obstacle was hearing from naysayers who did not think the new runway would become a reality.

He said one person told him, “It’ll be a cold day before we see that runway,” to which the audience laughed.

Johnson and Moscow Mayor Bill Lambert made their case to lawmakers representing Washington and Idaho to fund the new runway. Johnson credited the legislators, both Republicans and Democrats, for providing the support the project needed to reach the finish line.

“Yes, ladies and gentlemen, this is an example that they actually can get things done,” he said.

Starting Nov. 6, Alaska Airlines will add a fifth Seattle flight for every day except Tuesday.