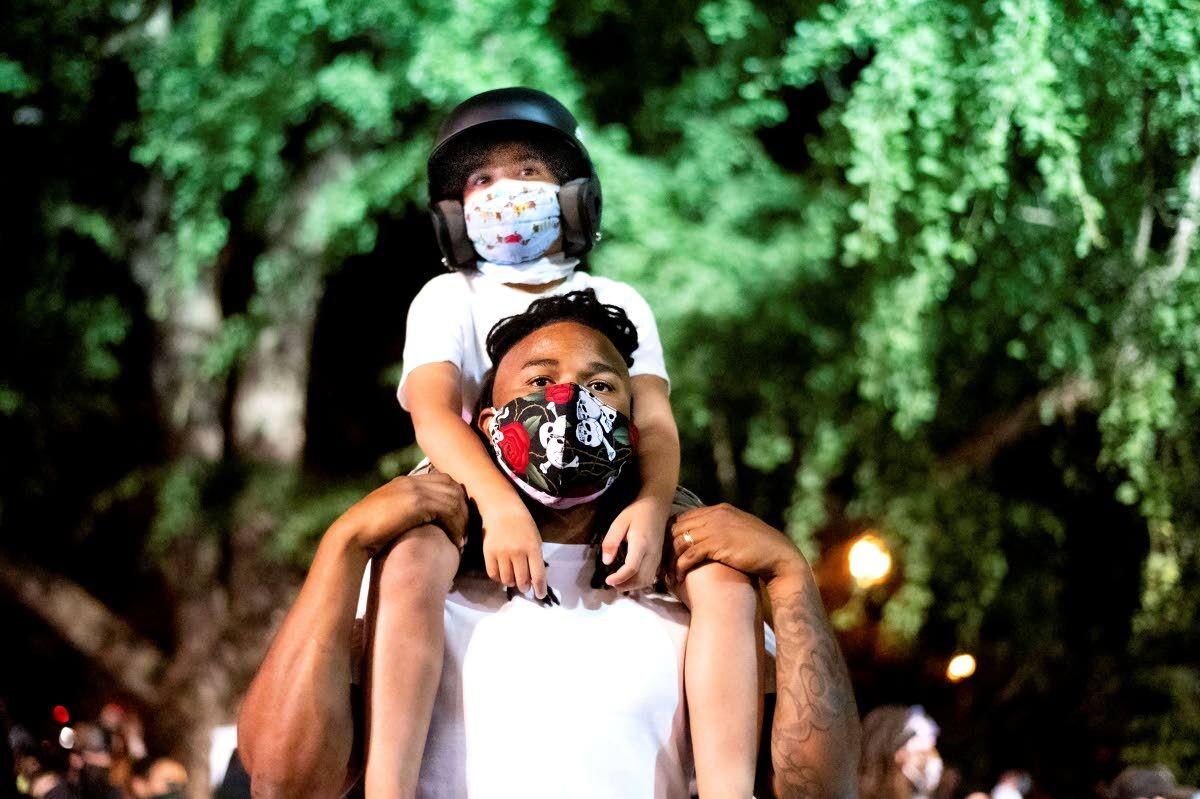 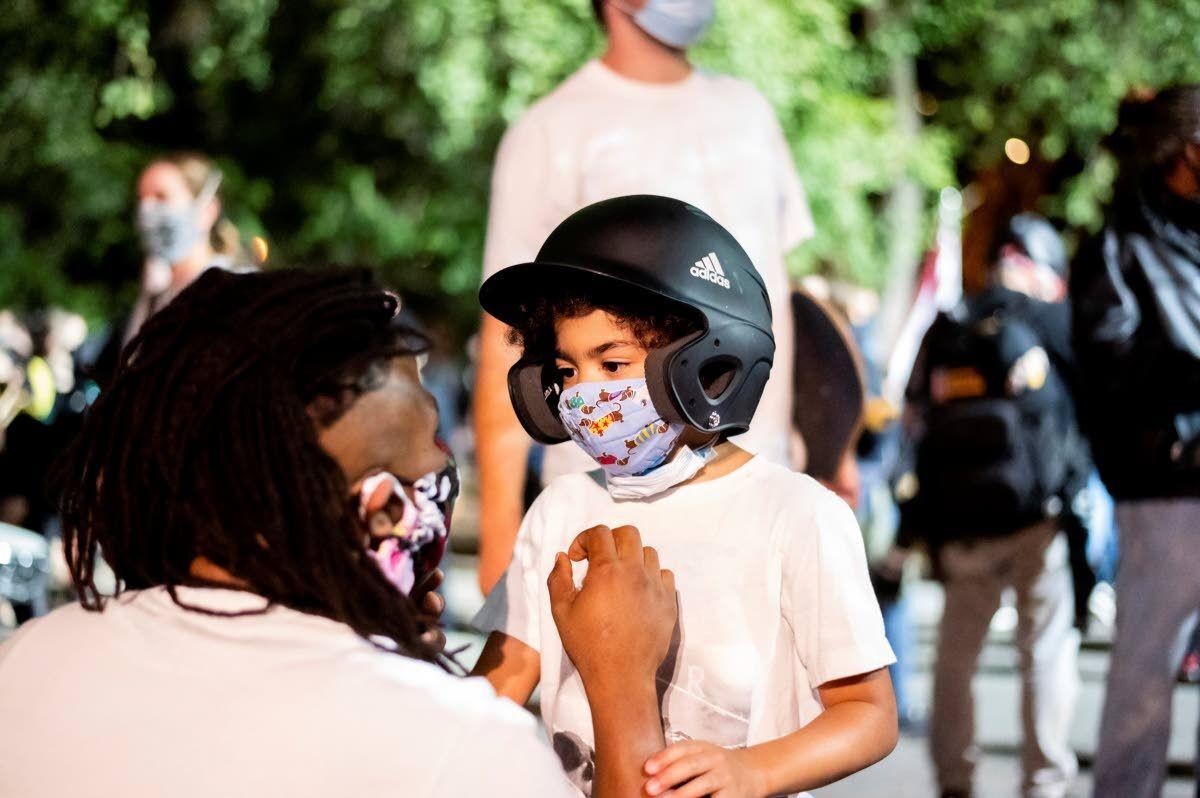 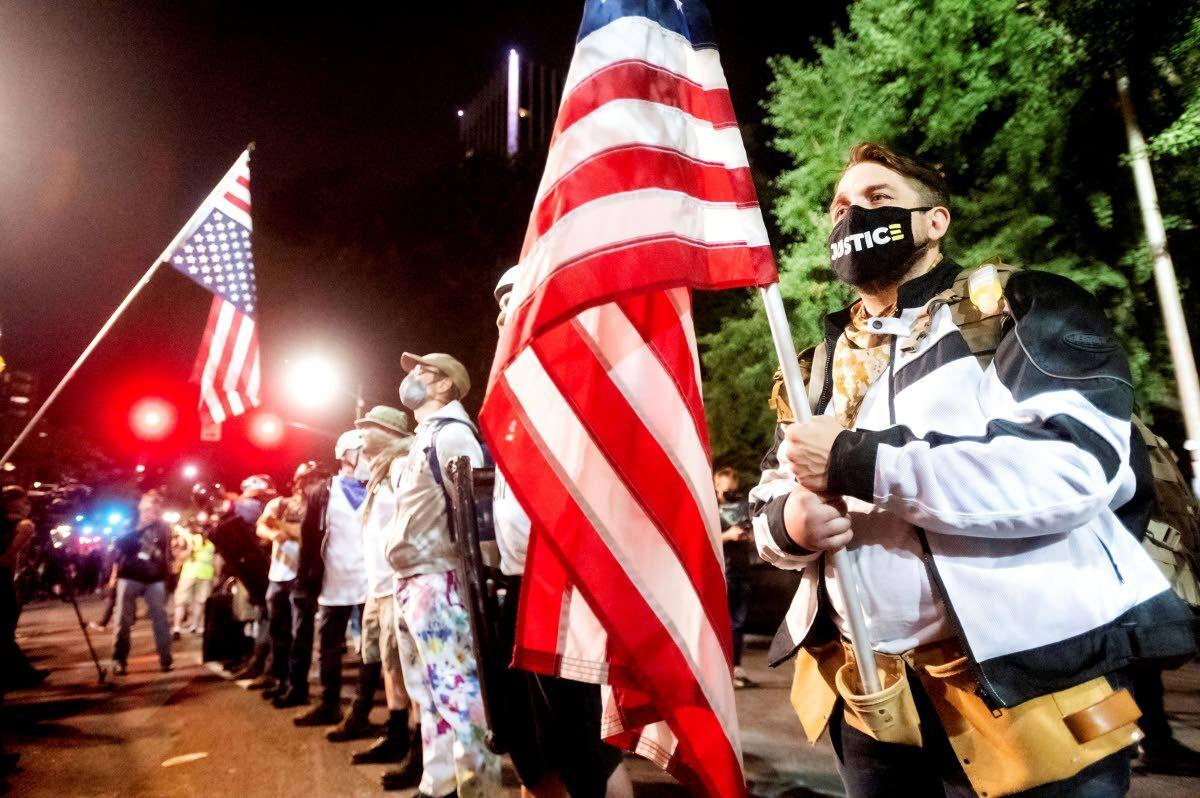 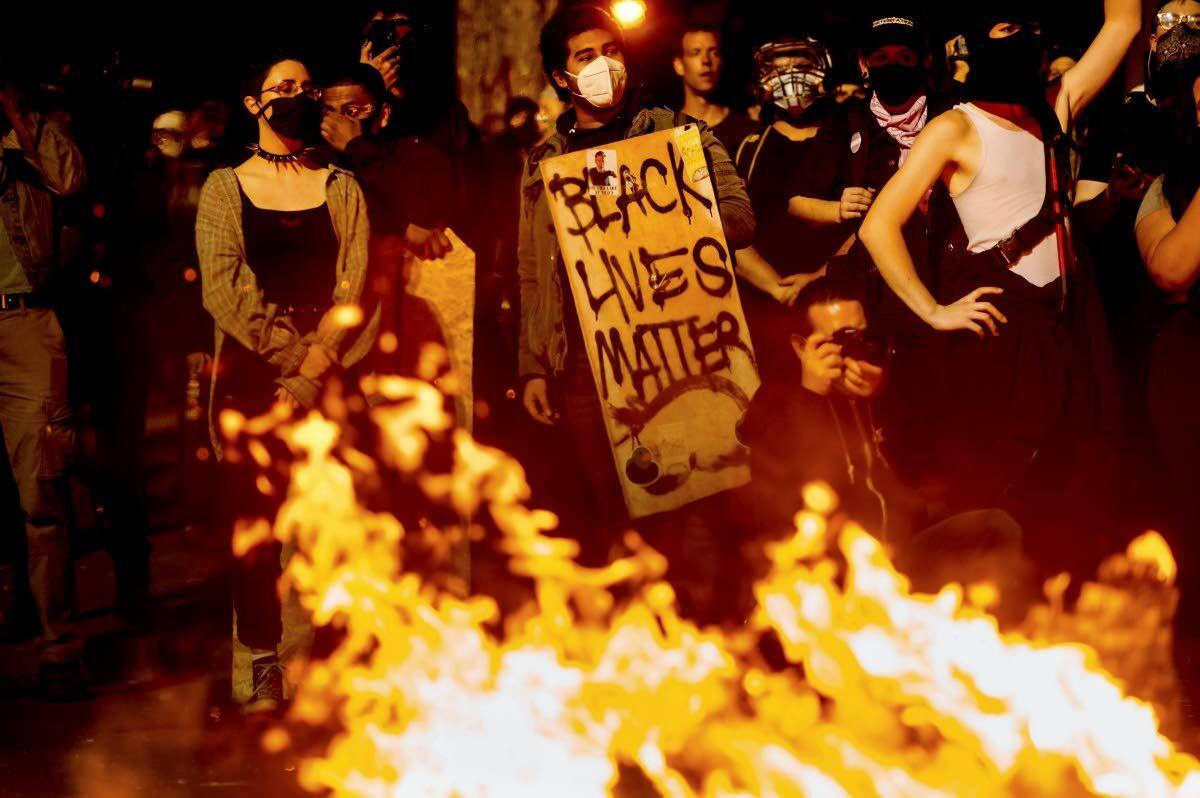 PORTLAND, Ore. — More than a thousand people showed up in downtown Portland early Saturday to peacefully protest, about three days after the announcement that the presence of U.S. agents there would be reduced — a deal that Oregon officials hope will continue to ease tensions as the city tries to move on from months of chaotic nightly protests.

Friday’s overnight protest mimicked that of Thursday, which was the first time in weeks that demonstrations ended without any major confrontations, violence or arrests. The change in tone outside a federal courthouse that’s become ground zero in clashes between demonstrators and federal agents came after the U.S. government began drawing down its forces in the liberal city under a deal between Democratic Gov. Kate Brown and the Trump administration.

As of midnight Friday, no federal agents had emerged from the courthouse, which has been the center of protests for weeks, and there was no noticeable law enforcement presence surrounding the area.

The fence that has separated protesters and U.S. agents stationed at the courthouse was decorated with balloons and upside down American flags sewn together with “BLM” painted across, a reference to the Black Lives Matter movement.

At one point in the night, a small firework was shot over the fence. As it sizzled out on its own, protesters pleaded with others to remain peaceful. Later, a few small fires were occasionally started outside the courthouse, with at least one put out by other protesters.

Unlike previous weeks, protesters were not centered mainly outside the courthouse, but scattered throughout downtown.

A group identified as “Firefighters for Black Lives Matter” gathered in a small park a couple miles west of the courthouse. Another group, “Unemployed Workers for Black Lives” began to march toward the federal building around 8 p.m. People stood next to a makeshift memorial, with the pictures and names of Black people killed by police, at the Waterfront Park. A parade of cars with Black Lives Matter signs taped to their windows slowed traffic in the city.

Just after midnight, the crowd had grown to more than 1,000 people who remained outside chanting “Black Lives Matter” and shouting the names of Black people killed by police. Groups were also standing together engaging in conversations about social injustice. In a news release early Saturday, the Portland Police Bureau described the crowd as subdued and said there was no police interaction with protesters.

As agents from U.S. Customs and Border Protection, the U.S. Marshals Service and Immigration and Customs Enforcement pulled back, troopers with the Oregon State Police took over. Since then, there have been no visible signs of any federal law enforcement presence outside the Mark O. Hatfield Federal Courthouse.

In a tweet, President Donald Trump Friday night reiterated that the Department of Homeland Security “is not leaving Portland until local police complete cleanup of Anarchists and Agitators!”

Mayor Ted Wheeler also struck an optimistic tone but cautioned that there was much work to be done after more than 60 days of protests — and not just in cleaning up downtown Portland.

Leaders in Oregon are pushing for a raft of measures that would address systemic racism in everything from policing to housing. Those proposals could be fast-tracked for consideration in a special legislative session later this summer.

The governor also announced the creation of a Racial Justice Council to advise her on criminal justice reform and police accountability, health equity, economic opportunity, housing and homelessness and environmental justice.