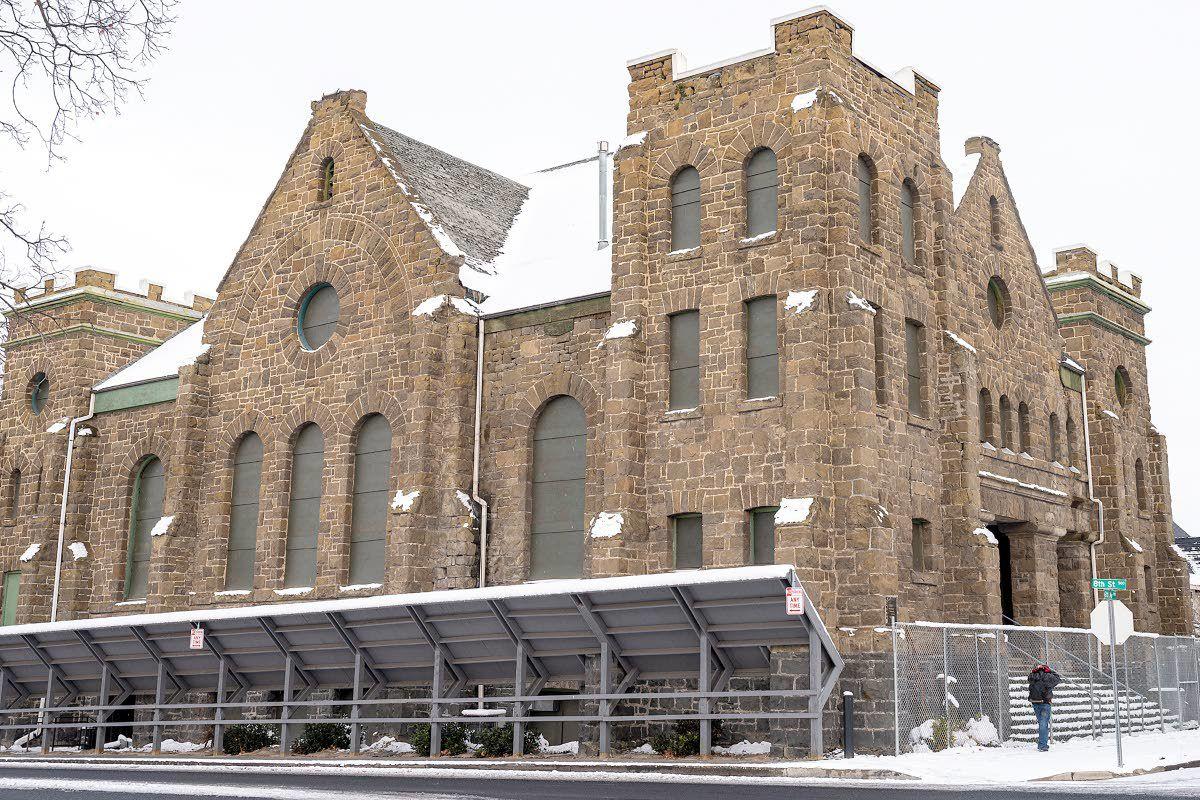 A man walks past the the old Lewiston Civic Theatre building on Wednesday afternoon in Lewiston. The Anne Bollinger Performing Arts Center, which has been closed since 2017 because of a failed roof truss, isn't on the verge of collapse, a city of Lewiston official said Wednesday. 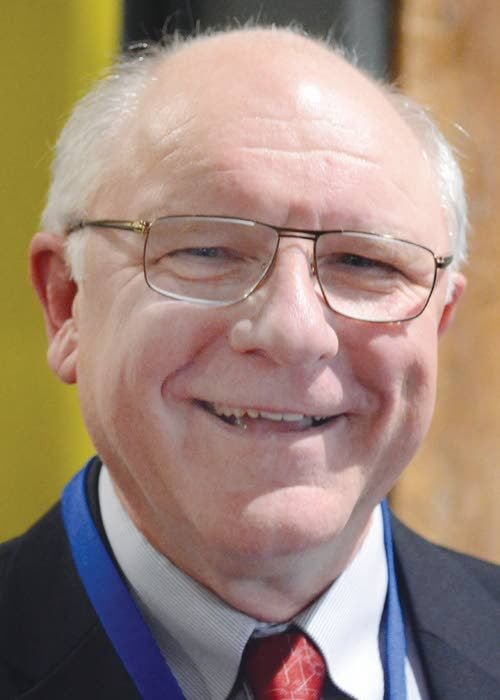 After hearing a sobering update from City Manager Alan Nygaard that included nearly $1 million in repairs to just secure the building from the elements, the council directed city staff to obtain demolition estimates over the next two months.

The historic sandstone edifice started its life 114 years ago as a church, then spent several decades as the home of the Lewiston Civic Theatre before it was condemned in 2016 after a leaky roof led to rot in a large roof truss, which then failed. The Civic Theatre couldn’t afford repairs, so the city took ownership of the building and secured it against trespassers.

“Water is not a friend of sandstone,” Nyggard said.

The roof isn’t in much better shape. The city performed emergency, temporary repairs to the roof and the truss that failed in 2016, but Nygaard said that large wooden member has continued to shift and is now no longer supported by those repairs.

Nygaard said his greatest concern is that a large piece of masonry could fall from the building and injure someone on the sidewalk or street below. He showed recent photos of the building, which revealed that several stone blocks have shifted alarmingly, with many developing large cracks. Mortar is missing or deteriorating all over the facade. And to make matters worse, years ago someone attempted repairs with an acidic cement-based mortar that accelerated the deterioration of the sandstone.

He estimated that repairs would cost $960,000 to make the building safe and waterproof, including a sealer on the sandstone that will prevent further erosion from the elements. That cost would increase significantly if any of the larger blocks have to be replaced since a large section of wall might have to be removed to complete the replacement.

Until now, the council has been largely content to let the building sit while a task force of local preservationists tried to raise funds for repairs, then find a use for it. But task force President Don Brigham told councilors earlier this year that fundraising has been virtually impossible with the possibility of demolition on the table. Some councilors, like Bob Blakey, have advocated for demolition from the beginning of the city’s ownership. But on Monday, there was a shift toward Blakey’s position.

Councilor John Pernsteiner wondered who would want to buy the building even if the city did the exterior repairs since so much more work will be required inside before it is usable. Councilor Kevin Kelly worried that the wooden barrier the city built to protect pedestrians on the Eighth Street sidewalk wasn’t enough. And Councilor John Bradbury called the situation “bleak,” especially since it is so difficult to protect and maintain sandstone.

Brigham pointed out that sandstone buildings have fared well if they are maintained properly, like Idaho’s state capitol. But Blakey said he couldn’t see the city or its residents stomaching a $1 million expense while there are so many other pressing priorities. He again asked if the city could put the building on the market in its current condition, but Nygaard doubted it would attract much attention since it is such a liability.

If the building is demolished, much of it could be salvaged, like the stained glass windows and a large, central chandelier. The city could then rehabilitate the property for sale. Blakey also suggested turning the site into a park, which would adjoin the existing Trevitt Park to the north.