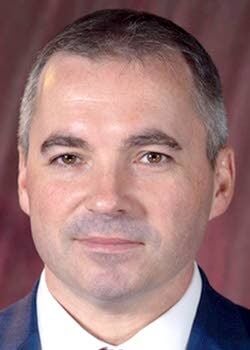 Two Nez Perce County elected officials are sounding the alarm, asking people to be aware of an increase in domestic abuse and suicide incidents, and to seek help if they see the signs.

Prosecutor Justin Coleman and Coroner Josh Hall said their workloads increased significantly in 2020. Coleman’s office saw a 26 percent increase in domestic battery and domestic abuse cases in 2020 over the three previous years, according to a news release. There were 71 cases in 2020, while 2017, 2018 and 2019 had an average of 56 cases per year. Hall’s office recorded a 32 percent increase in suicides from a three-year average of 10 to 14.

“It seems a new normal in society is increased pressure at home in family relations,” Coleman said in the news release. “As a community, we need to watch for warning signs of domestic violence and suicides.”

Warning signs of domestic abuse may include: showing extreme jealousy of friends or time spent away; preventing or discouraging a partner from spending time with friends, family members or peers; insulting, demeaning or shaming, especially in front of other people; preventing partners from making their own decisions, including about working or attending school; controlling finances in the household without discussion, including taking a partner’s money or refusing to provide money for necessary expenses; pressuring a partner to have sex or perform sexual acts they are not comfortable with; pressuring a partner to use drugs or alcohol; intimidating through threatening looks or actions; insulting parenting or threatening to harm or take away children or pets; intimidating with weapons like guns, knives, bats or mace; destroying a partner’s belongings or their home.

The news release said the coronavirus pandemic has added stress on many individuals because of isolation, family troubles or financial issues. Hall said people who are worried that a loved one may be considering suicide should call 911. The signs of suicidal behavior may include: talking about killing oneself or wanting to die; talking about feeling hopeless or having no purpose; talking about feeling trapped or being in unbearable pain; talking about being a burden to others; increasing the use of alcohol or drugs; acting anxious, agitated or reckless; withdrawing or feeling isolated; showing rage or talking about seeking revenge; displaying extreme mood swings.