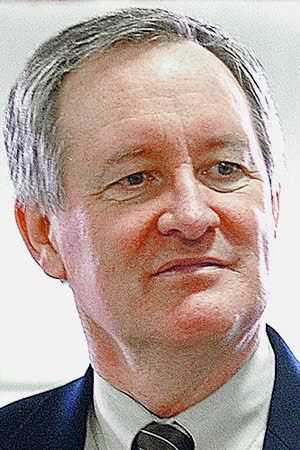 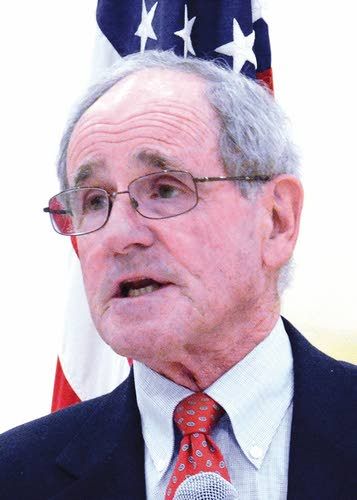 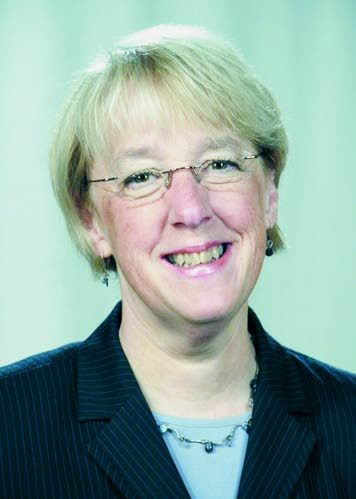 WASHINGTON - Senate Democrats say the American people are "on our side" in demanding a confirmation hearing for Judge Merrick Garland, but Idaho's two senators don't believe the Supreme Court nominee shares Idaho values.

Garland, who has served on the U.S. Court of Appeals for almost 20 years, is President Barack Obama's choice to replace Justice Antonin Scalia, who died in February.

Senate Republican leaders have refused to hold a confirmation hearing for him, saying the nomination should be left to whoever wins the presidential election in November.

In a news conference Thursday, Senate Minority Leader Harry Reid, D-Nev., said the Senate began holding public confirmation hearings for Supreme Court nominees 100 years ago, and in that time no nominee has been treated this way.

"Since public confirmation hearings began in 1916, the Senate has never denied a Supreme Court nominee a hearing and a vote," he said. "If Republicans refuse to uphold that standard now, they will be setting a new low in transparent government. We're asking them to do their job and give Judge Garland a hearing."

Reid did not mention President George W. Bush's 2005 nomination of his friend and adviser, Harriet Miers, to replace Justice Sandra Day O'Connor. Miers was so heavily criticized for her lack of judicial experience, Bush withdrew her nomination before the Senate Judiciary Committee scheduled a confirmation hearing.

"The Senate has several different routes to provide advice and consent, and over the years they've all been used," noted Sen. Mike Crapo, R-Idaho. For example, the Judiciary Committee "can say it doesn't support a nominee and won't hold a hearing. That option was first used about 200 years ago."

The committee can also hold a hearing and refuse to send a nomination to the Senate floor, he said. Alternatively, a nomination can come to the floor and be filibustered or be defeated on a straight vote.

Democrats have criticized Republican senators for refusing even to meet with Garland, but Crapo said that's not particularly unusual.

"In general, most members will let the Judiciary Committee do its job before meeting with a nominee," he said.

Four of the eight justices currently on the Supreme Court were appointed since Crapo was first elected to the Senate in 1998. When meeting with the nominees, he said his primary concern is their judicial philosophy.

"Specifically with regard to whether they believe the Constitution should be interpreted strictly," he said. "If we're going to amend (the original intent), we should be doing that through processes other than judicial activism."

The scope of the federal government - the extent to which it usurps state rights through expansive interpretations of the commerce clause or general welfare clause - is another major concern, Crapo said. So is a nominee's position on the Second Amendment right to bear arms, which is a primary reason why he opposes Judge Garland.

While serving on the U.S. Court of Appeals, Garland voted to reconsider what's known as the Heller decision, which struck down a 1975 District of Columbia law that restricted the right of individuals to own handguns. The Supreme Court ultimately upheld the lower court ruling on a narrow 5-4 vote.

Garland's willingness to reconsider the lower court decision "told me he would have reversed it," Crapo said.

Sen. Jim Risch, R-Idaho, cited similar concerns with Garland, saying his position on the Second Amendment goes against "the heart and soul of Idaho."

"He was on the wrong side of the Heller decision," Risch said. "That's a litmus test for me; once you say you'd vote differently on Heller, I'm done with you."

As for the calls to take politics out of the Supreme Court confirmation process, Risch said that's "baloney."

"You have nine (justices) voting on what type of culture we're going to live in," he said. "When you look at their votes on things like the power of the federal government, abortion, gun rights, they're all 5-4 decisions - and they aren't mixed 5-4 decisions. They break the same way, along ideological lines. That place has become as much a political machine as the White House or Congress."

Sen. Patty Murray, D-Wash., met with Garland Wednesday and had a different perspective on his record. She could not be reached for comment, but in a news release indicated Garland is "a strong nominee who is absolutely qualified to serve on the Supreme Court."

"I was especially interested in his thinking about the right to privacy and how it relates to women's reproductive rights," she said. "We also discussed campaign finance reform, his experience evaluating cases about the right of workers to organize and make their voices heard, and other issues people in Washington are focused on."

"I can't imagine that (Senate Majority Leader) Mitch McConnell, (R-Ky.), thinks this is helping his people who are up for re-election this year," he said. "They're facing the music. We feel the public is on our side."