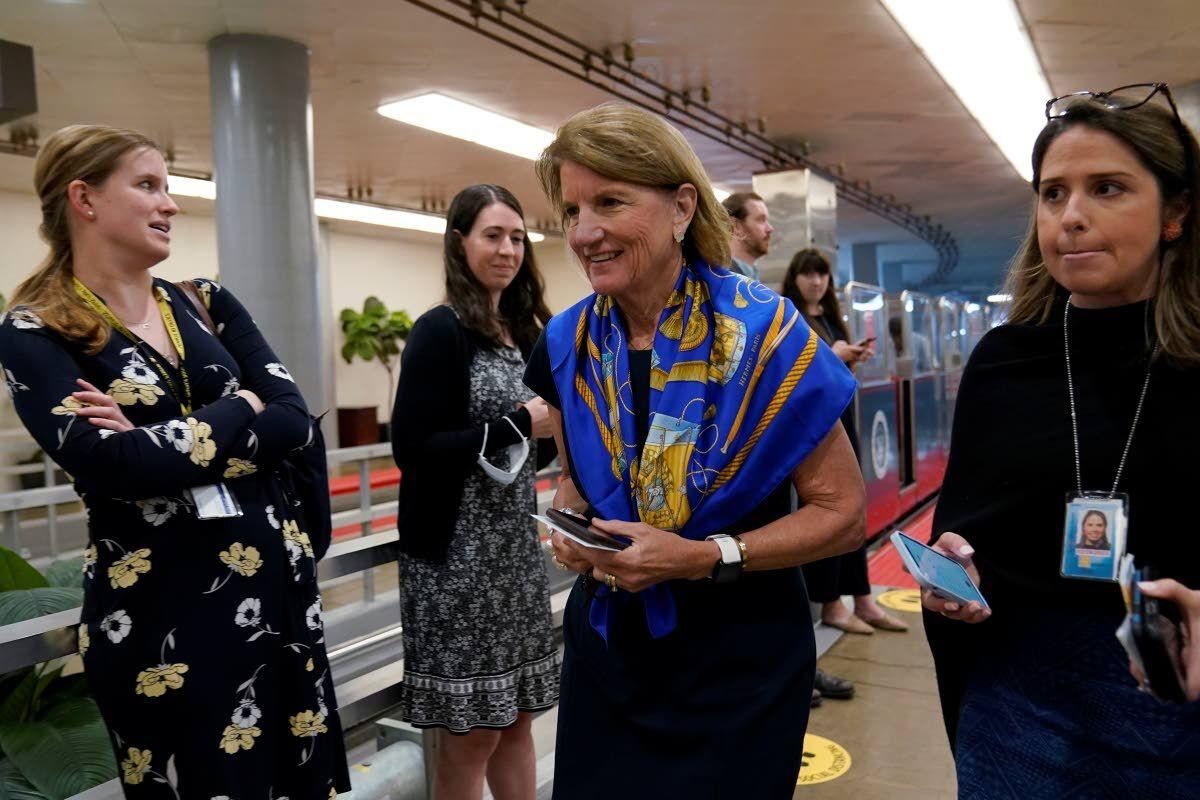 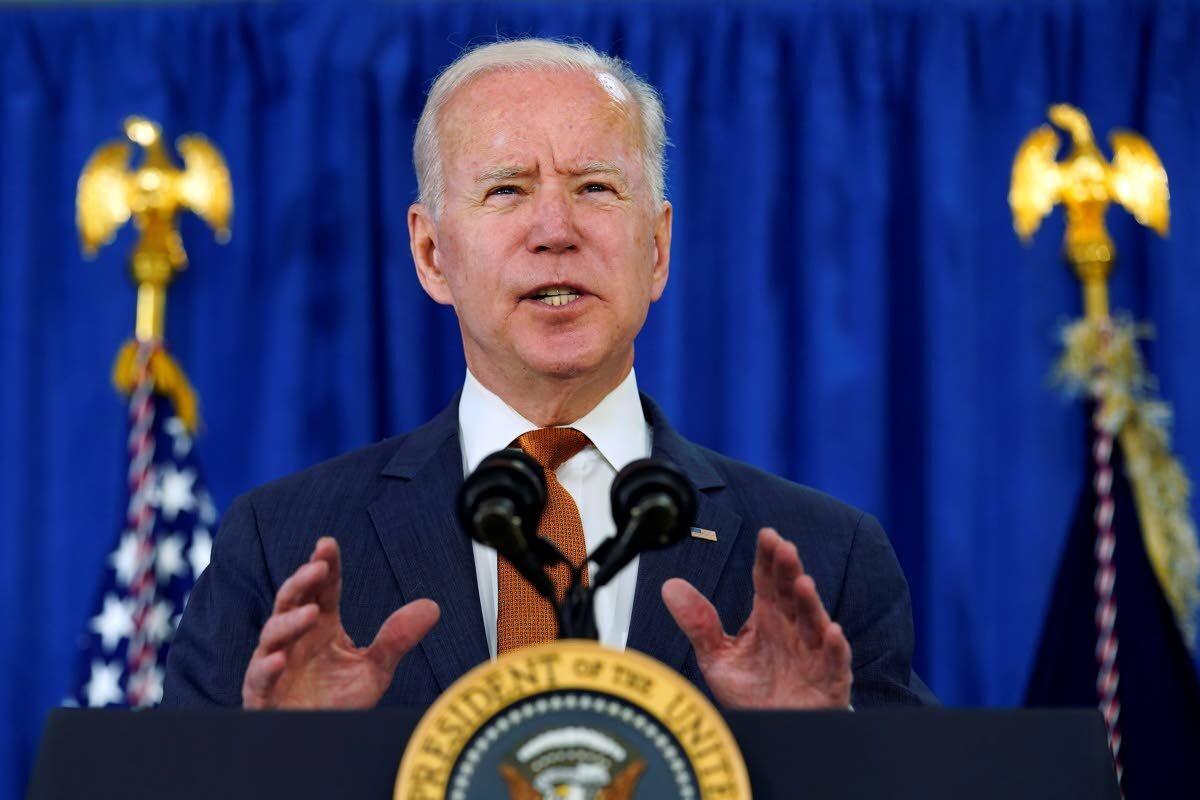 WASHINGTON — President Joe Biden ended talks with a group of Republican senators on a big infrastructure package Tuesday and started reaching out to senators from both parties in a new effort toward bipartisan compromise, setting a summer deadline for Congress to pass his top legislative priority.

The president is walking away from talks with lead Republican negotiator Sen. Shelley Moore Capito after the two spoke Tuesday, but would welcome her in the new bipartisan group, according to an administrative official who spoke on condition of anonymity to discuss the private negotiations.

Shortly after the Biden-Capito talks collapsed, 10 senators huddled late Tuesday over pizza — five Republicans, five Democrats — emerging after three hours with some optimism their new effort could create a viable path forward, said a person familiar with the closed-door talks and granted anonymity to discuss them.

At the same time, with anxiety running high as time slips by, Democrats are laying the groundwork to pass some or all of the ambitious package on their own. Biden conferred Tuesday with House Speaker Nancy Pelosi and Senate Majority Leader Chuck Schumer about launching the budget resolution process for Senate votes in July, the White House said.

“The President is committed to moving his economic legislation through Congress this summer, and is pursuing multiple paths to get this done,” White House press secretary Jen Psaki said in a statement.

The breakdown in the White House’s efforts with GOP senators comes after weeks of prolonged infrastructure talks between the president and Capito as the two sides failed to broker the divide over the scope of Biden’s sweeping infrastructure investment and how to pay for it.

The Republican senators offered a $928 billion proposal, which included about $330 billion in new spending — but not as much as Biden’s $1.7 trillion investment proposal for rebuilding the nation’s roads, bridges, highways and other infrastructure, including Veterans Affairs hospitals and care centers.

Biden has proposed raising the corporate tax rate from 21% to 28%, a nonstarter for Republicans, and rejected the GOP senators’ suggestion of tapping unspent COVID-19 aid money to fund the new infrastructure spending.

In a statement, Capito said she was disappointed Biden ended the talks, but also expressed interest in ongoing bipartisan work.

“While I appreciate President Biden’s willingness to devote so much time and effort to these negotiations, he ultimately chose not to accept the very robust and targeted infrastructure package, and instead, end our discussions,” she said. “However, this does not mean bipartisanship isn’t feasible.”

As Biden aims for a compromise deal, he has begun reaching out to other senators, including Republican Sen. Bill Cassidy of Louisiana and two key centrist Democrats, Joe Manchin, of West Virginia, and Sen. Kyrsten Sinema, of Arizona, whose votes will be crucial in the evenly split Senate.

Those senators receiving phone calls from Biden were among the group of 10 assembled with Sinema and Sen. Rob Portman, R-Ohio, late Tuesday in Portman’s office for what was described as a productive meeting, the person familiar with the session said.

Portman and Sinema have been engaged for months with Sen. Mitt Romney, R-Utah, and Sen. Susan Collins, R-Maine, on a sizable infrastructure proposal that is expected to include proposed ways to pay for it.

The senators’ group has expanded in recent weeks to include the others from both parties. Romney has described it a “back burner” group, in case the administration’s talks with the GOP senators faltered.

Psaki said the president urged the senators in his conversations to continue their work “to develop a bipartisan proposal that he hopes will be more responsive to the country’s pressing infrastructure needs.” Biden tapped Cabinet and White House aides to meet with the senators in person.

Ahead of Biden’s announcement, the White House had also spoken to other lawmakers, including from the House.

Rep. Josh Gottheimer, D-N.J., and Rep. Brian Fitzpatrick, R-Pa., the co-chairs of the bipartisan Problem Solvers Caucus, spoke late Monday with Brian Deese, director of the White House National Economic Council, about bipartisan efforts to reach an infrastructure deal, according to an aide who spoke on condition of anonymity to discuss the private conversations.

The Problem Solvers group has agreed to $761.8 billion in new spending over eight years as part of $1.2 trillion plan, according to a draft obtained late Tuesday by The Associated Press. The one-page draft does not include any proposed ways to pay for the package.

Gottheimer is also working with Cassidy and Sinema from the senators’ group, the aide said.

With the narrowly split House and the 50-50 Senate, the White House faces political challenges pushing its priorities through Congress with Democratic votes alone. Biden’s party holds a slight majority in the Senate because Vice President Kamala Harris can break a tie.

The special budget rules could provide Biden with an alternative path, particularly in the Senate, because they allow legislation to be approved with a 51-vote threshold, rather than the 60 votes typically needed to advance a bill past a filibuster — in this case, led by Republicans against the Biden package.

Democrats are watching warily as time passes and anxiety builds toward an agreement, with many lawmakers worried they are not fulfilling their campaign promises to voters who put the party in control of Congress and the White House.

During a private discussion of Democratic senators at lunch Tuesday, there were differing views over whether they should keep talking with Republicans or pursue an approach that would allow them to pass a bill on their own, through the budget reconciliation process.

The bipartisan talks led by Sinema with the other senators are underway, Schumer said, while the budget committee is preparing the legislation that would allow passage through the reconciliation process.

“It may well be that part of the bill that is passed will be bipartisan, and part of it will be in reconciliation,” he said. “But we’re not going to sacrifice bigness and boldness.”

The president is expected to engage with lawmakers while he sets out this week on his first foreign trip for an economic summit of the Group of Seven industrialized nations in Europe.