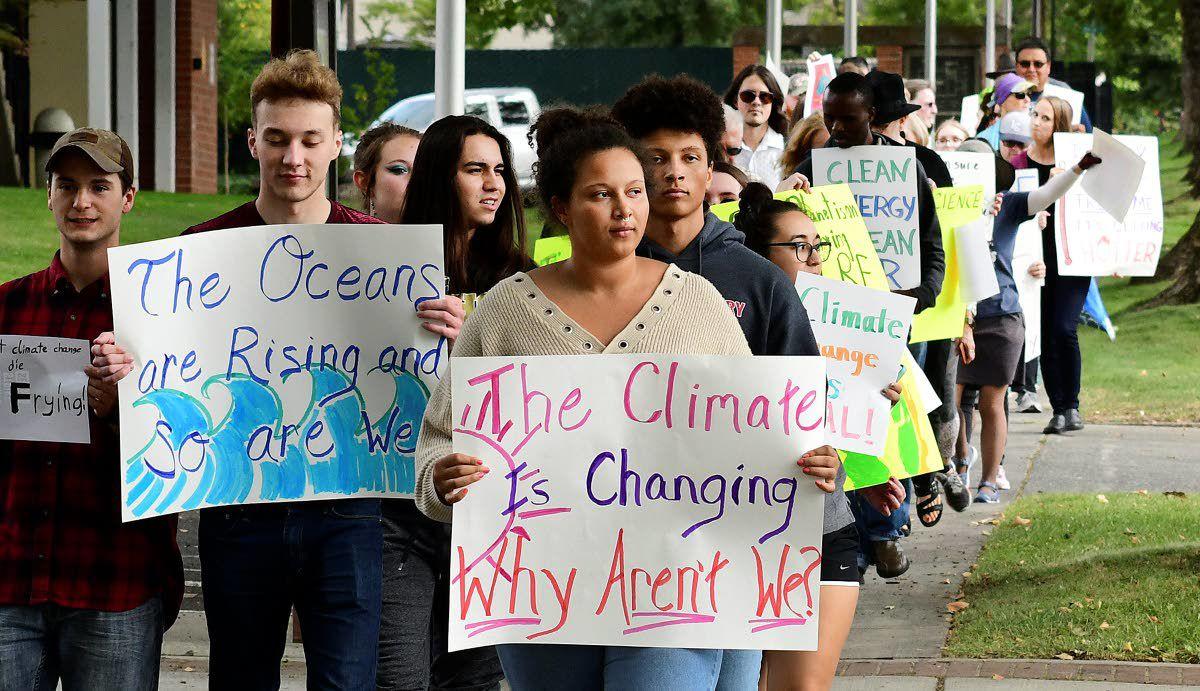 More than 50 people demonstrate Friday at Lewis-Clark State College for more action to help counter the effects of global warming. 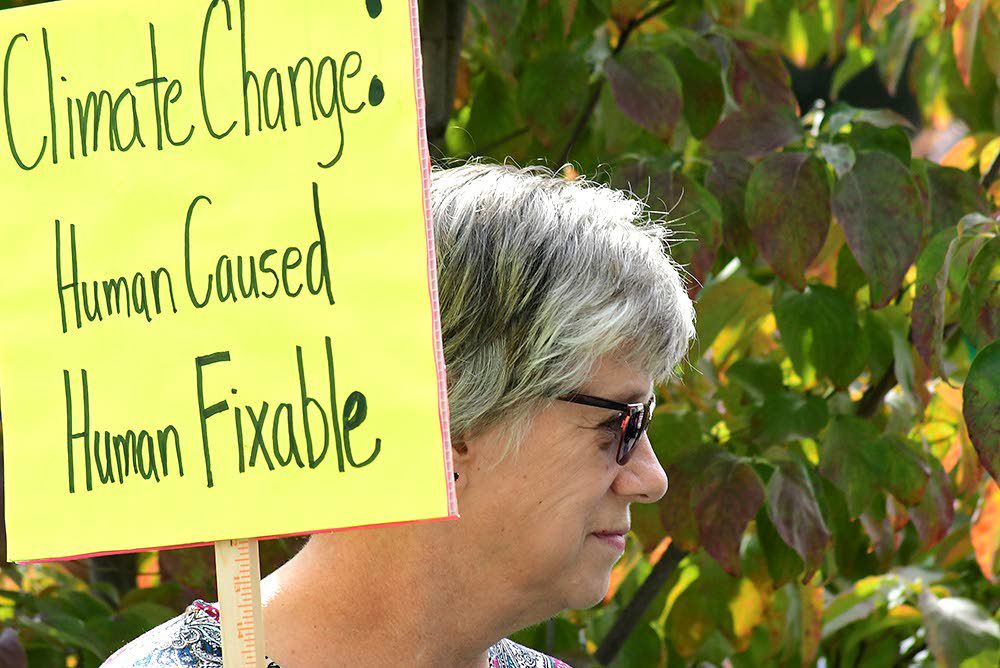 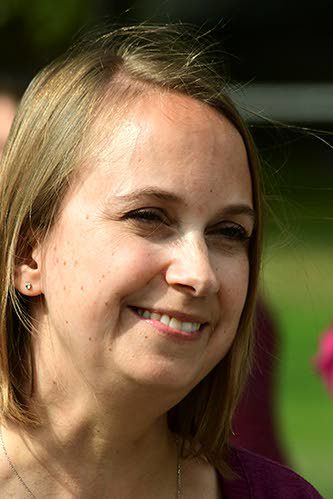 More than 50 people demonstrate Friday at Lewis-Clark State College for more action to help counter the effects of global warming.

Robanna Brosten grew up in Montana and spent her summers in Glacier National Park. A few months ago, Brosten revisited the park and was surprised by what she saw. She said the once snow-covered peaks lay barren.

“It was just sad to see. When I was a child, I used to look and it was all snow,” Brosten said. “There was nothing but rocks now.”

The 58-year-old Lewiston resident was one of about 50 people who gathered on the campus of Lewis-Clark State College on Friday to participate in a local “climate walkout” event that demanded action from lawmakers to curb climate change.

Events popped up around the world and although most of them were led by young adults, people of all ages attended LCSC’s march, sporting signs that promoted clean energy, demanded a change and pinpointed various environmental issues.

Brosten believes climate change is “one of the most important things facing the world today.”

“I just hope it gains the attention of our Congress and that they start making some laws to affect climate change,” she said. “They are doing pretty poorly because we are actually going backwards under the current administration, so I’m really worried about that.”

The climate walkout events promoted five “calls to action” that participants hope come to fruition. Those center around a Green New Deal, environmental justice, protection and restoration of biodiversity, the implementation of sustainable agriculture, and respect of indigenous land and sovereignty.

Nancy Johnston, a chemistry professor at LCSC, organized the event. She wanted to give her students, and others, a way to express their frustrations.

“Our plan is just to voice that there are people in Lewiston, Idaho, that support climate change action through our local, state and federal government,” Johnston said.

As a scientist herself, Johnston said she’s seen the effects of climate change personally. Since her time in graduate school, carbon dioxide emissions have increased by 10 percent, she said.

“We’ve been studying this stuff for years and nobody has done anything super significant regarding real action that will keep us to a lower temperature rise, which is what we need before real crises,” Johnston said.

For Elise Bogut, a freshman at LCSC, the ongoing fires in the Amazon spurred her to show up at the event.

“It’s the lungs of our planet,” the 22-year-old from Moscow said. “It provides most of the oxygen we breathe and it’s a uniquely diverse area biologically, so if we lose that, we’re never going to get anything like that within our lifetimes again.”

Bogut became interested in climate change around 2012, when she began questioning some of the science she was taught at what she called a “very Christian fundamentalist private school.”

As she dug into issues, Bogut realized what she learned about climate change was wrong. Now, she wants lawmakers to take the matter seriously and she wants to see steps taken to address the problem.

Pam Conley, 62, of Boise, was in the Lewiston-Clarkston Valley for two events related to salmon recovery. As a member of the national organization called Old Broads for Wilderness, she’s in favor of removing the four lower dams on the Snake River to help declining salmon populations.

“Climate is the overarching issue,” Conley said. “As the climate warms up, the fish are basically dying because the water is too hot and because of the slack water behind the dams. If we don’t deal with the climate issue, it’s game over for everything, including salmon.”

A solution to climate change isn’t easy, Conley said. It would require a complete overhaul of the U.S. economy.

“When you have a system that’s built on growth and you live on a finite planet, those two don’t really work together,” Conley said. “It’s going to take a lot of political pressure to turn things around.”

Johnston said she may hold similar events in the future if no progress is made.

“If there is no action in terms of our elected officials, if Congress doesn’t do anything, then we need to do this more just to make our voices heard,” she said.