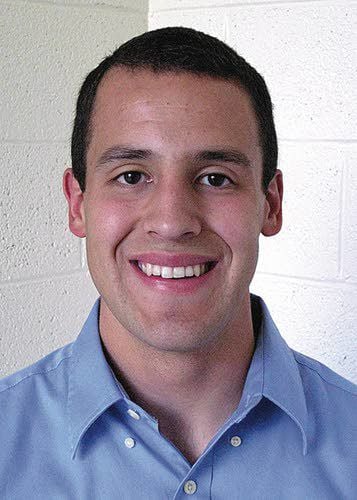 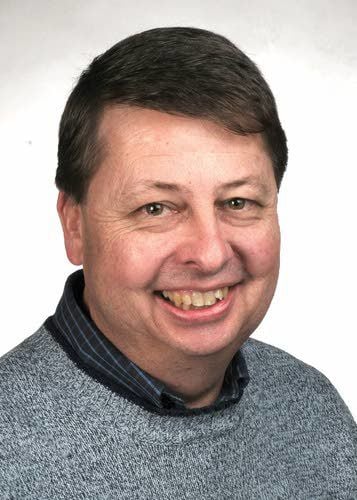 Andrew Perez is well on his way to becoming a doctor, but before he gets there he will take an academic trip back in time and learn about the ethical conduct of physicians in Nazi-occupied Europe.

Perez, a 2008 Lewiston High School graduate and third-year medical student at Vanderbilt University School of Medicine in Nashville, Tenn., is one of 14 medical students chosen for a fellowship program this summer in Germany and Poland. The program, sponsored by the Fellowships at Auschwitz for the Study of Professional Ethics, helps its participants examine "the role of physicians and the medical profession in the Nazi state, underscoring the reality that moral codes governing doctors can break down or be distorted with devastating consequences," according to a news release.

Craig Clohessy: What can you tell us about the two-week fellowship?

Andrew Perez: About half of that time will be in Berlin and the other half will be in Poland. We'll spend a couple of days in Auschwitz or Oswiecim - that's the town that (former Nazi concentration camp) Auschwitz is in. During that time, we'll be discussing some of the ethical issues that arose during the Holocaust and really focusing on the concept that all of these terrible things that we read about in the Holocaust were perpetrated by professionals: lawyers and doctors and journalists. FASPE has a program for law students, medical students, business students, journalists and seminary students. Each focuses on the different things that led these professionals to really abandon their ethical framework and commit these atrocities that are now what we know as the Holocaust. We'll be talking a lot about that and using that as a springboard to talk about more modern issues in professional ethics and more specifically in medical ethics. They'll have a day where we have a seminar with a Holocaust survivor. I've heard it's a pretty powerful and intense program - it can be pretty life-changing.

CC: What got you interested in a career in medicine?

AP: My dad is a dentist, and every once in a while he'd come home or I'd be at his office and he'd be telling me about some nerve block he did or some procedure and just all the different anatomy associated with it, and I thought, 'Man, that's really cool.' When I went to undergrad at Brigham Young University, I started looking into medical specialties and I kind of fell into medicine. The more I looked into it, the more it seemed like, 'You know, I think I can do this.'

CC: You plan to specialize in interventional radiology. What does that field entail?

AP: Very basically and very generally, interventional radiology deals with minimally-invasive image-guided procedures. ... When someone has a heart attack, they'll get a heart catheter. They'll go into a radial artery and they'll have a catheter, a very long thin tube, into the artery and then they'll use that tube to access the blood vessels that feed the heart. Interventional radiology uses a similar thing in that they put catheters into arteries and veins, but then they do that wherever in the body. They can use those catheters to deliver chemo drugs, to open up occluded vessels or to close off vessels that bleed internally. It's just a really cool modality that they use because they can do all this without having to cut you open. If someone is in a car accident and has some internal bleeding, if a surgeon was going to go fix that, they'd have to ... cut open the abdomen and do a very large procedure to find the bleeding and stop it. Interventional radiology, in some cases, can do all of that through just a half-inch-long incision in your forearm. It's just kind of a cool thing. Very minimally invasive and using some cool imaging techniques to be able to guide those interventions.

CC: You've completed three years of medical school. How much longer do you have altogether?

AP: Medical school is four years. I'm three years into those four years. After I'm done with medical school, like a year from now, I'll start a residency and that will last six more years.

CC: Have you decided yet whether you'll return to Lewiston to practice medicine?

AP: I'm still not sure. I'm married. My wife and I are trying to decide if we want to stick around here at Vanderbilt for residency or head back west, and especially the Northwest. There aren't a ton of programs in the Northwest, but I think we'd like to return to the Northwest eventually, whether it's a residency or once I'm done with that as a fully practicing physician.

CC: Your father is a dentist, your mother is involved in music and plays the harp. Do you also have an interest in music?

AP: I sure like music (laughs). I had piano lessons growing up and I wasn't the best student for my mother to teach, and so that's certainly more on me than on my mother. I actually took a piano class at BYU and that's where I met my wife, so I think I have a special place in my heart for music but I'm not much good at it, unfortunately. I'm in Nashville, so that's really nice to go and listen to, fortunately.

Clohessy is managing editor of the Tribune. He may be contacted at cclohessy@lmtribune.com or (208) 848-2251.

Family: Married to Summer Perez; daughters, Eliana, 4, and Genevieve, 6 months; parents, Bill and Mimi Perez; siblings, Joey and Katie, with parents in Lewiston, Brian Perez, who is an undergraduate at Brigham Young University in Provo, Utah, and is pre-med, twin sister Janie Endemano, who lives in Yakima, and Becky Perez, a county prosecutor in Coeur d'Alene.