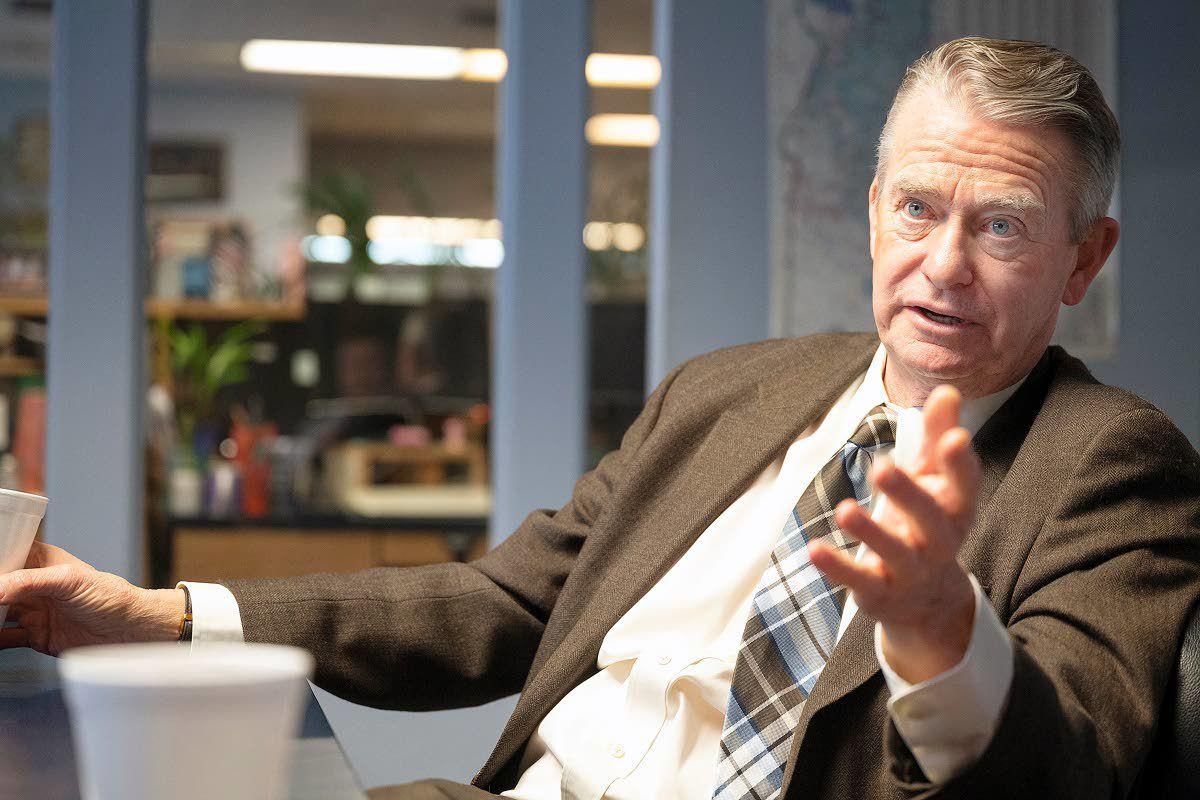 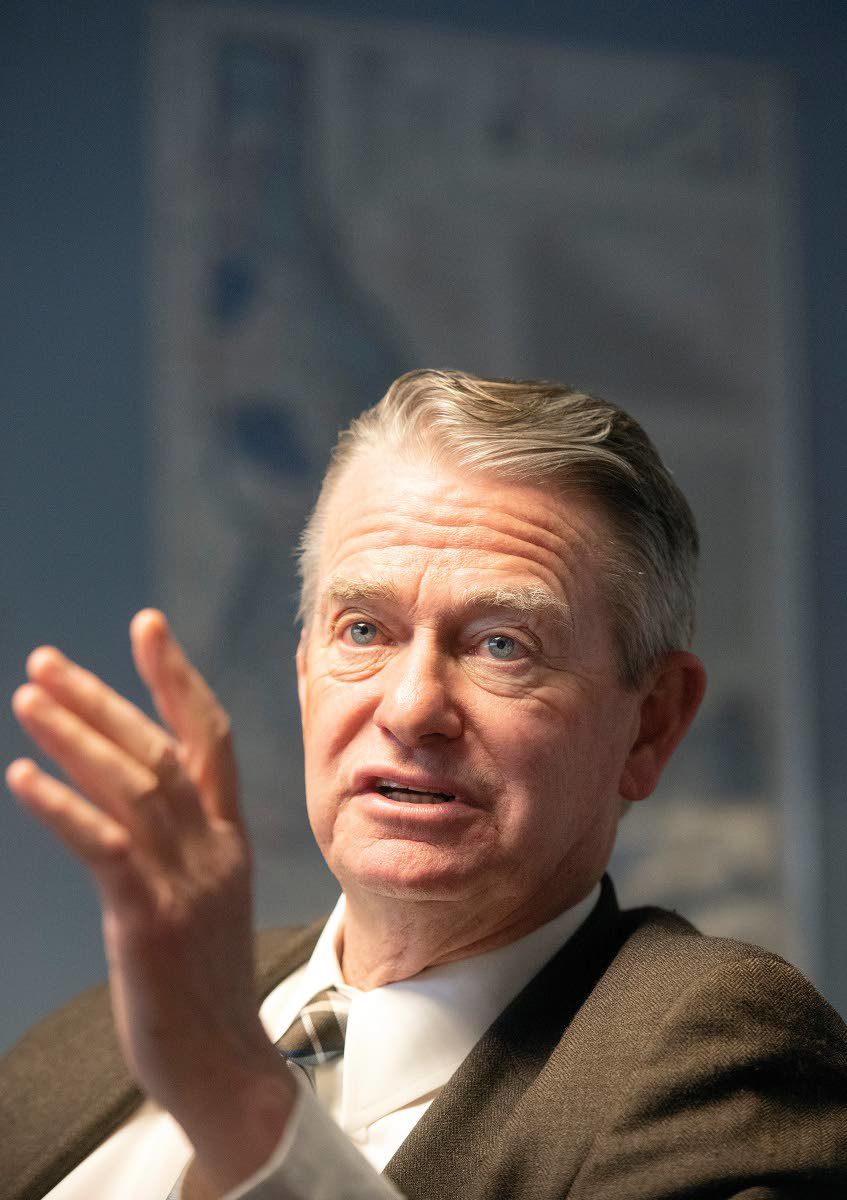 Idaho Gov. Brad Little talks about some of the education issues around the state during an interview with Lewiston Tribune staff members Friday morning in Lewiston. 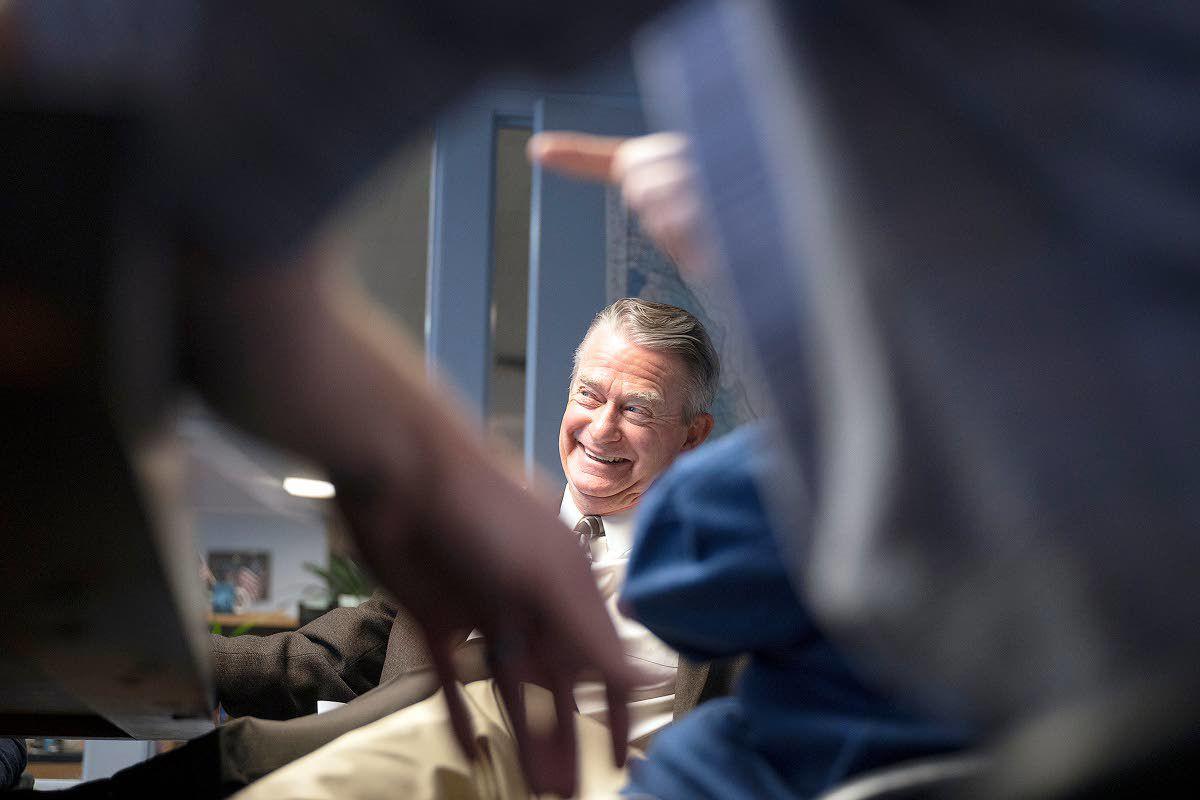 Idaho Gov. Brad Little reacts to a question about public civility posed by Lewiston Tribune Publisher Nathan Alford during an interview with staff members of the paper Friday morning in Lewiston. 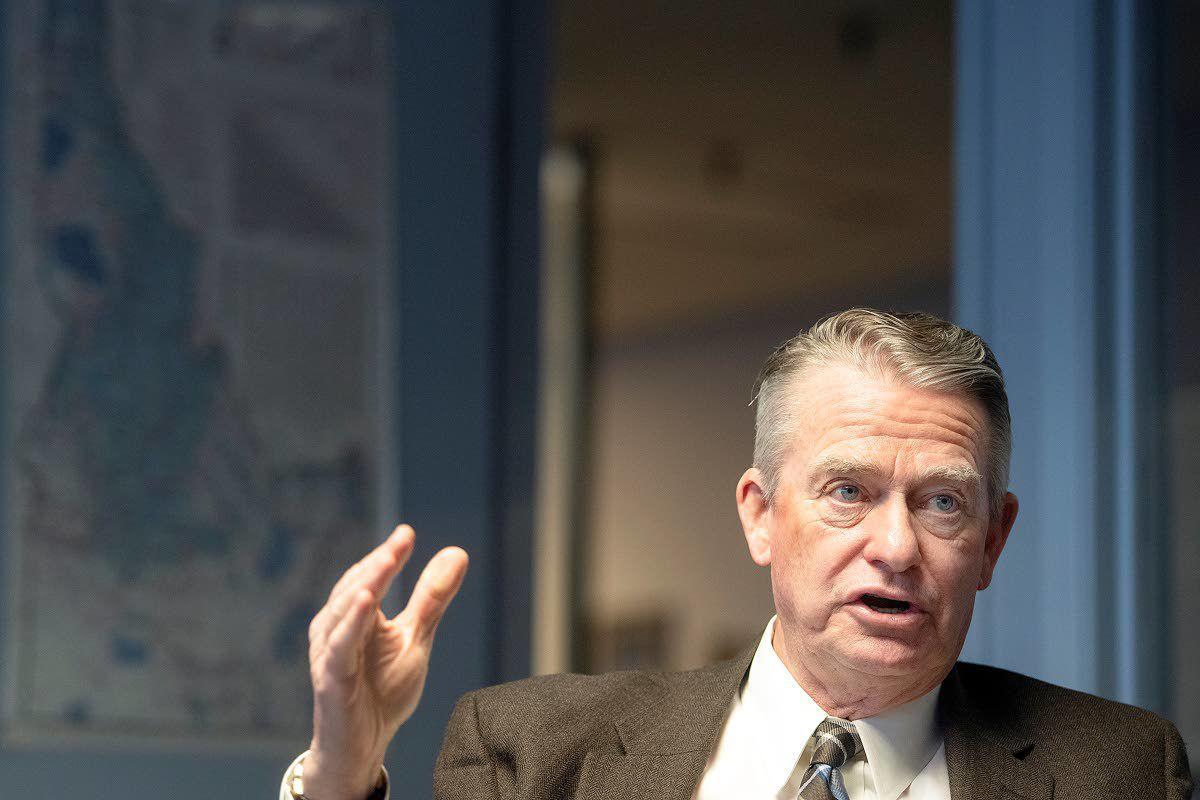 Idaho Gov. Brad Little answers questions ranging from education to population growth around the state during an interview with the Lewiston Tribune staff members Friday morning in Lewiston.

Idaho Gov. Brad Little talks about some of the education issues around the state during an interview with Lewiston Tribune staff members Friday morning in Lewiston.

Idaho Gov. Brad Little reacts to a question about public civility posed by Lewiston Tribune Publisher Nathan Alford during an interview with staff members of the paper Friday morning in Lewiston.

Idaho Gov. Brad Little answers questions ranging from education to population growth around the state during an interview with the Lewiston Tribune staff members Friday morning in Lewiston.

Idaho Gov. Brad Little said he intends to press for his education agenda during the state’s legislative session and named funding for early childhood literacy a must-fund program during a visit to the Lewiston Tribune on Friday.

The governor is calling on legislators to continue last year’s $26 million in funding for literacy programs aimed at the state’s kindergarten through third graders.

“Literacy funding is nonnegotiable for me,” he said.

Little sees sound reading skills developed at a young age as fundamental to setting students on a path to success. Without them, he said, students can’t be expected to excel in STEM — science, technology, engineering and math — a subject area stressed by educators and business leaders alike.

“Can they really learn science, technology, engineering and math without knowing how to read?” he said.

The literacy funding is available for local school districts to use as they see fit. Some are using the money to pay for all-day kindergarten. Others are using it for things like hiring reading coaches or implementing summer reading programs.

“Each district has to look at the demographics and challenges of their school districts — smaller class sizes, summer reading programs ... it’s any option they want to do to move the needle,” he said.

But move the needle — in this case the Idaho Reading Indicator test administered to kindergarten, first, second and third graders — they must.

“I cannot in good conscience continue to ask the taxpayers of Idaho to continue to put money into education when we have a bunch of kids who can’t read,” he said.

Little’s budget recommendation includes a $77.7 million increase in the K-12 budget, bringing it up to $1.9 billion. Within that is $30 million for the career ladder — a program designed to make salaries for veteran teachers competitive with neighboring states, and $7.7 million to boost the starting pay of beginning teachers toward $40,000 a year.

He said he wants to send a message to teachers “that we appreciate them, we value them and we want them to know we are going to take care of them.”

Little acknowledged the state’s colleges and universities will have to make some tough decisions that could include eliminating programs that attract few students. His higher education budget recommendation of $307.2 million is an increase of just 0.39 percent. He is favoring access to higher education over an expansive offering of programs. His budget recommends $7 million for opportunity scholarships and a $2 million increase for a program that lets high school students earn college credits by taking Advanced Placement classes. Doing so shortens the time they must spend at a university or college.

He endorsed the decision by college presidents to freeze tuition at 2019 levels.

“I think it sends a good message,” he said.

Colleges and universities may have to cut unpopular programs so they can fully fund those that are more valued, such as engineering programs. Little noted that business leaders from companies like Clearwater Paper, Schweitzer Engineering and Idaho Forest Group have told him they need engineers and other highly educated and skilled workers.

“Those are really important to the state of Idaho, so I don’t want to say just run out a bunch of degrees,” he said.

Little said his Salmon Workgroup is making good progress and he hopes it can give him some good recommendations by next summer.

“I think most of the people who have been part of that task force think we are making great progress,” he said.

He defended his advice to the members of the group to avoid talking about the potential breaching of the four lower Snake River dams, something that upset many of the members who see it as the best way to recover the fish protected by the Endangered Species Act.

“I said, ‘Look, if I don’t tamp that down, we won’t get done what I want to get done, which is talking about everything — habitat, hatcheries, timing of water flows — all of those aspects of what we need to do. It will just be based on breaching.’ ”

He said the fisheries biologists he talks to say the present poor state of Idaho’s salmon and steelhead runs can be blamed largely on the recent run of poor ocean conditions. He believes if ocean conditions improve, the runs will improve greatly. If they don’t, he said there maybe nothing that can be done.

“If ocean conditions keep going the way they are, I even think taking out the dams might be a big problem. The fisheries biologists I talk to say it’s such a showstopper.”