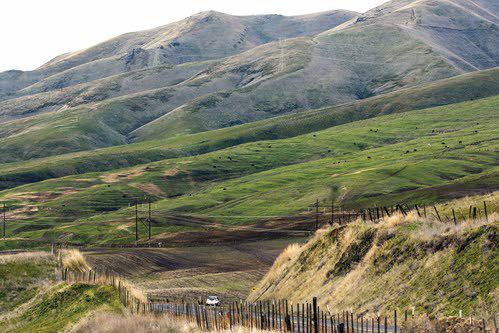 Cattle graze on 80 acres of land owned by the city of Lewiston along the Old Spiral Highway. The land is among the parcels the city may try to sell to raise funding for infrastructure projects. 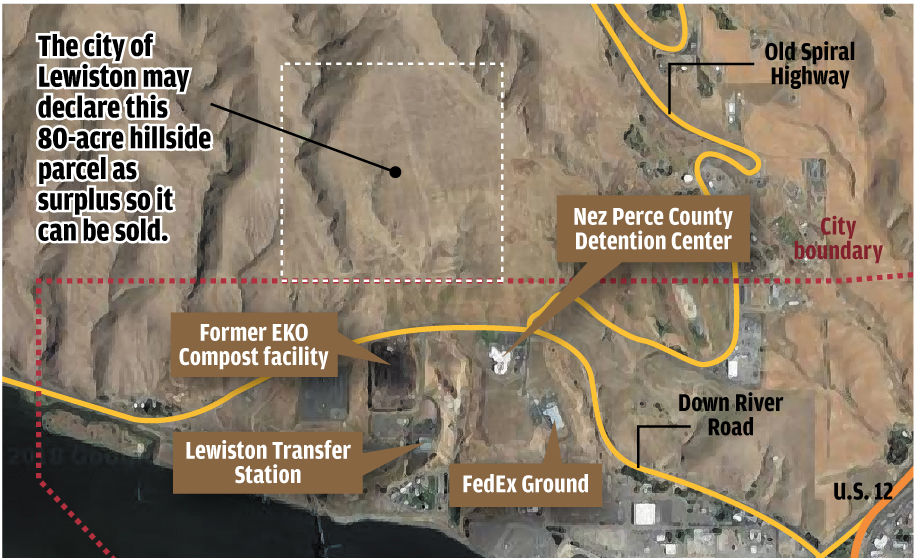 Cattle graze on 80 acres of land owned by the city of Lewiston along the Old Spiral Highway. The land is among the parcels the city may try to sell to raise funding for infrastructure projects.

The city of Lewiston may unload some of its surplus property to raise funds for various city needs.

"It's like anything else," Marsh said. "If you've got some items or resources you're not using, we might as well see if the community wants to buy them and generate some cash flow."

Marsh said the list is about five years old, but should be fairly up-to-date. Once complete, it can help guide staff members as they decide which properties are the most marketable. New appraisals would also be part of the process.

Some pieces - like so-called flag lots that are only connected to the public right-of-way by a thin strip of land - may not be worth the effort to sell. But even those irregular parcels can be desirable to adjacent property owners who want to expand the size of their lots, Marsh said.

"If you have a flag lot behind your house in an alleyway, you might be interested in picking that up."

Still, larger pieces of land are generally more desirable, especially for commercial development. One likely contender is an 80-acre hillside parcel north of the Nez Perce County Detention Center. The city has already had inquiries from a tree farm about the land, and Marsh said its south-facing slope may also be attractive for a winery.

The slope of the property has also drawn interest from two energy companies that may want to build a "solar farm" there, according to Lewiston Community Development Specialist Jacqui Gilbert. The proximity of a North Lewiston power substation was also a plus for the companies, Gilbert added.

But the hillside location could also be a drawback for a prospective buyer looking for a flat piece of ground, since the cost of excavation could be prohibitive.

Otherwise, the property's location next to the Port of Lewiston could be another selling point, Marsh said. The port has sold some of its land for around $10,000 per acre. So if the city could muster something around $3,000 per acre, Marsh estimated, it would put about $240,000 in the bank.

To sell any property, the city council would first have to declare it surplus. Then it would go up for sale at a public auction, with the council setting a minimum price. If bids don't meet that price, Marsh said the city can then proceed to listing the property with a real estate agency.

A recent example of that process was the sale of the old Lewiston City Library building on Thain Road. It took three years, but the city eventually sold the building to an auto body shop for $275,000 after bids at a public auction didn't meet the reserve price.

At last week's meeting, City Councilor Jim Kleeburg pointed out that selling surplus property would also put the parcels back on the tax rolls, bringing in revenue beyond the sale price. And Marsh said the city should unburden itself of assets that aren't being used.

"It's like cleaning out your attic at home," he said. "As you're getting rid of some clutter, you might run across some items that you could put on eBay or something. If we can pick up a little money, it would help us out."