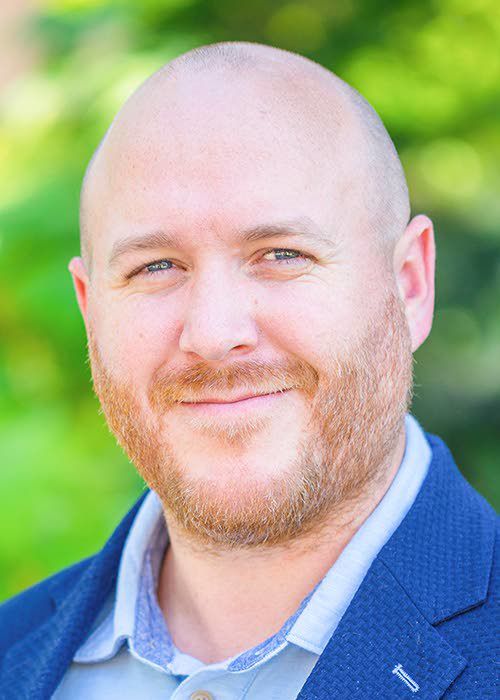 Patrick O’Shaughnessy understands better than most the challenges veterans face when working through the red tape to utilize their GI Bill benefits.

A Navy veteran and Lewis-Clark State College graduate, O’Shaughnessy has drawn from his own experiences to help his fellow veterans in his role as coordinator of the Office of Veterans’ Services at LCSC.

The college recently received recognition for its efforts to assist veterans, earning the designation of Military Friendly School from Military Friendly, an organization that “works to create better outcomes for veterans and current members of the United States armed forces,” according to a news release from LCSC.

Craig Clohessy: What got you involved with the Office of Veterans’ Services at LCSC?

Patrick O’Shaughnessy: I had heard that this position came open and I thought it would be a good opportunity to help other vets get through. It’s not the easiest thing trying to navigate through higher education with using GI Bill benefits.

CC: You also are a veteran, having served in the Navy for four years. Did your experience in the military help you to help other veterans?

PO: When you first get out of the Navy, or any branch of service really, they try to give you a crash course on what you need to know and what to expect. It doesn’t really go over every detail you need to know. So after four years of using benefits (he attended LCSC from 2010-14) you kind of get a good idea on how it’s supposed to go.

CC: You come from a military family. Talk a little about that.

PO: My grandfather, he was in the reserves for the Navy during World War II, and then my uncle served in the Navy. He was a retired chief warrant officer. ... I think he was enlisted around the Vietnam era. And then my (identical twin) brother and I both served. My brother was Army for six years.

CC: How did you guys split on that — one Navy, one Army?

PO: Actually he did try the Air Force first and decided it wasn’t what he wanted to do. So he got out of the Air Force and he had to wait two years to re-enlist into the Army. He wanted to do more combat hands-on. But my uncle and grandfather were both Navy, so I took that route.

CC: How are those Army/Navy football games at your house?

CC: The Office of Veterans’ Services at LCSC just earned the Military Friendly School designation. What does that mean and why is it important?

PO: It’s important ... to try to be on top of helping veterans to navigate — not only going through school but making sure it’s paid through using their GI Bill benefits correctly. If they’re struggling through any classes, it’s a little different between a military veteran using their benefits and just a normal student. ... You’re being paid to go to college, so it’s up to you to pass your classes. We do have a good working relationship with our faculty. They let us know if they see someone with veteran status struggling in a class; how can we help them so they can succeed?

CC: Have you put things in place to help beef up efforts on the behalf of veterans?

PO: We subscribe to the principles of excellence. ... It goes on just being a first defense, trying to make sure that veterans are being taken care of and are set up to succeed through their time at school. We also recently got our workforce training certified, (which allows veterans to) use their benefits for that.

CC: I imagine communication is a big part of all of this, isn’t it?

PO: It’s a lot of back and forth between the veterans, the Veterans Affairs itself and then they have a sub-group, the state approving agent, that we have to work with in order to get everything approved and stay within compliance.

CC: What would you say to a veteran trying to decide what to do next with their life?

PO: Higher education is always a good thing. ... Veterans using their benefits have a higher success rate than traditional students. They’re up actually more toward the international program students (in regards to graduation rates). ... They’re more motivated to get in, get their degree and go do what they want to do. So (I recommend) higher education, not only with a traditional degree but also for trade degrees, any kind of certificates. Those are always good for vets too.

CC: I imagine the discipline that the military instills helps a lot.

PO: It does. And also, we’re more older generation, nontraditional, so we know that we have things to take care of. A lot of us work on top of going to school. So we get our stuff done and we take care of our other obligations at the same time.

PO: I’ve been doing it for a couple years now off and on. ... At my last (job), I got to the point where I could play “Amazing Grace” and (did so for co-workers on) St. Patrick’s Day.

Clohessy is managing editor of the Tribune. He may be contacted at cclohessy@lmtribune.com or (208) 848-2251.

Education: Graduated from Highland High School in 2004; Bachelor of Arts in justice studies with a minor in Spanish from LCSC in 2014.

Hobbies/interests: “Family and friends are my hobbies and interests, from camping, boating, trips to Seattle to watch the Seahawks and now XFL Seattle Dragons.”

Do you have any hidden talents, or is there anything else that might surprise people about you?: “I have an identical twin brother who also served, however, in the U.S. Army. Many people might see one of us out in town for the first time and wonder why they are getting a weird look when they go to say hi. I also recently took up the bagpipes and am hoping to be able to devote more time to them that way I can play with my band Clearwater Pipes and Drums.”