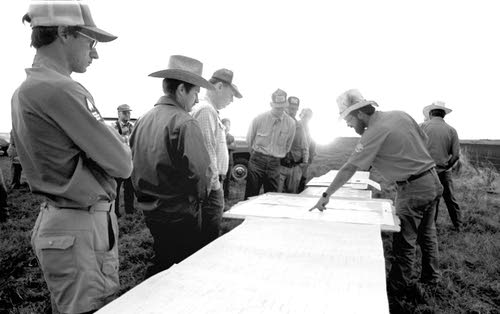 Search and rescue personnel study maps as they look for clues during the 1982 search for 2-year-old Ricky Barnett near Grangeville. 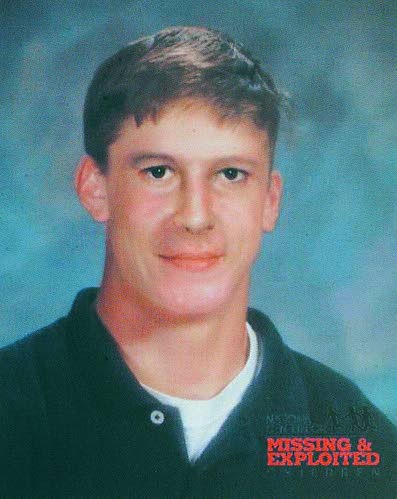 A computer-generated version of Richard Barnett’s appearence as he might appear at 25 years of age.handout photo 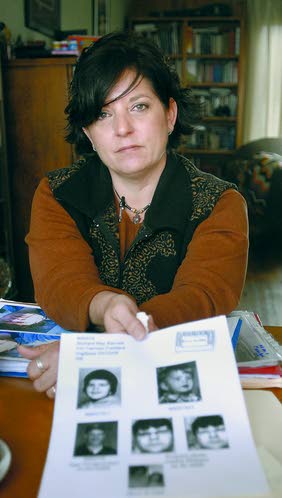 Tribune/Barry KoughIdaho County Sheriff’s Detective Joan Renshaw worked for years on the case near Grangeville. A lack of resources in 1982 hindered the investigation, she says. 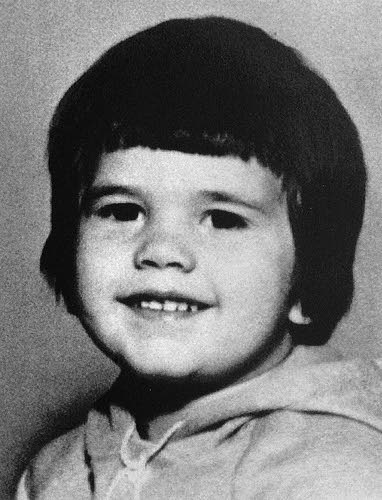 FAR LEFT: Ricky Barnett in 1982, when he went missing from his grandparents’ Idaho County chicken and dairy farm. LEFT: A computer-generated image of Barnett as he might appear at age 25.handout photo

Search and rescue personnel study maps as they look for clues during the 1982 search for 2-year-old Ricky Barnett near Grangeville.

A computer-generated version of Richard Barnett’s appearence as he might appear at 25 years of age.handout photo

Tribune/Barry KoughIdaho County Sheriff’s Detective Joan Renshaw worked for years on the case near Grangeville. A lack of resources in 1982 hindered the investigation, she says.

GRANGEVILLE - For more than 30 years the sweet, smiling face of a dark-haired, dark-eyed little boy has looked out from missing children posters and websites, urging anyone with knowledge of the whereabouts of Ricky Barnett to contact authorities.

So it should be no surprise that reports of sightings of the missing 2-year-old - especially with age-progression renderings posted alongside - are a common occurrence at the Idaho County Sheriff's Office.

"Most of (the reports of sightings) don't even warrant too much of a look," said Detective Jerry Johnson, who has been working on the case for about four years. "But some are pretty interesting. There's constantly stuff coming in about Ricky Barnett."

One recent sighting led to an Alaskan hunter who finally submitted to a DNA test to prove whether he was Barnett.

The child disappeared from the egg and dairy farm about seven miles north of Grangeville where he was visiting his grandparents on the morning of Aug. 31, 1982.

That day the farm had just received a shipment of chickens. Workers, including a few extra to help unload, were busy taking chickens out of their crates and putting them into one of two chicken barns. Other workers were milking cows in a nearby milking parlor.

Barnett was playing outside near a hay wagon. His grandfather, Waldo McChoard, came out and saw the boy on his way to the milking parlor. The child started to follow him, but McChoard told his grandson to stay put.

About 15 minutes later someone went to check on Barnett. He was gone. The family and workers began looking immediately for him, but when they could not locate the child, the sheriff's office was called.

A massive search was launched immediately. More than 250 searchers combed every inch of the several-hundred-acre farm, including sifting through the ponds and pig manure piles to detect whether the child might have been eaten by an animal.

Not a trace was found. Bloodhounds that were brought in seized on a scent trail that led off into a field and then disappeared. Helicopters scanned the countryside.

After a couple of weeks the official search was called off.

Theories abounded, including one that Barnett had been placed into an underground adoption ring - possibly by his grandmother, Martha McChoard - and spirited out of the area to live with another family. Barnett's mother, Judy Barnett of Ontario, Ore., said that the grandparents did not like her and wanted somebody else to raise him.

McChoard remained under suspicion for several years, especially after an initial polygraph test came back inconclusive. But a follow-up polygraph years later dispelled that suspicion.

Detective Johnson said when Barnett's father, Ellis McChoard, died a few years ago, his family found among his belongings a picture that had been widely distributed on the Internet of a hunter alongside a big brown bear.

No one knew why Ellis McChoard had saved that picture but as they continued to look at it, they grew to believe it was Barnett as a grown man.

"The sister called me and said: 'I really think this is Ricky. It looks just like me and looks like the rest of the family,' " Johnson said.

The detective began researching the photo and discovered the man pictured had been in the military and had been hunting in Alaska when he killed the bear.

Johnson got in touch with the man, as did Barnett's family, and began questioning him.

The man denied being Barnett, Johnson said. "He said he knows who his parents are, he knows where he grew up."

Johnson became convinced the man was not Ricky Barnett, but the family was not persuaded and continued to contact him. The man initially refused to submit to a DNA test, Johnson said, but after repeated entreaties by Barnett's family, he agreed. The test was conducted earlier this year.

About a month ago the test results came back.

Still, the investigation goes on. One previous detective on the case believed it was possible one of the temporary workers at the dairy farm in 1982 may have had knowledge about what happened to Barnett. She followed that lead for some time, but nothing conclusive was ever found.

Johnson said investigators tend to fall into two camps - those who believe Barnett was kidnapped and is still alive someplace; and others who think he was murdered.

Johnson continues to stay in touch with the Barnett and McChoard families and is frequently notified by missing children agencies of reported sightings.

"They will call periodically asking if there's anything or send referrals," Johnson said. Usually the referrals are without substance "but other times they'll say, 'This is an interesting one.' So there's continual communication on that case.

"We hope that there will be some resolution sometime and that's what the family still desires to see. So you never know."