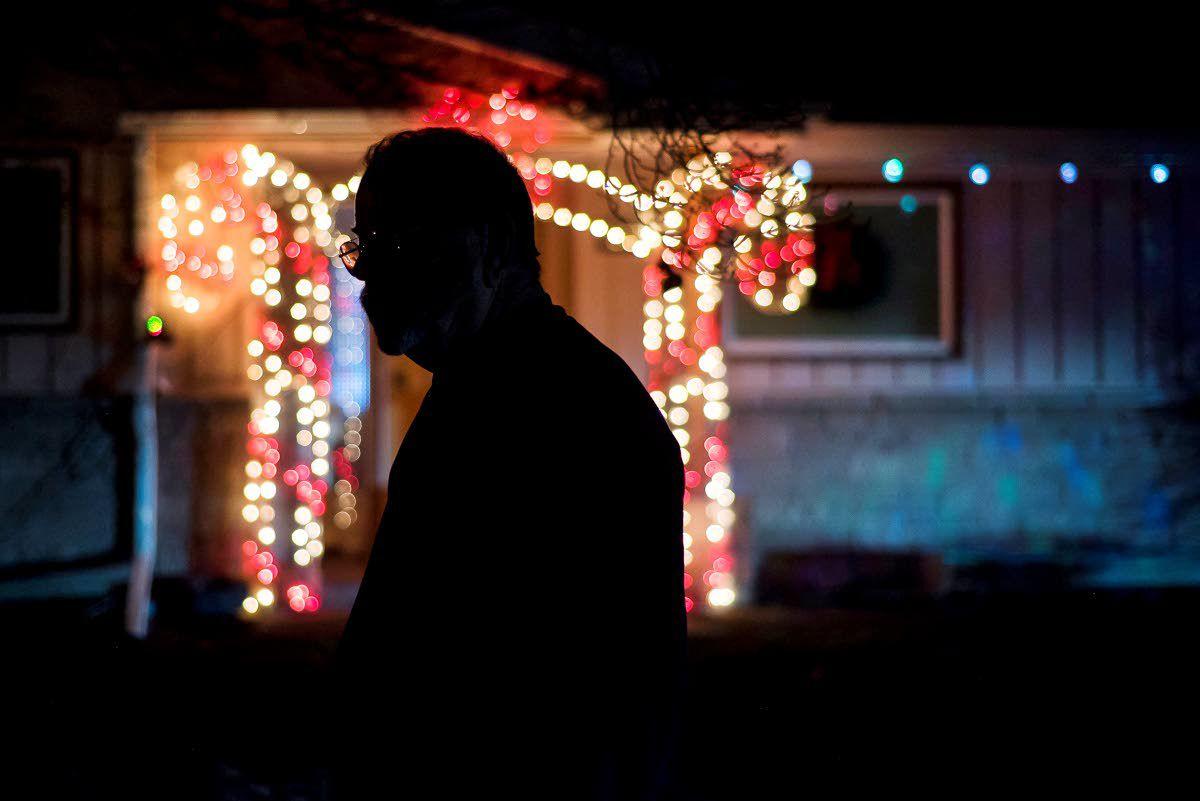 Don Schiefelbein chats with a neighbor in his front yard on Candy Cane Lane (Sunset Drive) on Friday in Lewiston. 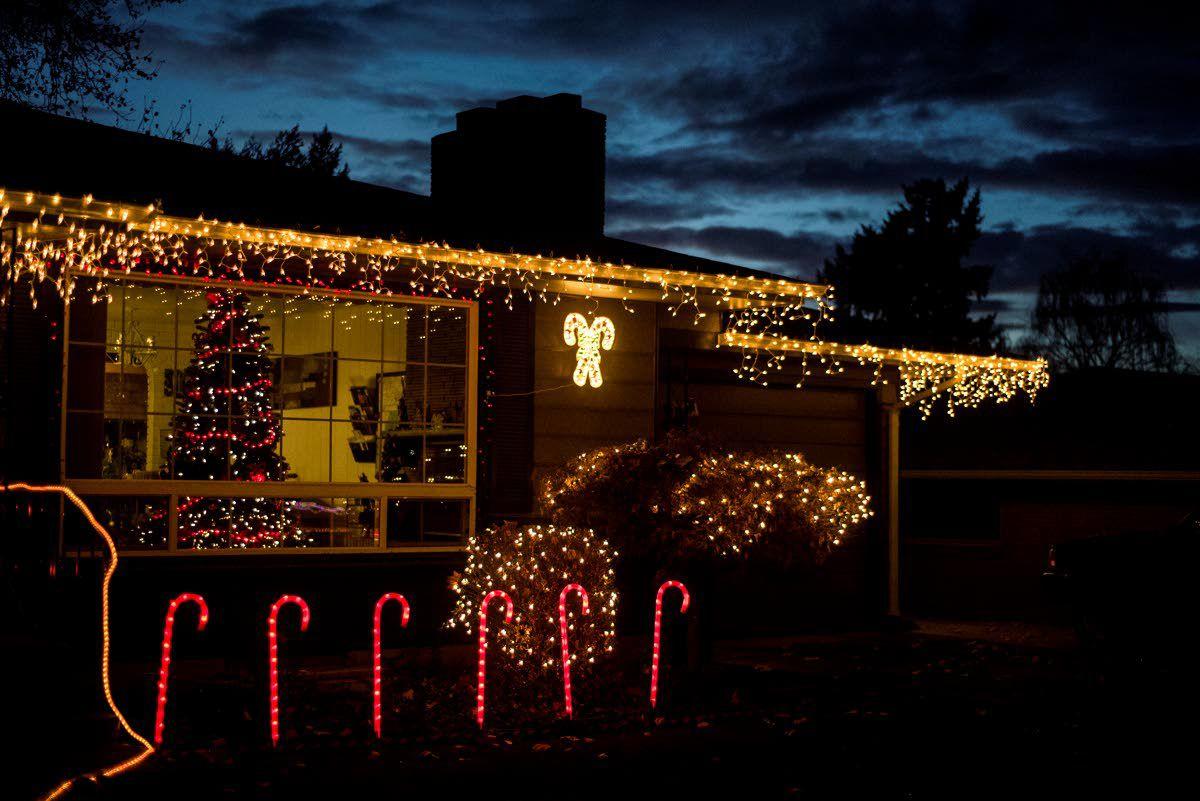 Christmas lights glow on a house on Candy Cane Lane (Sunset Drive) on Friday in Lewiston. 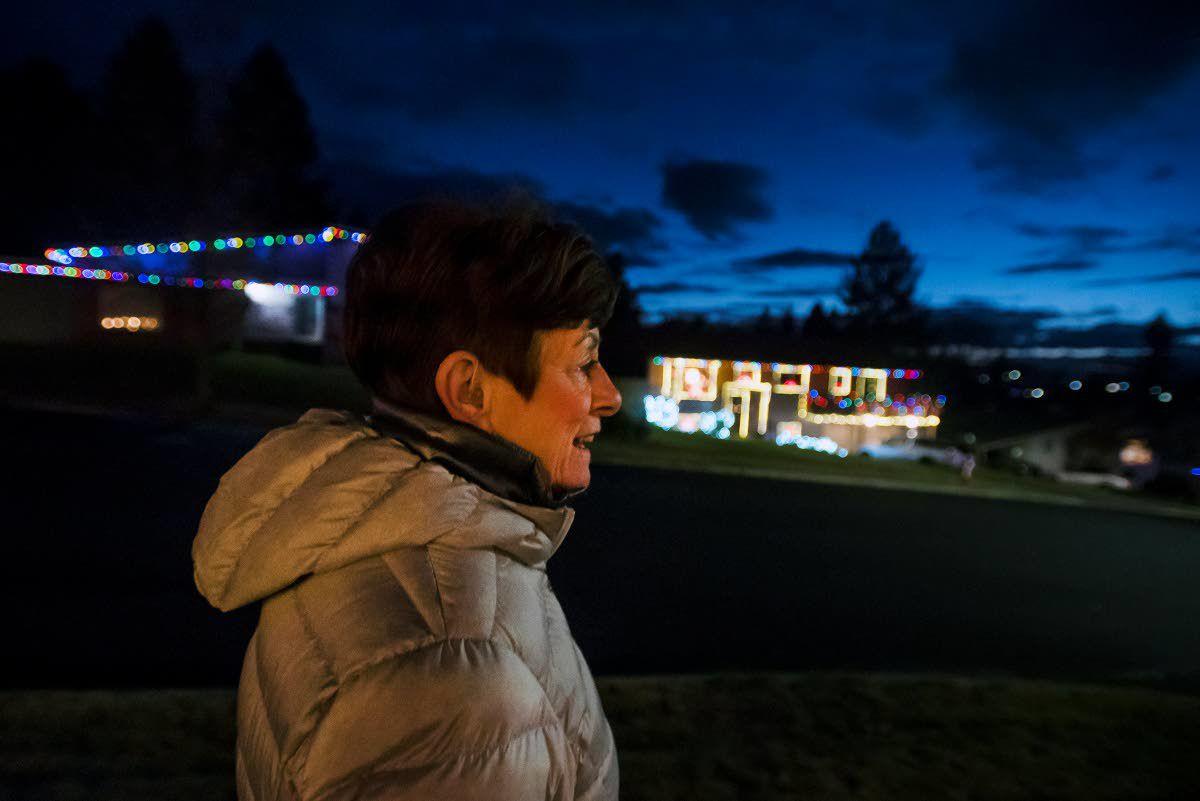 Don Schiefelbein chats with a neighbor in his front yard on Candy Cane Lane (Sunset Drive) on Friday in Lewiston.

Christmas lights glow on a house on Candy Cane Lane (Sunset Drive) on Friday in Lewiston.

Lewiston’s Sunset Drive has once again transformed into Candy Cane Lane, lighting up the city with its dazzling Christmas cheer.

But while this time of year is always special along the brightly lit lane, 2019 marks the 60th anniversary of a holiday tradition that started when two couples put their Christmas spirit together in 1959. And some of the lane’s longtime residents believe it has persisted not just through the warm hearts that beat within each tidy home, but through a deep pride in their neighborhood.

“When I moved here, this was one of the most elite streets in Lewiston, before the Elk’s (Addition) or any of that got built,” said Jack Wilkinson, who has lived on Sunset Drive for 48 years. “Most of the houses were individually designed. They weren’t tract or slab houses, and they were all built more or less to what their taste was. So it was a nicer street.”

That pride led Dave and Wilma Howell and Alan and Darlene Kidder to found the annual holiday home decoration extravaganza in 1959. They cut out and painted the original candy canes back then, distributing them to the handful of homes that existed at the time. The practice grew with the neighborhood over the years, and now more than six dozen candy canes line the street, one for each home.

Residents add their own decorations, including a copious helping of lights, as they see fit. There is no group that organizes and runs the effort, or sets any rules. It just happens through the strong pull of tradition. Aly Baerlocher and his wife, Debbi, have been on Sunset Drive for 26 years, and their special touch is a village and Nativity scene his parents created when they lived on a Camas Prairie ranch.

He didn’t get around to putting the scenes up last year, but got back on track this year when one of the neighborhood kids asked about it.

“Well, I guess that meant I was putting it up,” Baerlocher said with a laugh about not wanting to disappoint the youngster. “It is enjoyable, even if it takes a little bit to get it up.”

There are few — if any — of the original candy canes left. Sandra Hendrickson and her husband, John, moved into their home in 1970, inheriting their candy cane from the previous owner as per custom.

“When you buy a house on Candy Cane Lane, the candy cane comes with it,” Hendrickson said. “The one that came with our house was not in very good shape, so I had another one made probably 20 years ago. I can’t think of anyone that doesn’t have one up.”

Wilkinson has had his own challenges with the family cane. He lives at one of the curves in the road that can be a challenge for some inattentive drivers.

“I’ve gone through a couple of them,” he said of the painted plywood canes. “I had one wiped out in a car wreck when somebody came around the corner too fast and took it out.”

But he simply replaces it with a new one, and the Christmas spirit lives on.

“They bring all the buses down here from the nursing homes and drive around at night to look at the lights,” Wilkinson said. “It’s a busy street. We really believe in the Christmas spirit.”

Wilkinson was also surprised to realize that the tradition started six decades ago.

“There’s a lot of things that don’t last that long,” he said. “But we still forge along here and everybody is ready to go.”

Hendrickson said her family has always taken a lot of pleasure in putting up the decorations, and doesn’t feel pressured to get it done every year. She said their display is relatively modest, compared to some. She and John have been able to put it up every year by themselves until this year, when son Kory Hendrickson came over from Clarkston to lend a hand.

“The older you get, it’s not that easy to get lights on the roof,” she said. “And probably at age 79, (John) shouldn’t be on the roof anyway, putting up lights.”

And now that it’s ready, she and her neighbors can sit back and watch all the wide eyes marvel at their winter wonderland. Hendrickson said it truly warms her spirit.

“We need to bring peace and happiness into our neighborhoods,” she said. “And all this strife that’s going on in the world today is pretty sad. So it’s nice to put out Christmas lights and make it a happy atmosphere. I like the holiday season and the fact that it stands for Christ’s birthday.”

How concerned are you about the downturn in the stock market?