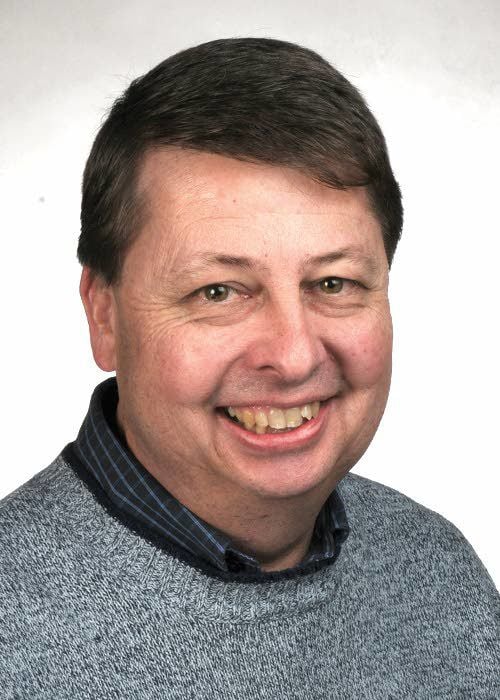 Well, maybe there’s a little for Shawn Sullivan, who has stepped into a long line of family shoes as fourth-generation president of American Insurance in Lewiston. That’s 97 years members of the Sullivan family have worked at and run the agency, which also has an office in Moscow.

“Following in the footsteps of my grandfather, ‘Sully’ Frank Sullivan, and my dad, John Sullivan, yeah, there’s some pressure,” he said. “But I’m (also) excited to bring what I can to the table going forward.”

Shawn Sullivan assumed the role of president of the family-owned agency Jan. 1, but he isn’t alone. His dad, who had served as president since 1996, will stay on as chairman and continue to serve clients while also providing transition guidance. Shawn’s brother, Philip Sullivan, has been named vice president and will handle other duties as well.

Craig Clohessy: You’ve worked for the insurance agency for 25 years, but if you look at your education it doesn’t seem that was your original goal. You majored in microbiology at the University of Idaho. What made you decide, ‘Hey, I’d like to join the family insurance business?’

Shawn Sullivan: That’s a heck of a question. I had one extra semester to take at the University of Idaho, so there was a class I needed to take ... to graduate. I decided (to) take some business classes as well to fill up my semester. I did that and graduated in December of that year. ... I was applying to graduate schools, which I ended up getting accepted because I had done internships ... and worked at the University of Idaho labs with one of my professors. Dad and my uncle came to me and offered me a job and said, ‘Hey, why don’t you give this a try?’ ... I was between things so I said sure, I’ll give it a try. I got licensed and started in personal lines and just slowly worked my way up to the point where by the time that graduate school came calling, I decided to give (the insurance agency) a little bit more time to see if I could get good at it, and now I’m in at 25 years. ...

SS: I got accepted to graduate school at New Mexico State in Las Cruces. That would’ve been kind of cool to see but for the most part, no. I enjoy what I do and I’m glad I stuck it out. I will say that the first couple of years were very difficult. Part of the job back when I started was I was given a list of people to call at dinnertime, from 6 to 8 o’clock at night. This is back when you could call people at home because they had home phones. I did that for four years, from Monday through Thursday, making phone calls every night asking people if we could quote their auto and home insurance. If that doesn’t toughen you up, nothing will.

CC: Is there another generation of Sullivans looking to join the family business?

SS: My brother is nine years younger than me and he was just named vice president. So he’s in the mix, obviously. My son’s a senior in high school, and he’d like to think that he could be involved in this someday, but he’s got some college and some other things to do first before we can look down that road. ... And I have a 5-year-old daughter. Maybe she’ll be the one. I don’t know.

CC: You’re an insurance agent and president of your family-owned business. But when you walk out of your office, who is Shawn Sullivan?

SS: A husband and a dad, just like everybody else that has those roles. I go to all of my son’s basketball games that I can ... and my daughter is in dance, so Mama takes her to dance class and swimming lessons and then when it’s my turn, I go to the recitals and swim lessons as well. We have a ton of family events. We’re a big family, so it seems like about every other weekend there’s a birthday party for somebody.

CC: You grew up in Culdesac.

SS: Yes, and we do keep up with what goes on in Culdesac. I make sure to go to Shebang Days as often as I can. I’m proud to have been on one of the better basketball teams that they had there. We were back-to-back Whitepine League runners-up back in the day.

Do you have any hidden talents, or is there anything else that might surprise people about you?: Degree from University of Idaho is in microbiology.