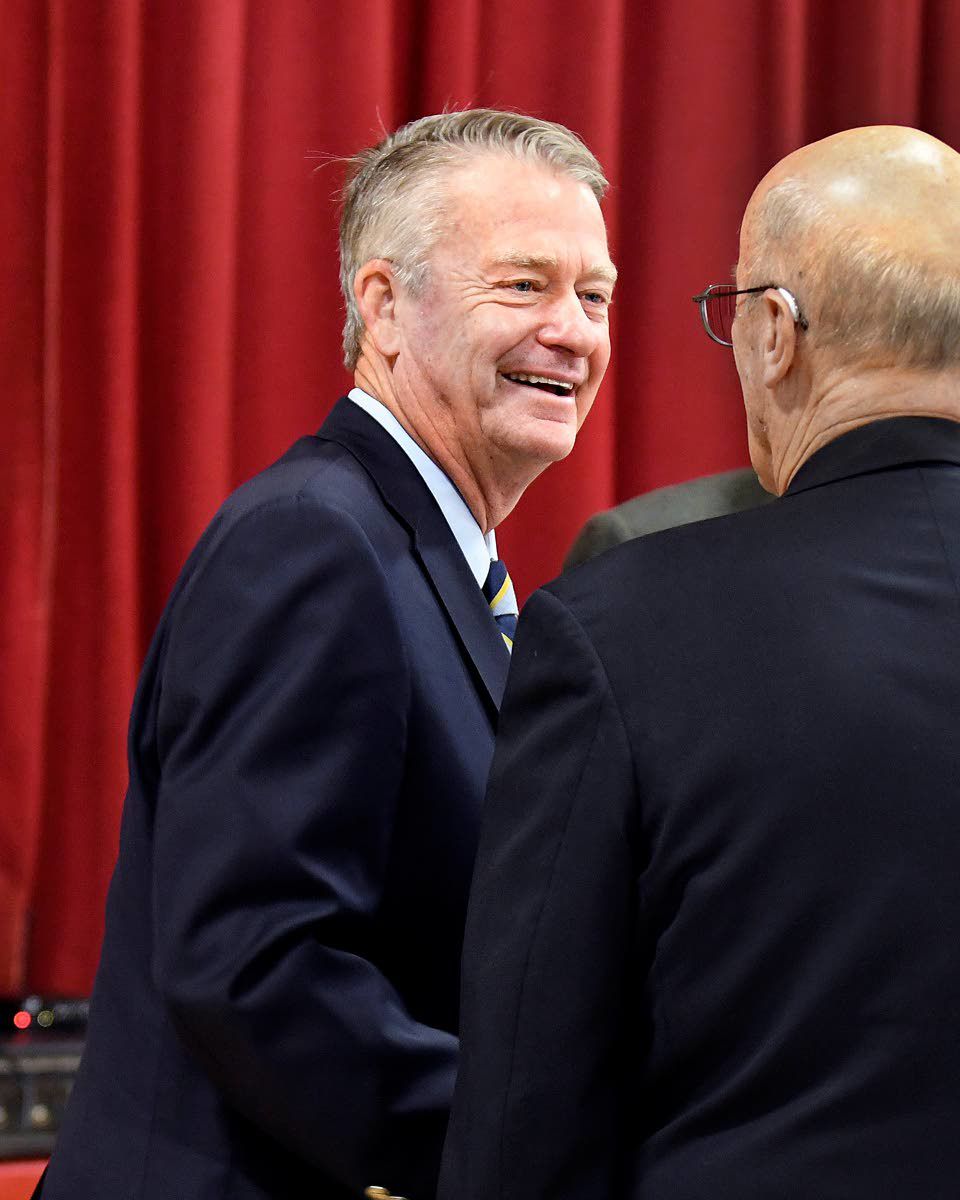 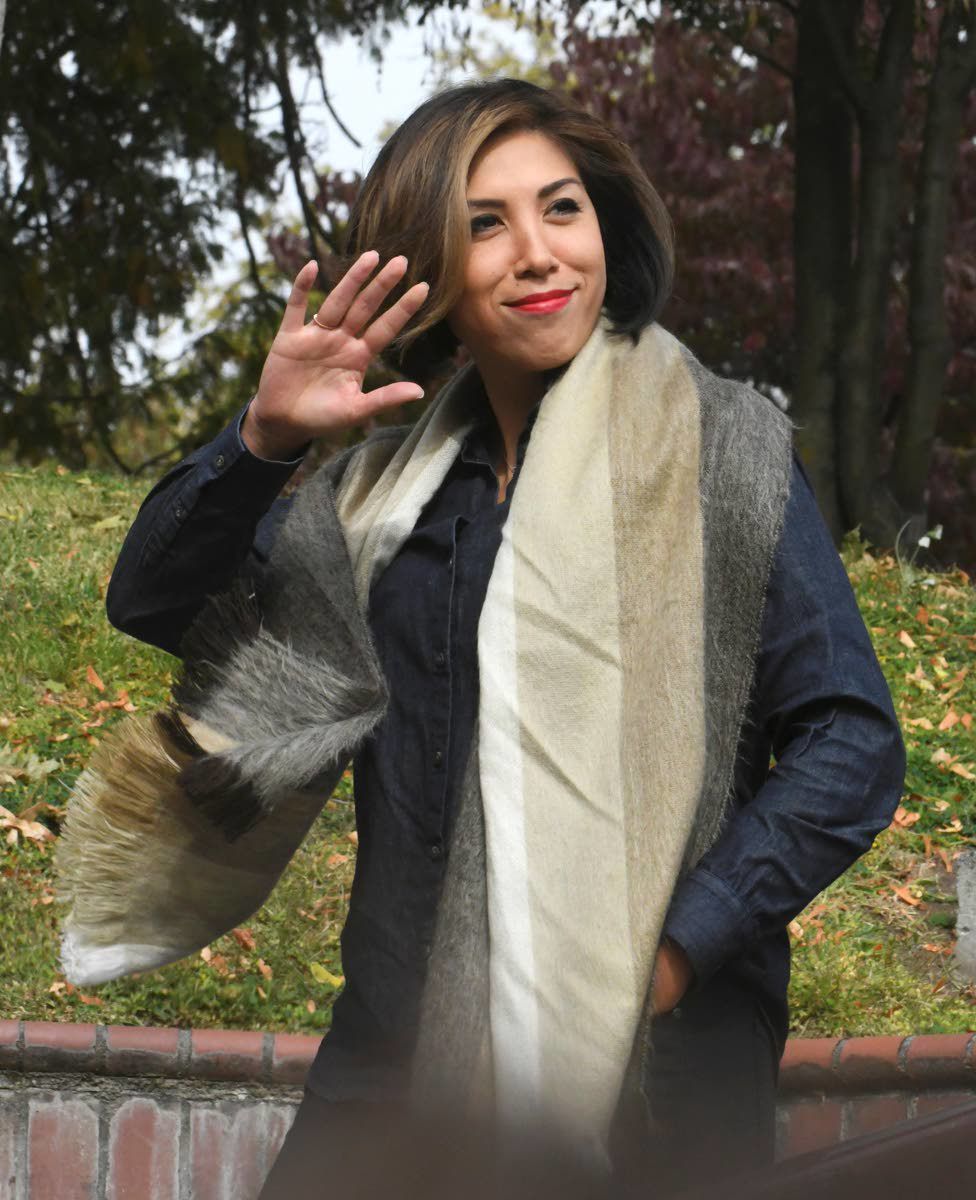 Paulette Jordan makes an extrance to a campaign event at Lewiston where she presented her populist-progressive platform.

Paulette Jordan makes an extrance to a campaign event at Lewiston where she presented her populist-progressive platform.

In their own way, each of the major party candidates running for governor in Idaho this year is a living embodiment of the state they seek to lead.

Lt. Gov. Brad Little, 64, is a third-generation rancher who could serve as a stand-in for the Marlboro Man, complete with cowboy boots and Stetson hat, but without the cigarette.

Little spent decades volunteering for various statewide organizations before he was appointed to the Legislature in 2001. His long years of public service have given him a detailed understanding of the Gem State’s political, agricultural and business history.

Former state Rep. Paulette Jordan, 38, harks back to a time before ranches, before fences — before states, even, or party-based politics.

As a member of the Coeur d’Alene Tribe, Jordan traces her ancestry to pre-European days. She counts Chiefs Moses and Kamiakin among her forefathers, and regularly refers to lessons she was taught by her grandparents or her community. She is, as she likes to say, “of the land” in a way no previous gubernatorial candidate has ever been.

The two face off in the Nov. 6 general election.

They arrived at this juncture along different roads. Little spent much of his life working the family ranch. He later served four terms in the Idaho Senate and two terms as lieutenant governor before defeating Congressman Raul Labrador and Boise businessman Tommy Ahlquist in a hard-fought and expensive Republican primary last May.

Jordan became the youngest member of the Coeur d’Alene Tribal Council after she graduated from college. She then spent the better part of two terms in the Idaho House before resigning in February, becoming the state’s first female major-party gubernatorial nominee when she defeated A.J. Balukoff in the Democratic primary.

Participatory government, populist or not

The candidates’ campaign strategies are as dissimilar as their personal histories. Jordan is taking the populist route, reaching out to disaffected voters of all stripes by attacking the political establishment and presenting herself as unbeholden to either party.

“I want to be perceived as someone who’s not fighting for any particular political agenda,” she said earlier this month, following a rally at Lewis-Clark State College. “That’s what my grandparents always taught me: You’re there to do what’s best for the people; you aren’t there to maintain a party agenda.”

“We need to increase teacher pay, and we need 500 to 1,000 more (public school) teachers immediately,” she said. “Too many districts don’t have enough certified teachers to have one in every classroom on the first day of school, and student-teacher ratios are getting bigger.”

What Jordan emphasizes above all else, though, is her opposition to “cronyism” and good ol’ boy politics and her support for participatory government.

“We’re (offering) a different kind of leadership that is missing in this country,” she said during the LCSC rally. “We’re going to be compassionate, wholly inclusive — where everyone in the state has a seat at the table. Government should work for us, not against us.”

Little is a fan of participatory government as well, but avoids the populist rhetoric. He thinks it creates unrealistic expectations by downplaying the difficulty of change.

“We all do a little populism, but I’m uncomfortable with it,” he said. “Too often, I’ve had to deliver bad news and say no.”

In contrast to his “flashier” opponent, Little said, he offers voters proven leadership. Besides his legislative experience, he has served as president of the Idaho Wool Growers Association, chairman and 20-year board member for the Idaho Association of Commerce and Industry, director of the University of Idaho Foundation and board member for High Country News and the Emmett Public School Foundation.

“Those weren’t random asks,” he said of these volunteer opportunities. “I always got asked by someone I’d served with before, on another committee.”

Little’s campaign rests on the myriad personal relationships he developed through such service.

“I can go to communities and see people I first met 20, 30, 40 years ago,” he said. “For anyone who wants change in health care, education, mental health, I think I can bring parties together to map out a pathway and make big progress.”

His priorities include job creation and continued economic growth, lower taxes — including eliminating the sales tax on groceries — and increased local control for public schools.

“I have a record, I have a history and knowledge of Idaho, I have a black-and-white plan that people can see (online) — and I can get ‘er done,” Little said.

Both campaigns have attracted support from a wide range of individuals — yet here again there are differences.

The bulk of Jordan’s $1 million in donations, for example, came from thousands of small donors. Notably, that includes hundreds of people who don’t live in Idaho. In her Oct. 10 campaign finance report, about a quarter of the donations came from out of state, many in increments of $5 or $10 per month.

Terry Aguilar of Santa Fe, N.M., met Jordan at an academic event a few years ago; he chipped in $175 to her campaign. Garland Riggs of Lanham, Md., sends most of her financial support to Democratic congressional candidates, but added Jordan to the list because she’s a woman and Native American.

“I think it’s high time for Native Americans to be political participants in this country,” Riggs said.

Elissa Kline of Santa Cruz, Calif., previously lived in Idaho and hopes to return here one day. Kline contributed $200 to Jordan’s campaign. She’s never met the candidate, but after tracking the gubernatorial race for about six months she likes what she sees.

“At first it was like, ‘woman, Native American, Democrat, running in Idaho; yeah, she has a snowball’s chance,’” Kline said. “But I was intrigued and started listening. I watched her (Oct. 15) debate with Brad Little, and he just offered up the same-old, same-old. I think she’d be good for women, children, for health care and public lands.”

Like Riggs, Kline said much of her desire for change this year is being driven by President Donald Trump.

“It’s a huge motivator,” she said. “I just don’t think what we have now is representative of America. I think a lot of people are looking for a different kind of leadership.”

“The things (Jordan) says hit home with me,” Connolly said. “I really appreciate it when she says she’s not Republican or Democrat, but Idahoan. We need a different kind of leadership, and Brad Little just seems more of the same. And it would be so brilliant if Idaho was the state to elect the first Native American governor.”

Autumn Monteau of Kent, Wash., met Jordan about a decade ago, when her folks lived in Plummer and Jordan was on the tribal council.

“She’s been on the national front for us (Native Americans) for a long time,” Monteau said. “So many Indians have felt invisible, like nobody cares about their concerns. It’s wonderful to see Paulette stepping out and bringing awareness to a bigger arena, wanting to be a voice for the people.”

In contrast to Jordan’s wide geographic audience, the vast majority of Little’s $3.25 million in campaign contributions have come from within Idaho.

Alice Hennessey of Boise has known Little for decades, but got to know him best when he served on the board of the Idaho Community Foundation. The organization, which Hennessey helped co-found in 1988, serves as a clearinghouse for charitable grants and donations to worthy causes across the state; it now manages about $180 million in assets.

“Brad was a very effective board member and served as vice chair when he became lieutenant governor,” she recalled. “Very few people have broad knowledge of the entire state — of agriculture, rural life and all the local communities. He’s one of the few who does.”

Jordan’s grasp of the issues, by comparison, is “shallow” and lacking in specifics, she said. “That really troubles me. I can’t imagine why anyone would want to go with shallow.”

Linden Bateman contributed $100 to Little. The former Idaho Falls state representative, who was one of the Legislature’s premier historians and a lover of all things Native American, has a unique perspective on both candidates: He served in the Legislature in the 1970s and ‘80s with Little’s father and uncle, then returned for another three terms from 2010-16, when he served with Jordan.

“My office was right next to hers,” Bateman said. “If I was sick, she’d bring in roots or native recipes for me, and she’d talk to me about her tribal history. I have a wonderful feeling for Paulette in my heart, but I just don’t think she has the qualifications (to be governor). Brad has great knowledge of the various departments in state government. I think he’d be a good nuts-and-bolts governor.”

Former Lewiston senator Joe Stegner got to know Little after the Emmett rancher was appointed to the Senate in 2001.

“He had a respected political name,” Stegner said. “His father and uncle had both served in the Legislature, in powerful positions. He’d been a legislative page himself and had served on boards and was very knowledgeable. He came in with a lot of credibility.”

It wasn’t until the two took a road trip to Utah, though, that the breadth of Little’s knowledge really became apparent.

“It seemed like he knew the history of every piece of property we drove by,” Stegner said. “I don’t think he can cross the street without running into five people he knows. (Gov.) Butch Otter has those kinds of connections, but there isn’t another politician in public office today who has anywhere near the political history and knowledge of Brad Little.”

While his long-term relationships may strengthen Little’s understanding of regional issues and concerns — and improve his ability to “get ‘er done” — they also open him to Jordan’s generic criticism of Idaho’s “good ol’ boy” establishment.

She doesn’t cite specific concerns regarding Little, but many of his contributions come from corporations and organizations that conduct business with the state, or from special-interest lobbyists.

“The governor shouldn’t be able to contract with his friends, and then have them funnel money to his campaign,” Jordan said. “When a governor uses his authority to his own benefit, that’s corruption.”

Jordan’s own campaign finance reports, though, highlight questions about her ability to form working relationships even within her own party, much less with Republicans.

For example, while Little received donations from at least 30 incumbent lawmakers, not a single Democratic incumbent who served with Jordan in the Statehouse has endorsed her or contributed money to her campaign.

“The fact that none of her colleagues have endorsed her is just shocking,” Hennessey said.

Unusually, the criticism directed at Jordan by her fellow Democrats — including the late columnist Chris Carlson, who described her as “the most unqualified candidate I’ve seen in years” – has been harsher than anything Republicans have said. It raises questions about whether Republican voters will simply stay home on Nov. 6, thinking the election is in the bag.

“I really hope we have a good turnout,” Little said. “The political graveyard is full of people who thought they had it made, until no one showed up.”

Jordan’s not giving up without a fight, though. She, too, is encouraging people to get out to vote.