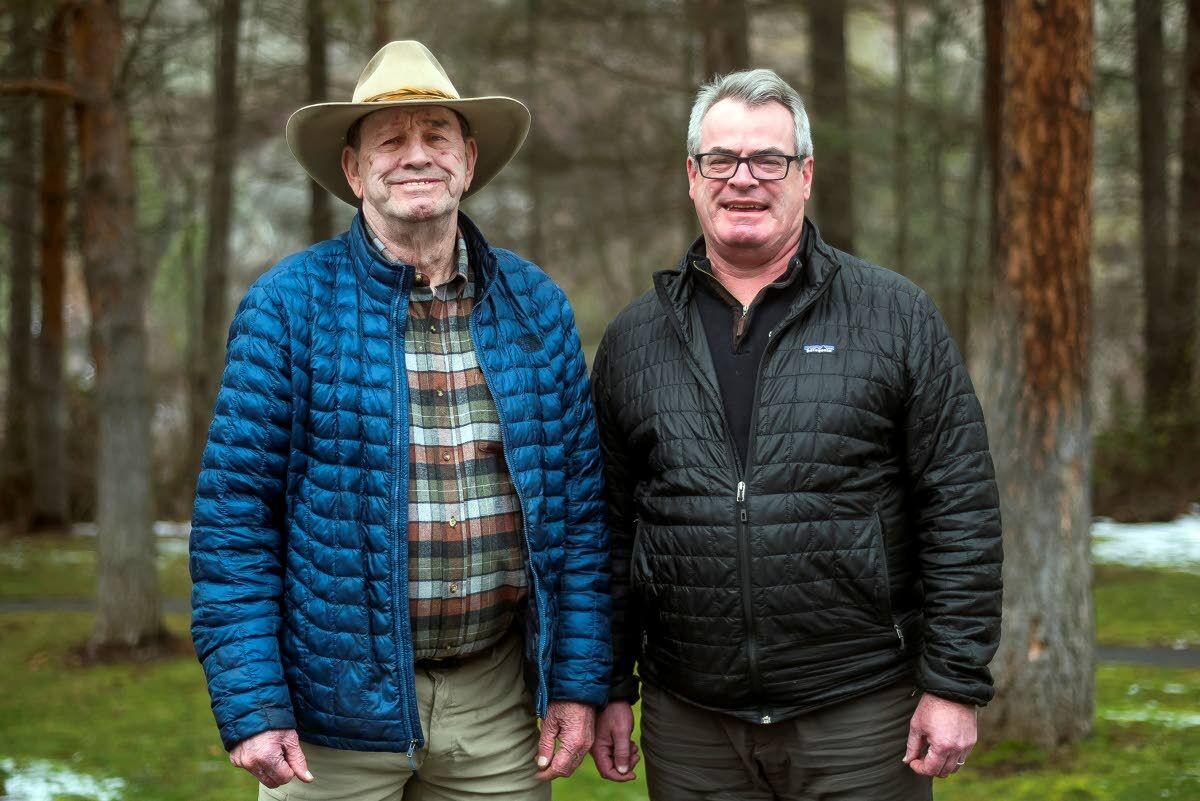 Chuck Cuddy (left) and his son, Brad Cuddy, pose for a portrait in January last year in Lenore. 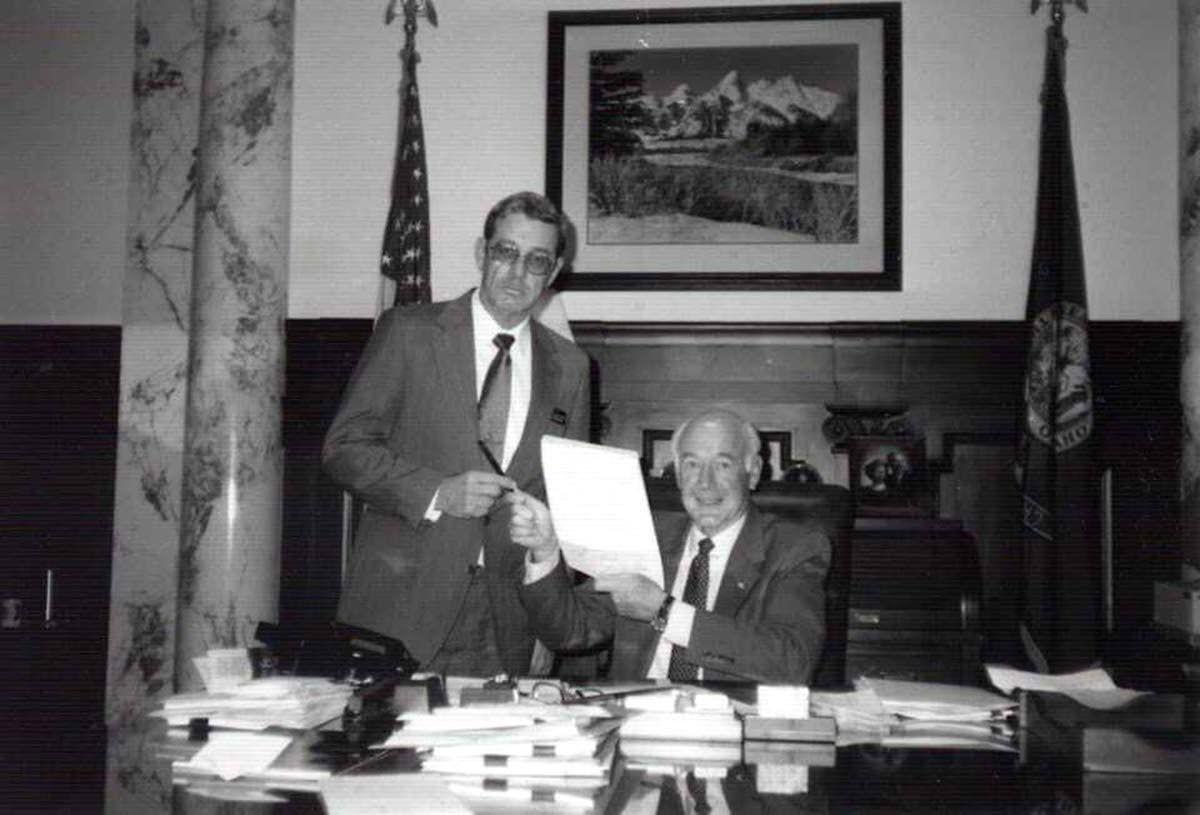 Former Rep. Chuck Cuddy, D-Orofino, is shown with then Gov. Cecil Andrus, who himself had represented the Orofino area, as a senator. 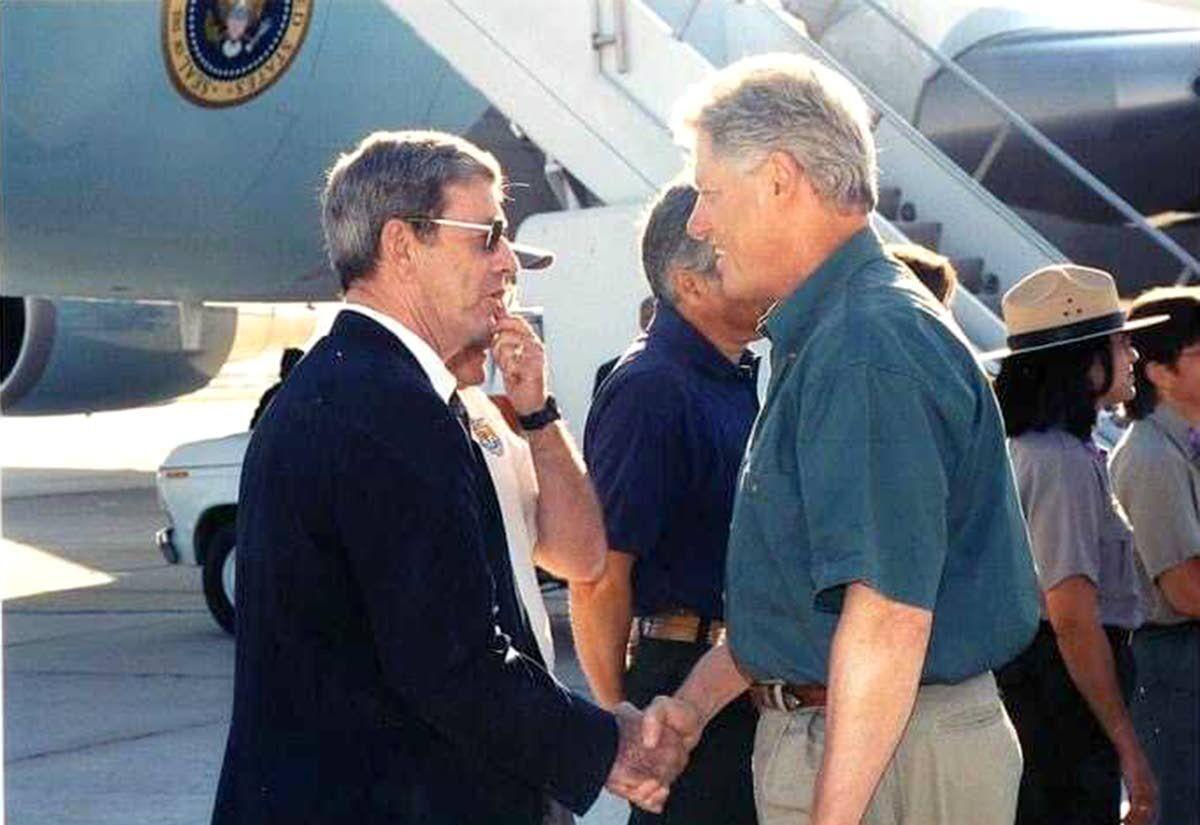 Chuck Cuddy, who represented Orofino and Clearwater County in the Idaho Legislature, is pictured meeting President Bill Clinton. Cuddy died Sunday from COVID-19, according to his family. 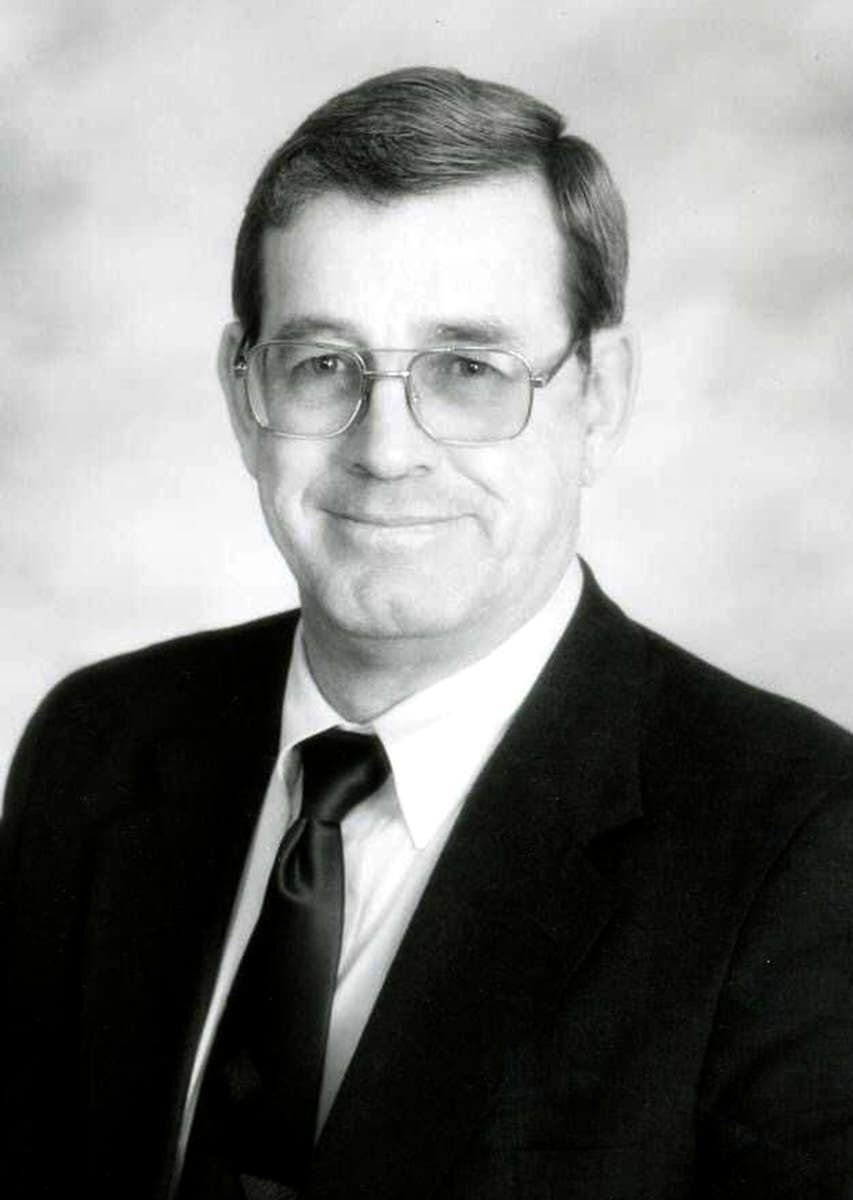 Chuck Cuddy (left) and his son, Brad Cuddy, pose for a portrait in January last year in Lenore.

Former Rep. Chuck Cuddy, D-Orofino, is shown with then Gov. Cecil Andrus, who himself had represented the Orofino area, as a senator.

Chuck Cuddy, who represented Orofino and Clearwater County in the Idaho Legislature, is pictured meeting President Bill Clinton. Cuddy died Sunday from COVID-19, according to his family.

Cuddy, 81, served seven terms in the Idaho House, representing his home base of Orofino and Clearwater County, as well as a mix of surrounding counties that changed during his time in office.

Cuddy was among the last of the conservative, practical, “lunch bucket Democrats” from the region who focused on families, jobs and natural resource issues.

“He was the kind of person you were glad to be associated with,” said former Rep. John “Bert” Stevenson, who served with Cuddy in the Idaho House, as well as on the Idaho Water Resources Board.

“Chuck was a Democrat, but that didn’t make a whole lot of difference,” said Stevenson, a Republican. “With him, whatever was right was right. And he was a fun person to be around. He was the kind of person, if he was your friend and knew you were in trouble, he’d have your back.”

“He was a good, good man,” Moyle recalled. “He had great stories. We’d sit in the back row and just shoot the (breeze). He knew what was going on, was very observant and could describe the politics at play on an issue. A reasonable guy, very conservative. I can’t say enough good things about him.”

Cuddy was born Sept. 23, 1939, in the little town of Southwick. He graduated from Kendrick High School, attended Lewis-Clark State College and went on to run his own surveying company.

“He was a wonderful father, the best granddad ever, a dedicated public servant, great husband and rock-solid part of the community of Orofino, Clearwater County and the state of Idaho,” said his son, Brad Cuddy, in a Facebook post. “He always amazed me with his versatility. He was a trophy rifle shooter, an avid hunter and angler, packed in the North Fork country with horses many times, helped my granddad run cattle and farm and was a successful business person.”

Rep. Caroline Troy, R-Genesee, graduated from high school with Cuddy’s oldest daughter, Jackie, and was in choir with his younger daughter, Carrie, who now serves as Clearwater County clerk/auditor/recorder.

“I loved him,” Troy said. “He was prouder than punch of his kids and grandkids. And I got a lot of good advice from him over the years. He always reminded me of my roots.”

Cuddy’s own family was rooted in public service. His grandfather served as county commissioner in Nez Perce County, and his father was commissioner in Clearwater County.

He was appointed to the Legislature in 1991, following the death of Orofino Rep. Paul Decelle. He subsequently defeated John Bradbury — now a member of the Lewiston City Council — in 1992 and continued to serve until 2004, when he was defeated in turn. He lost by 64 votes to Rep. Paul Shepherd, R-Riggins, who retired last year.

Fellow Democrat Shirley Ringo of Moscow only served a few years with Cuddy, but she remembers him as being “a wonderful gentleman” who “always had a smile on his face.”

He was also a fierce defender of blue-collar workers and natural resource jobs.

“We were on the opposite sides of some issues,” Ringo said. “I might look at a forest and see the beauty of nature. He’d look at it and see so many board feet. I think most of the Democratic caucus was a little more progressive, but when we wanted to get something done, we’d turn to him. He bridged the Republican-Democrat gap very effectively. He was our ambassador.”

House Speaker Scott Bedke, R-Oakley, first got to know Cuddy when they served together on the Federal Lands Task Force, and later served with him in the Legislature.

“I liked Chuck,” Bedke said. “He was level-headed, common sense, just a good guy. Because of his background and experience, he was so well-respected he would turn votes (during debate) on the House floor, on both sides of the aisle.”

Former Rep. Roger Chase of Pocatello served three terms with Cuddy and later served with him during Cuddy’s 10 years on the Idaho Water Resources Board.

“I can’t overemphasize the influence he had on me,” said Chase, another fellow Democrat. “He’s the guy who broke me in as a legislator. His heart was all about Idaho. That’s what I learned from Chuck: Good is good and bad is bad.”

According to Brad Cuddy’s Facebook post, his father died of COVID-19. He and his wife, Judy, had four kids. They’d been married 60 years at the time of his death.

Troy put Cuddy in the pantheon with other great Clearwater County lawmakers, like Marguerite McLaughlin and Cecil Andrus.