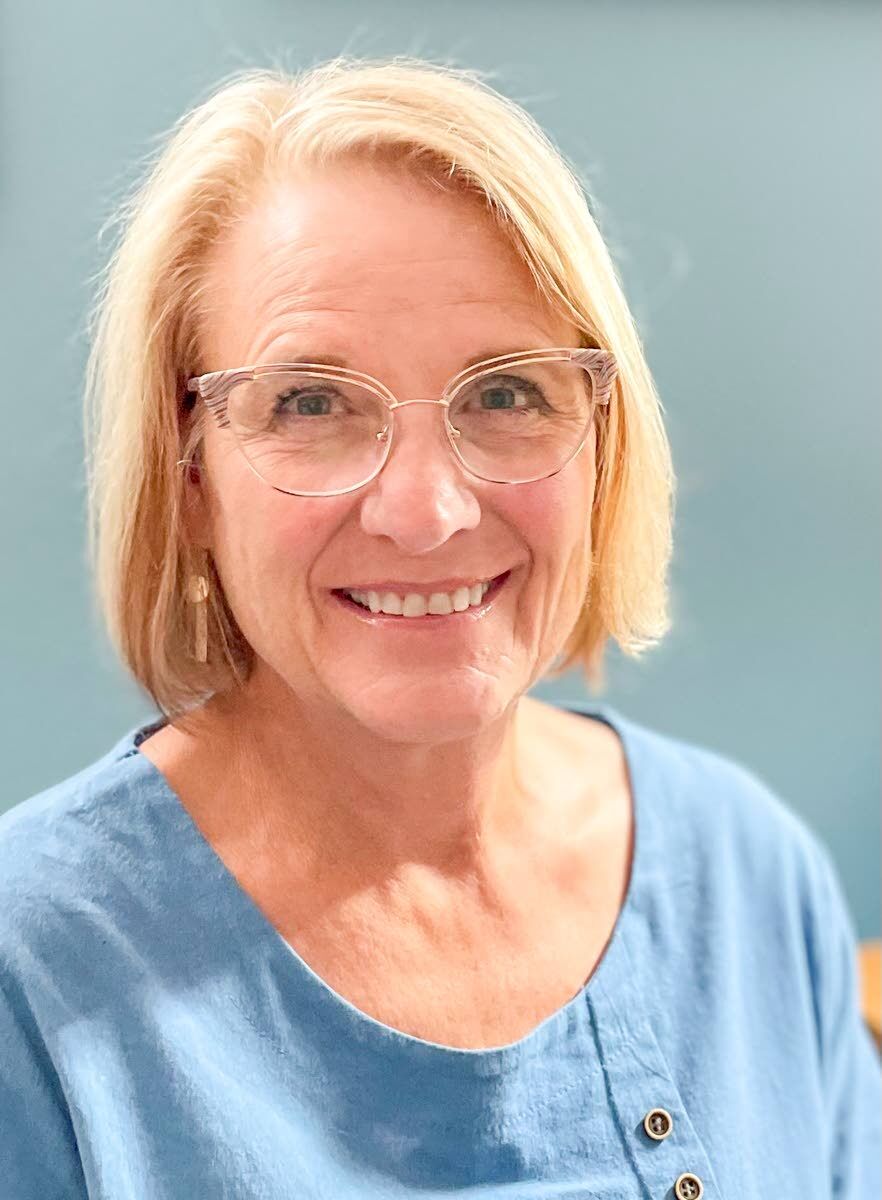 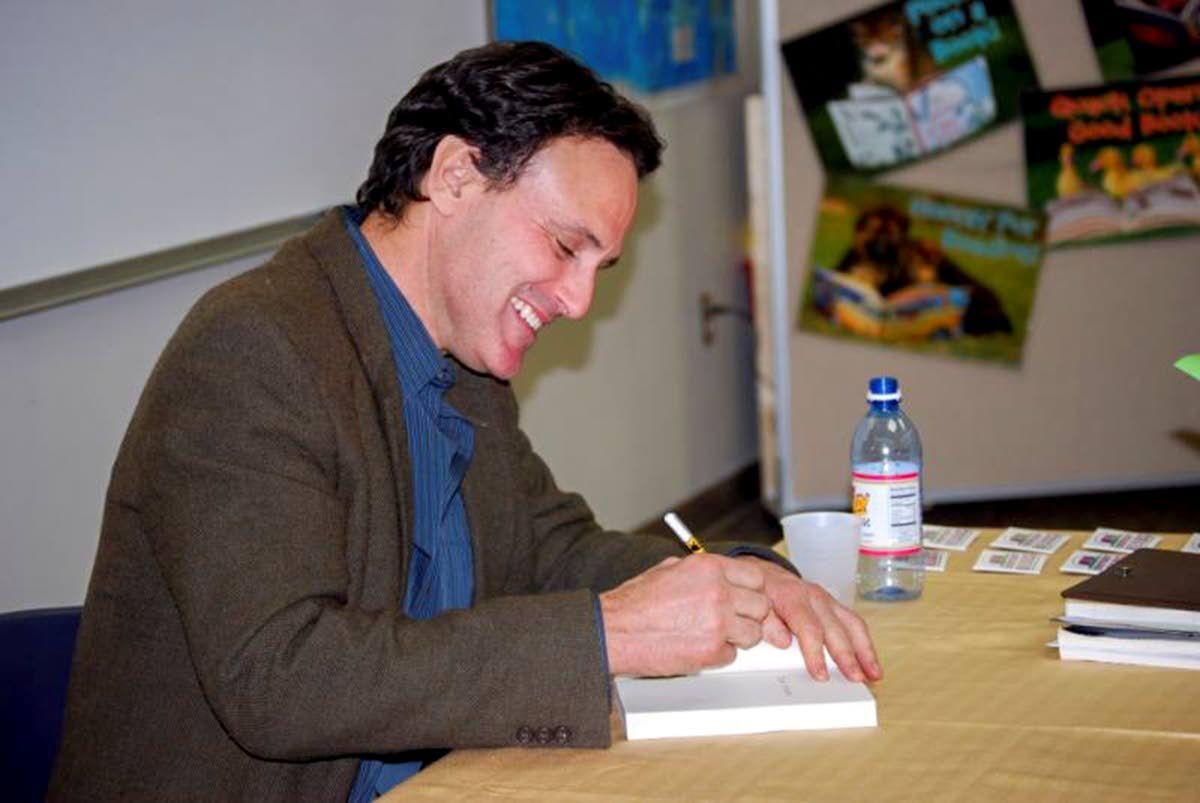 ABOVE: Award-winning author David Guterson is one of the many authors featured over the years at the Lewiston-Clarkston Valley Everybody Reads program, which got its start on Sept. 11, 2001.right: “Riding the White Horse Home” by Teresa Jordan was the first book chosen for the communitywide reading program. 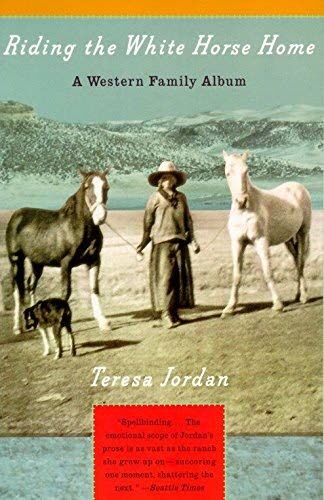 The cover of “Riding the White Horse Home” by Teresa Jordan.

ABOVE: Award-winning author David Guterson is one of the many authors featured over the years at the Lewiston-Clarkston Valley Everybody Reads program, which got its start on Sept. 11, 2001.right: “Riding the White Horse Home” by Teresa Jordan was the first book chosen for the communitywide reading program.

The cover of “Riding the White Horse Home” by Teresa Jordan.

We had chosen Sept. 11, 2001, as the date to debut our new community reading program, What if Everybody Read the Same Book?

We invited all the local media to our press conference. It’s a bit of a rarity to hold a press conference for a library program, but in 2001 the concept of a community-wide reading program was brand new.

I was in charge of bringing the coffee and tea for the morning’s big announcement, so I left extra early to make sure everything ran smoothly. National Public Radio was on as I backed out of the driveway. “What was the news reporter saying? Did he say that apparently a plane has crashed into one of the Twin Towers? That can’t be right.” I turned up the volume. It was right.

I called my husband demanding he turn on the television. He was stunned. I stopped at the Clarkston Albertsons to buy the coffee supplies and told the young cashier what had happened. He looked at me like I’d lost my mind. When I got to Asotin County Library, one of the librarians was frantically setting up a TV. We listened and then watched the second plane hit the towers, the coffee and pastries forgotten.

Amazingly, reporters and community members showed up for our press conference. We were dumbfounded. Asotin County Library Director Jennifer Ashby asked, “Why are you here when there is earth-shaking news going on?” They replied that they couldn’t cover anything directly. People in New York were covering it. So, we got up and talked about our program, a fabulous program that continues to this day as Everybody Reads.

After the press conference, the Tribune reporter told us that no one would absorb the article if it was published the next day, so they would hold it for two weeks. By then, some of the shock would have worn off and it would get more attention. While we thought the world was falling apart, the local media listened to us that day, and a community reads program was born.

The program now known as Everybody Reads started in 2001 when Jim Hepworth, publisher of Confluence Press, contacted Ashby and myself (I was a librarian at the time with Lewiston City Library), to flesh out the idea of a community reads program. The goal of the program was to bring an author to the Lewiston-Clarkston Valley for several days of literary events such as book discussions, writing workshops and school visits, providing various opportunities for individuals and families to interact, discuss and explore the selected book.

The first book featured was “Riding the White Horse Home,” by Theresa Jordan. She discussed her novel at Asotin County Library, Lewiston City Library and was the featured author at the annual Wallace Stegner Lecture at Lewis-Clark State College.

In those early years, program memories include author John MacLean discussing his book, “Fire on the Mountain,” featuring a panel of area firefighters. Young adult author Chris Crutcher discussed his book, “Whale Talk,” with students at the Juvenile Corrections Center in Lewiston.

Over the years supplemental programs were added. What If Every Child Read the Same Book was added and later morphed into LCSC’s annual Score a Hit with Reading program, in which all sixth graders in the valley and Lapwai read the same book and are visited by baseball players during the Avista NAIA World Series.

Everybody Writes was a writing component to the program and for years community members submitted their stories prompted by the Everybody Reads selection.

Everybody Reads has grown to encompass libraries from all over our region. Highlights of past programs include author Gregg Olson serving cookies to attendees as he shared his award-winning book, “The Deep Dark: Disaster and Redemption in America’s Richest Silver Mine.” The program has also featured several award-winning authors, including C.J. Box, Jim Lynch, David Guterson, Emily Ruskovish and Molly Gloss. In 2015, Everybody Reads hosted Pulitzer Prize-winning author Anthony Doerr to discuss “All the Light We Cannot See.”

It has been 20 years since that fateful day in September. On that day, we had planned to celebrate the power of reading and our community. We were subdued and delayed, yet our communities supported the program idea. Since that horrid attack, communities on both sides of the river, up and down eastern Washington and northern Idaho have come together to share stories, engage in lively discussions and enjoy a good book.

I look forward to seeing you all at the next Everybody Reads program.

Stout is a retired librarian, formerly with the Lewiston City Library.